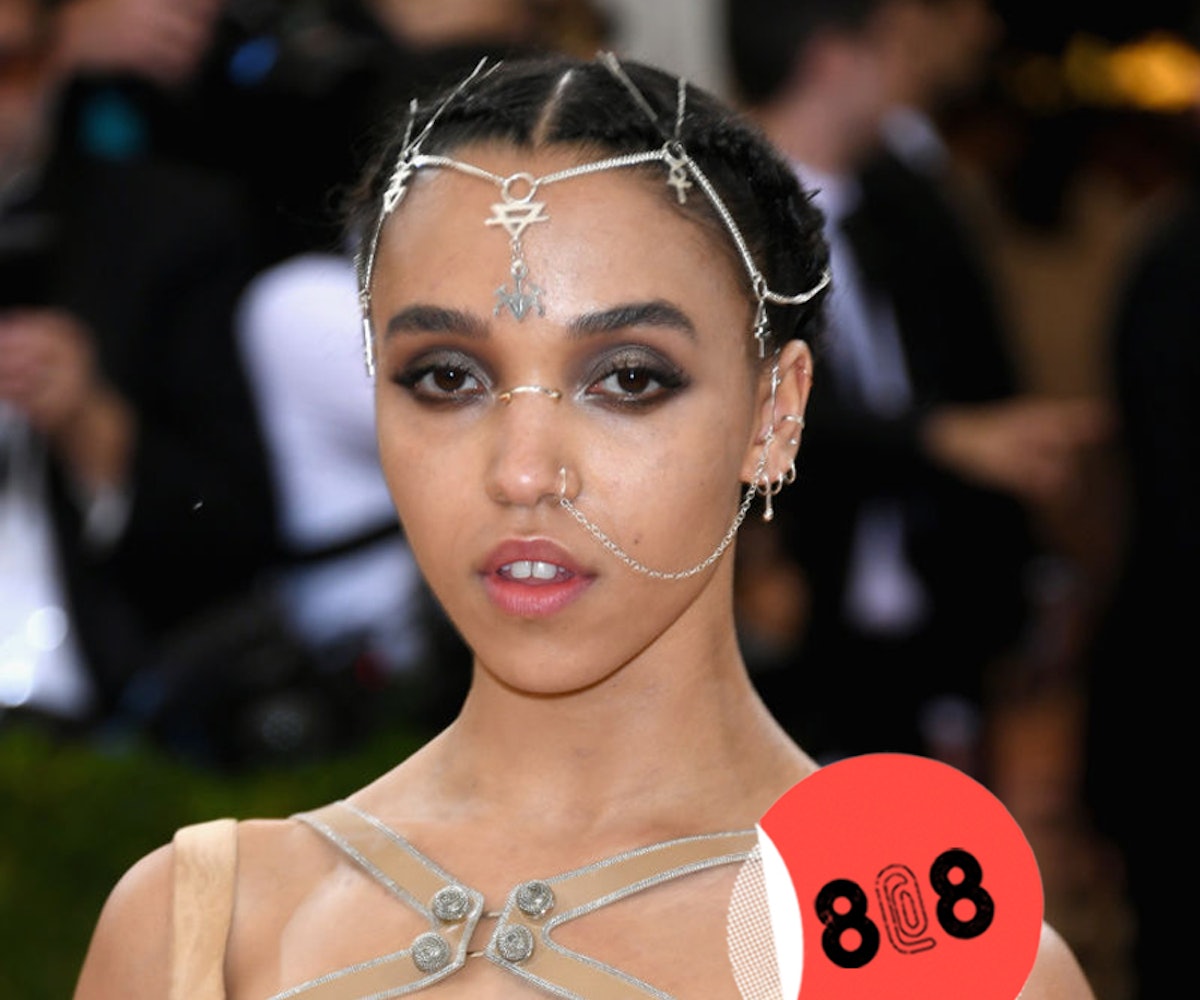 + FKA twigs' captivating seven-day performance from Manchester's Old Granada Studios, Soundtrack7, has been compiled into a 52-minute film. The film is described as an "abstract autobiographical piece," and features music from EP2, as well as new material like "Good to Love." Soundtrack7 is set to premiere on August 3 at the Brooklyn Academy of Music.

+ Just when you thought the Brock Turner case couldn't get any more frustrating, upsetting details have emerged. New courtroom transcripts revealed that the anonymous victim had to answer incredibly invasive questions on her drinking and eating habits. Jane Doe addressed the questioning in her victim impact statement: “To listen to your attorney attempt to paint a picture of me, the face of girls gone wild, as if somehow that would make it so that I had this coming for me."

+ If there was any doubt about 2016 being the year of the throwback, My Chemical Romance's revival seals the deal. The band posted a mysterious clip to YouTube of the MCR flag blowing in a foggy wind while the intro to "The Black Parade" is playing softly in the distance. So, unearth those J-14 posters of Gerard Way and revive your fingerless black gloves from middle school because emo is back. Watch the cryptic clip, below.

+ From starring in his own mini-documentary/musical, "Keep Sailing" directed by Petra Collins, to the release of his much-anticipated collab single with Leaf, Lil Yachty is having a major moment. Watch the short film below, and bump "Nada" here.

Been avoiding those early morning spin classes lately? Perhaps some new workout gear will get you in the mood to hit the ground running. Lucky for you, Mara Hoffman just released a line of colorful activewear for fall 2016. The collection features an assortment of fun, tribal printed leggings, sports bras, and tank tops. Shop the collection here.

"Beauty is when you can appreciate yourself. When you love yourself, that's when you're most beautiful." —Zoë Kravitz