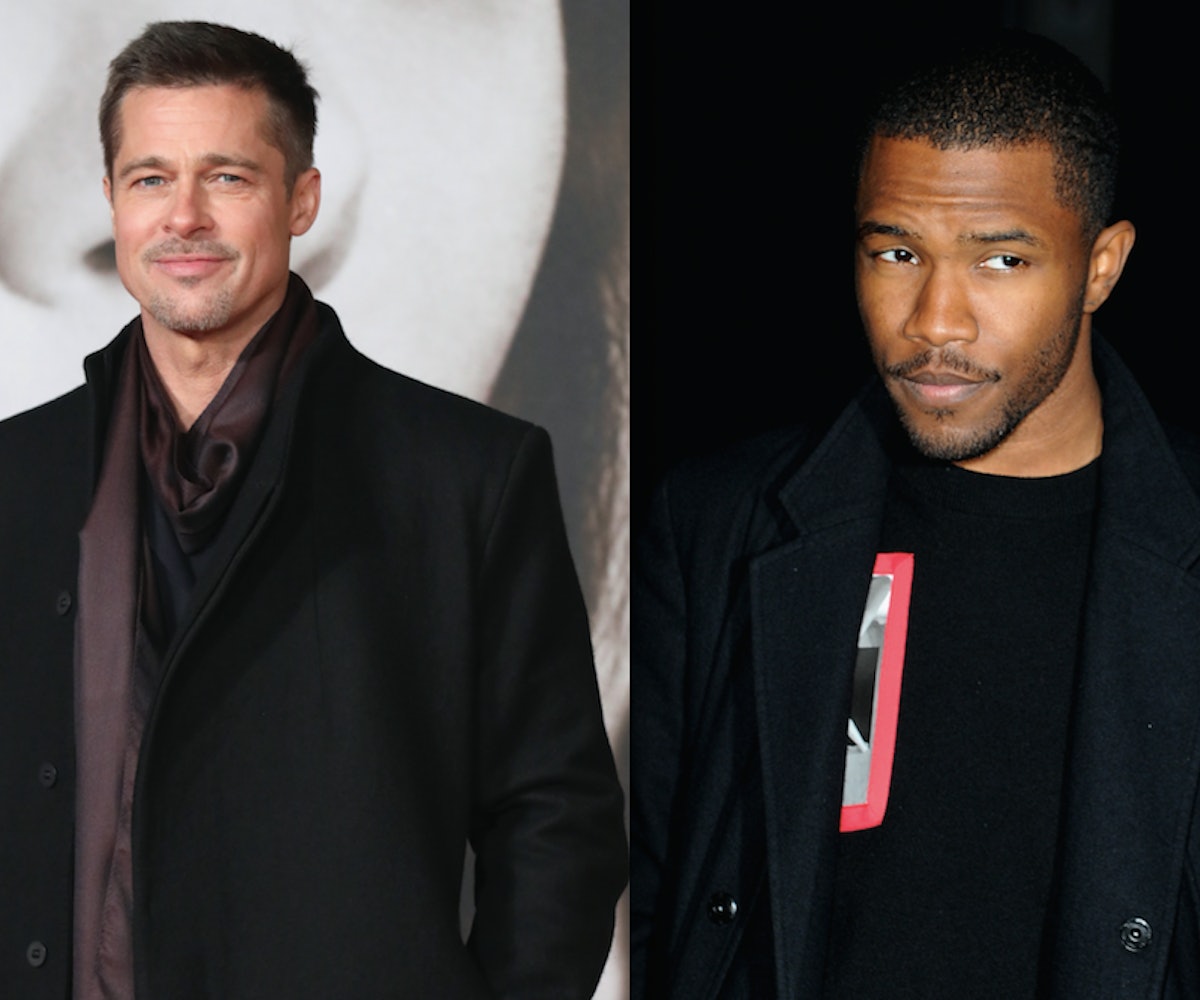 + If you (reasonably) never thought you would see Brad Pitt and Frank Ocean on the same stage, you were very mistaken. At the FYF Festival, Ocean brought out Pitt during a cover of Stevie Wonder’s rendition of “Close to You” by the Carpenters and serenaded him. We're confused, too.

+ Father John Misty is already mixing his new album right on the heels of the release of his latest album Pure Comedy. He shared the news with the audience at Metro Theatre in Sydney, Australia.

+ It seems like Justin Bieber got what was coming for him following years of misbehavior: The Beijing Municipal Bureau of Culture in China has banned Bieber from performing there moving forward, citing his misconduct as the reason. Yikes.

+ If there's anything Comic-Con gifts us with, it's all the trailers for all the shows we love. Head over to Vulture to see a list of them all.

+ Celebs, they're just like us! Big Sean is apparently a big fan of Star Wars, DC and Marvel Comics, and almost once caused a traffic accident while trying to meet Stan Lee. Who knew the lauded rapper was so into the Comic-Con scene?

Score an extra 30 percent off on sale items at Madewell using the code THINKBIG.