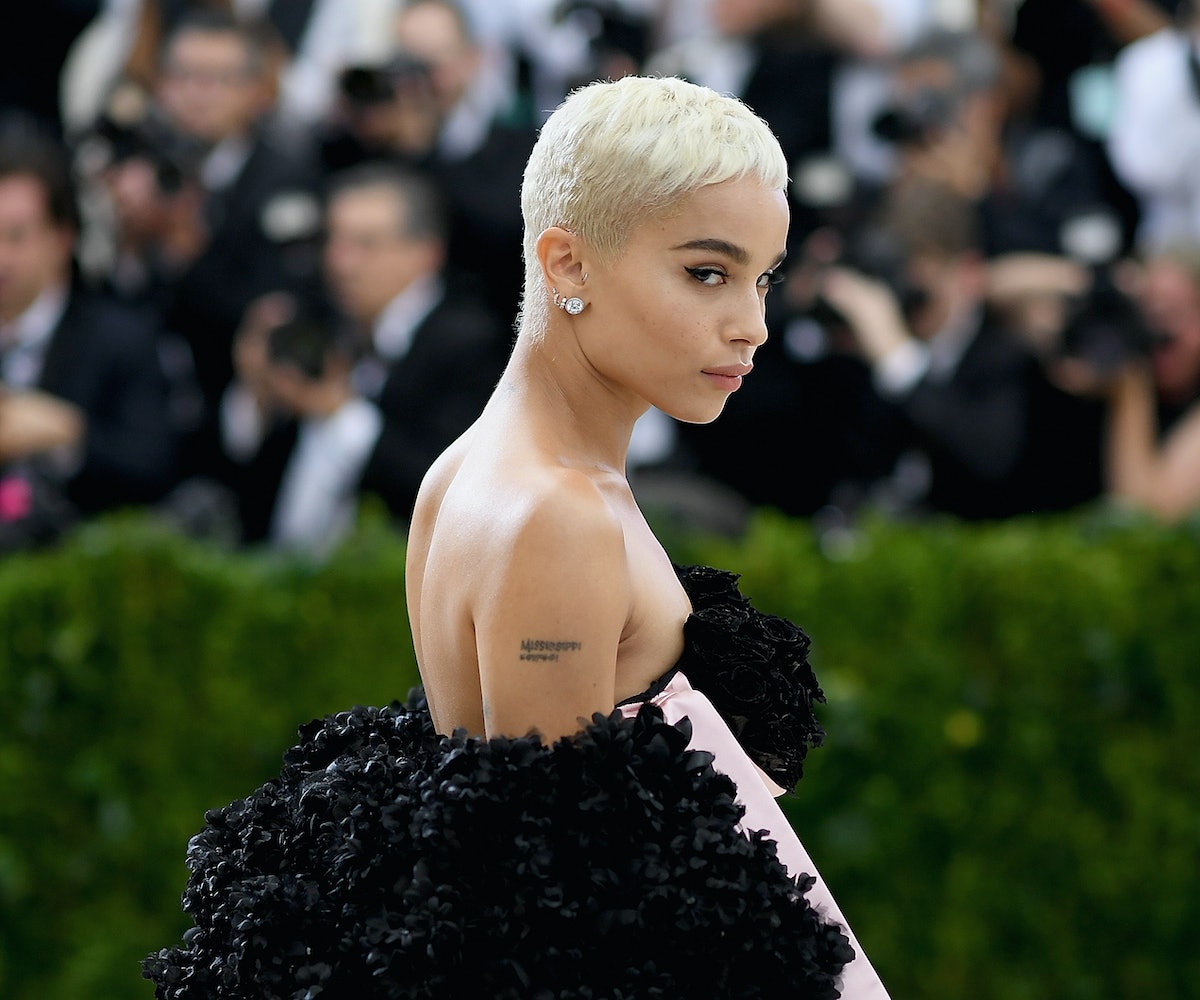 + Zoë Kravitz has some major bling coming her way: The actress was just named the new face of Tiffany & Co., appearing in the brand's Fall 2017 campaign. Other celebs, including Elle Fanning and Janelle Monáe, will join Kravitz in the campaign, named “There’s Only One,” celebrating individuality and self-expression. Congrats, Zoë!

+ The latest installment in Proenza Schouler's film series will stand with Planned Parenthood. Titled A Film for Planned Parenthood of New York City, the video stars activists and artists Grimes, Hari Nef, Jemima Kirke, and many more, as they offer thoughts on what it means to be a woman today. Watch the powerful video, below.

+ Nori and Saint will start 2018 with a new baby sibling. According to reports, Kim Kardashian and Kanye West are officially preparing to welcome baby number three. Kardashian’s surrogate, a mom in her late 20s from San Diego, is three months along with the baby. She's due around January of next year meaning they will probably be a Capricorn and therefore awesome.

+ Unusual weather patterns are striking again this fall. The Weather Channel predicts that the East Coast, South, and Midwest will all experience higher-than-average temperatures from September through November, while a small area in the Pacific Northwest will experience slightly cooler-than-average temps. Apparently, sweater weather will have to wait this year for most of us.

+ Virgil Abloh, the designer behind Off-White, was just chosen to costume the New York City Ballet’s fall gala, along with Laura Kim, Fernando Garcia, Jonathan Saunders, and Tsumori Chisato. The designers will be paired with choreographers and dancers to create custom costumes for the ballet’s September 28 performances. With previous designers for the gala including the likes of Valentino, Dries van Noten, Thom Browne, and other big names, it’s clear that this opportunity is a huge honor for this year’s chosen designers.

A great first date starts with total confidence, and that includes what you’re wearing. That’s why FINERY, the first wardrobe operating system, paired with Match, the world’s largest dating site, to create an opportunity for singles to show off and rate potential first date outfits amongst one another. And now, the results are in for most-liked and worst-liked outfits. Check out the amazing outfit inspo on the site, but always remember to wear what you feel comfortable in, no matter what others may think.

“I see the human in everyone and everything. No one is more important than anyone else.” – Zoë Kravitz