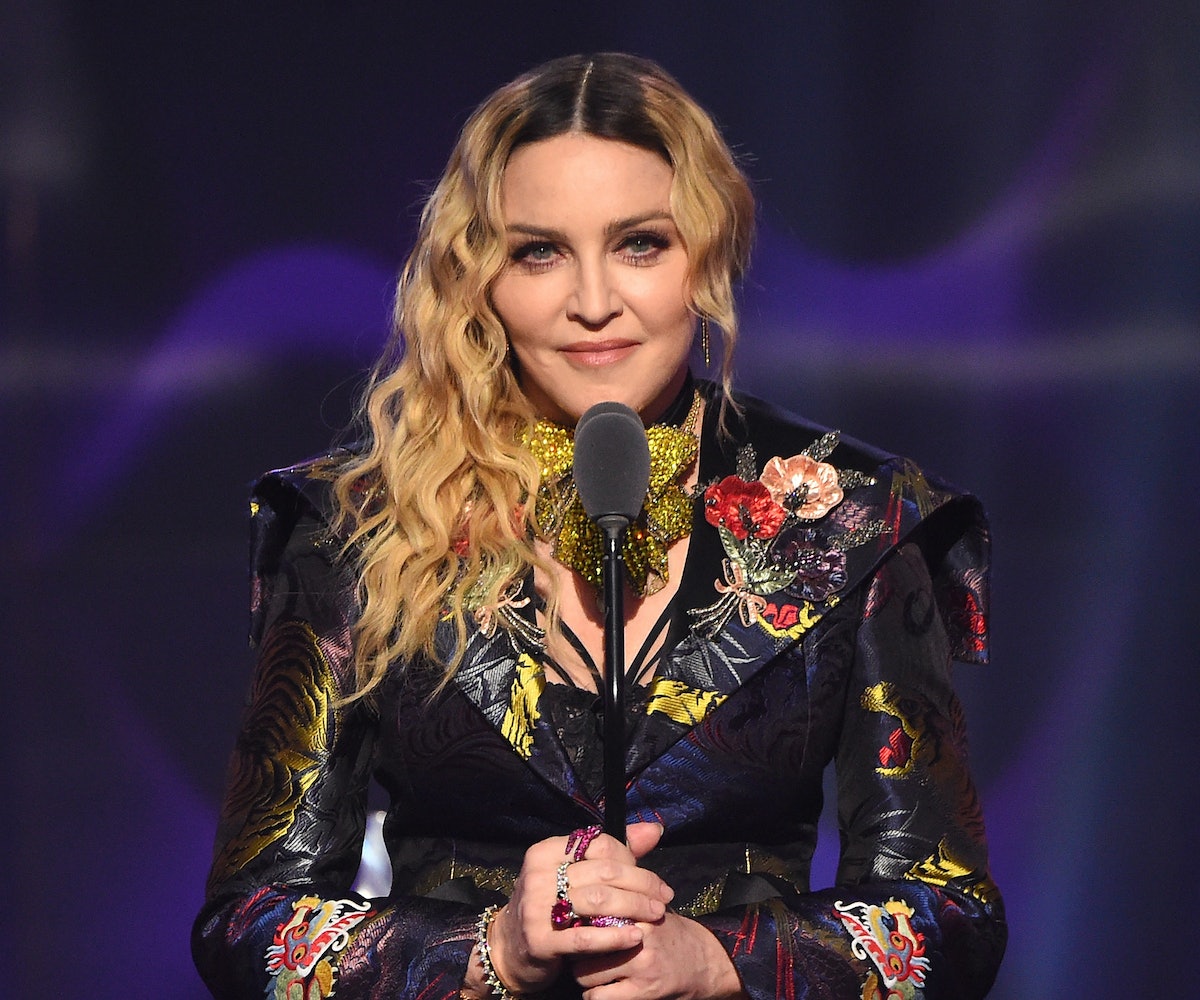 + A 1995 prison letter from the late, legendary rapper Tupac to Madonna was recently discovered, and revealed lots of details about the duo's relationship. In the three-page missive, Tupac apologizes to the pop star and requests to stay friends with her following their break-up. He also cited that he felt intimidated by her persona, by the fact that she was white, and requested that she visit him in prison to speak face-to-face. The letter, obtained by TMZ, will go up for auction starting at $100,000.

+ Solange and SZA are proving that social media can lead to true friendships. After Solange posted a video of herself listening to SZA’s “Love Galore,” the two tweeted back and forth about making plans to hang. New BFF goals, coming soon.

+ Actress Lupita Nyong’o is rocking a new hairstyle. The natural hair icon debuted a lob of twists on Instagram over the holiday weekend, serving major inspiration for a versatile summer ’do.

+ All ’90s kids, raise your glasses. The alcoholic citrus malt beverage Zima, which retired from the shelves in 2008, is back for the summer. The drink was everyone’s fave since its release in 1993, so distributors decided to bring it back for another spin. It’s only here until Labor Day, so if you’re legal, stock up while you can.

+ Pucker up for Planned Parenthood with The Lipstick Lobby x Opening Ceremony’s new vibrant pink lipstick. Named “Kiss My Pink” and created by Studio71, the $19 vegan lipstick was created to raise awareness for Planned Parenthood. With 100 percent of net profits going straight to the cause, the splurge is worth every penny.

Lululemon launched a new collaboration today with cult workout The Class by Taryn Toomey. Designed with Toomey’s aesthetic, the 11-piece collection features comfortable pieces like seamless crops and bras, knit wraps, and ribbed leotards, plus towels and mats, all in a neutral, earthy color palette. Shop the collection here.

"I stand for freedom of expression, doing what you believe in, and going after your dreams.” — Madonna

NEXT UP
Life
October 2022's Must-Read Book Releases
Entertainment
The Meaning Behind Paramore's Disillusioned Anthem, "This Is Why"
Life
Unfortunately, An Amber Heard & Johnny Depp Trial Movie Is Coming
Fashion
This Y2K-Beloved Bag Is The Most Sought After Item Of 2022