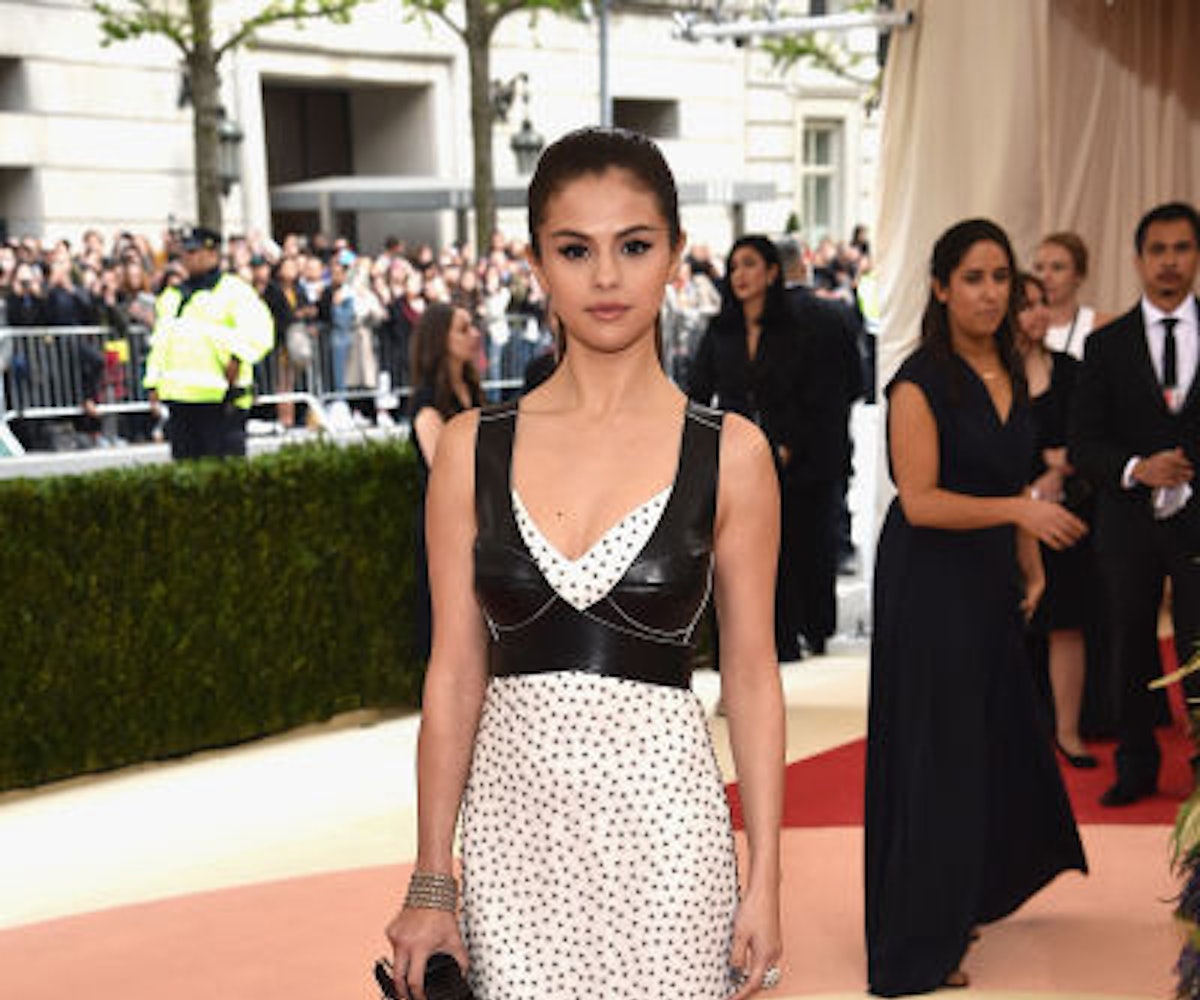 + Selena Gomez is featured in Louis Vuitton's new womenswear campaign, Series.5. The pop star was photographed by Bruce Weber alongside Rianne van Rompaey and Natalie Westling. Check out a preview shot from the campaign in the Instagram post, below.

+ James Blake's collective, 1-800 Dinosaur, will release its first album, 1-800 Dinosaur Presents, on July 29 with Trim. The London-based grime MC's record will have 10 songs from various members of the 1-800 Dinosaur production crew, including "RPG" and "Man Like Me."

+ Marilyn Manson and Courtney Love are the latest additions to the Marc Jacobs 2016 campaign. The pop culture icons join the likes of Cara Delevingne and Missy Elliott in promoting the upcoming collection.

+ Taylor Swift, Paul McCartney, and Vince Staples are among the 160-plus artists who have signed a letter to Congress urging for reform of the Digital Millennium Copyright Act. The petition, which will appear in DC-based publications this week, specifically calls out YouTube's role in hurting songwriters and artists by allowing illegal distribution.

+ Kaia Gerber is the new face of Miu Miu's Sceneique eyewear campaign. The 14-year-old makes her video debut, decked out in butterfly lenses, for the first campaign advertisement which you can watch, below.

The Dreslyn has officially launched a beauty department to carry a collection of bath and beauty products by brands such as Oribe, BUTTERexlier, and Helmut Lang. View the entire inventory here.

"I realize everybody wants what they don't have. But at the end of the day, what you have inside is much more beautiful than what's on the outside!" —Selena Gomez