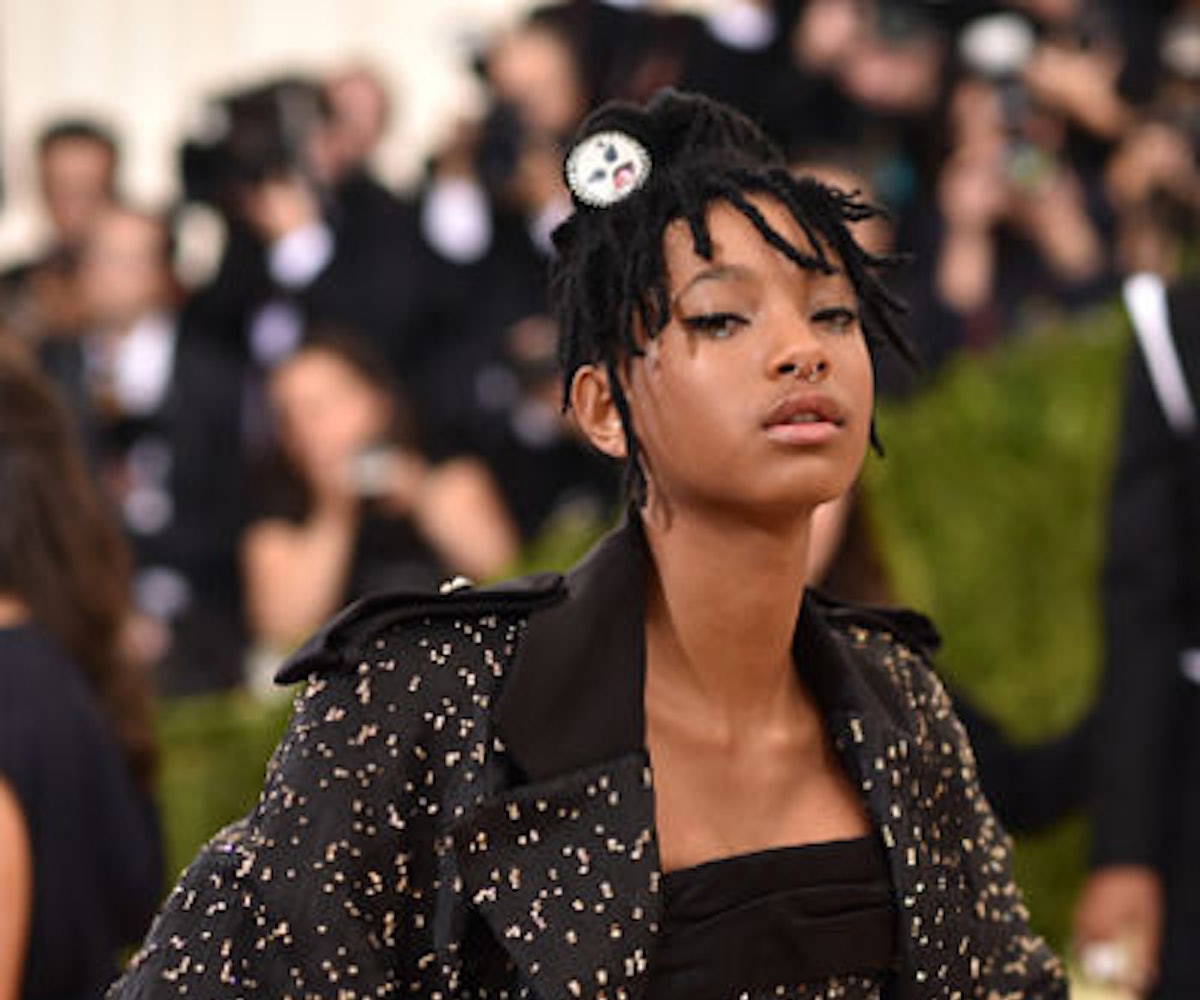 + Willow Smith recently posted a solo photo to Instagram wearing a white shirt with the word "BE" featured in rainbow lettering. Baja East created this "Be Proud" shirt to support the Orlando, Florida, victims and will donate all the proceeds to the Pulse Victims Fund. Funds from the $95 tee go directly to the fund to help the families and survivors of the shooting. Other celebrities such as Miley Cyrus, Zac Efron, and HAIM have sported this tee to show support too. You can purchase the shirt here.

+ "Mattress Girl" Emma Sulkowicz received the 2016 Woman of Courage Award by the National Organization for Women. Emma got her name after she carried her dorm room mattress around with her from September 2014 to May 2015, in protest of her accused rapist getting off with no charges. This was the powerful way Sulkowicz wanted her rapist and her story to be known, and by doing so, she made a huge step for sexually assaulted women everywhere.

+ Alexander Wang will step into the CEO and chairman positions of his self-named label as his sister-in-law, Aimee Wang, and mother, Yin Wang, will be stepping down. Mr. Wang won't just be about business, though; he will still remain as the creative director of his company, maintaining a heavy hand in the design process.

+ Freida Pinto will be joining the six-part Showtime-Sky Atlantic mini-series Guerrilla, which follows a couple that gets mixed up with political activist struggles in 1970s London. Freida's character, Jas, and partner, Marcus, will be responsible for tasks such as releasing a political prisoner and facing a counter intelligence unit set to defeat all forms of black activism. The show is set to start filming in London this summer.

+ Singer-songwriter Sampha just blew us away with his live performance of his new track "Plastic 100°C" recorded by The Fader. Sampha opens with a beautifully raw piano intro before breaking into lyrics about the pressure he personally feels. Check out the performance, below.

Glossier is offering a free neon orange transparent sun visor with every purchase over $30 until July 5 (while supplies last). This cute, limited-edition visor is great for those summertime barbecues, pool parties, and days you just want to sit around your house with a cool visor. Get shopping here.

"You cannot live your life to please others. The choice must be yours." —Anne Hathaway