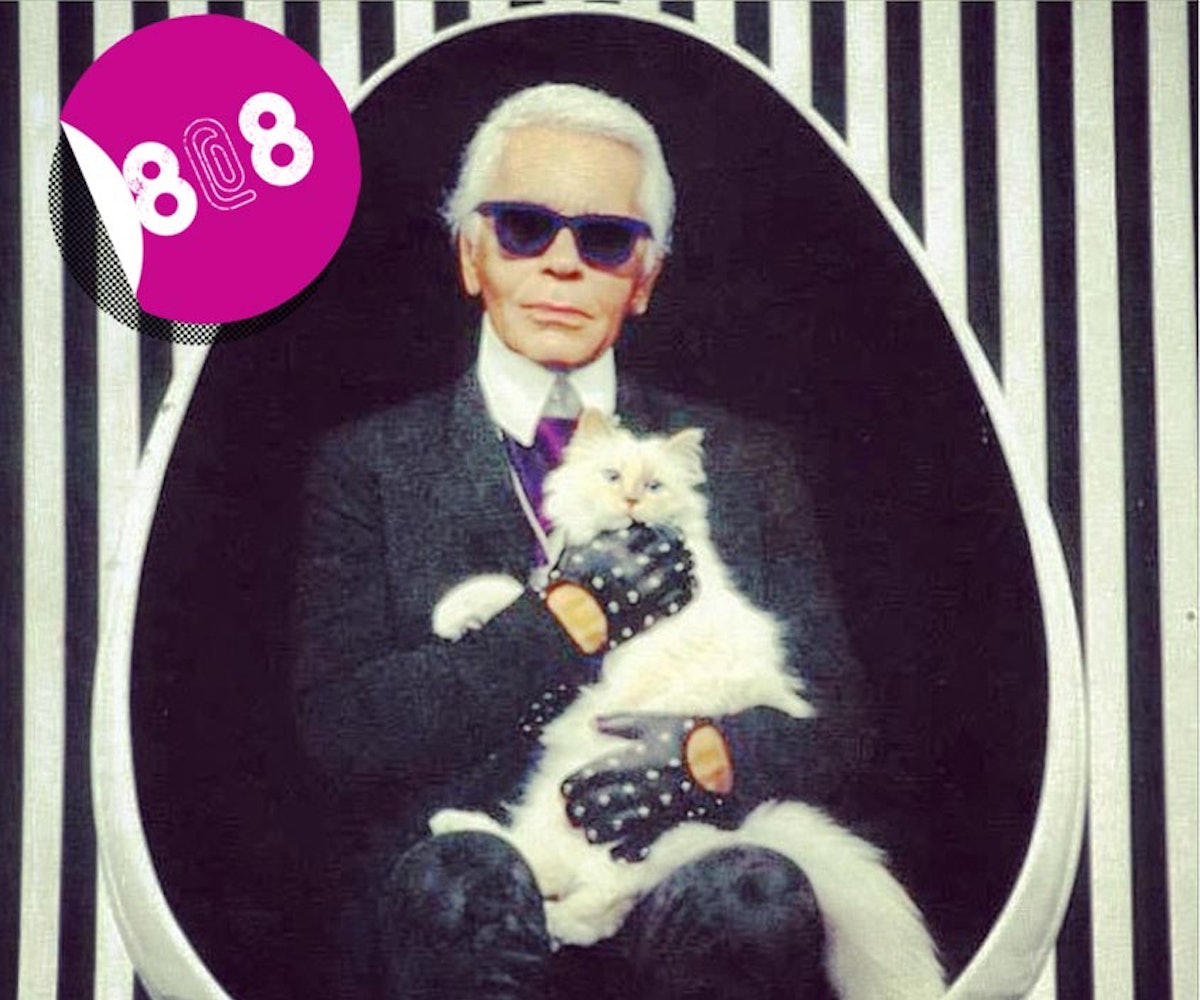 Today is...National Dictionary Day! Time to impress your friends by brushing up and expanding your vocabulary.

News of the Day:+ Indie darling Ezra Miller has been cast in Warner Brother’s upcoming film, The Flash, out in 2018. Yes, we're totally surpised that The Perks of Being a Wallflower's Patrick will also be playing a superhero, but we're definitely not mad at it.

+ We will all start eating our veggies on the reg, thanks to Michelle Obama, who proved that doing so is as easy as getting "turnt up."

+ Get ready for a cute overload, because Karl Lagerfeld sent The Coveteur some crazy amazing footage of his purrfect friend Choupette, straight from his iPad mini.

+ Converse is taking a stand (pun intended) and has filed lawsuits with the U.S. District Court in Brooklyn and the International Trade Association against 31 retailers and manufacturers for copying elements of the brand’s iconic Chuck Taylor style.

+ Black Friday used to be about scoring major deals on new outfits, but over the lasy few years, it's been all about scooping up good tunes. Record Store Day's Black Friday celebration is back, where you'll be able to get your copy of exclusive releases from Jenny Lewis, The Flaming Lips, and Conor Oberst at your favorite indie record shop on November 28.

Deal of the Day:There’s just over two weeks left until Halloween. If you’re still in need of a costume, you’re in luck because American Apparel is offering major Halloween bargains with items up to 90% off.

Advice of the Day: "As a younger woman, that pressure got me down, but I've made my peace with it. With airbrushing and digital manipulation, fashion can project an unobtainable image that's dangerously unhealthy. I'm excited about the ageing process. I'm more interested in women who aren't perfect. They're more compelling." -Emma Watson