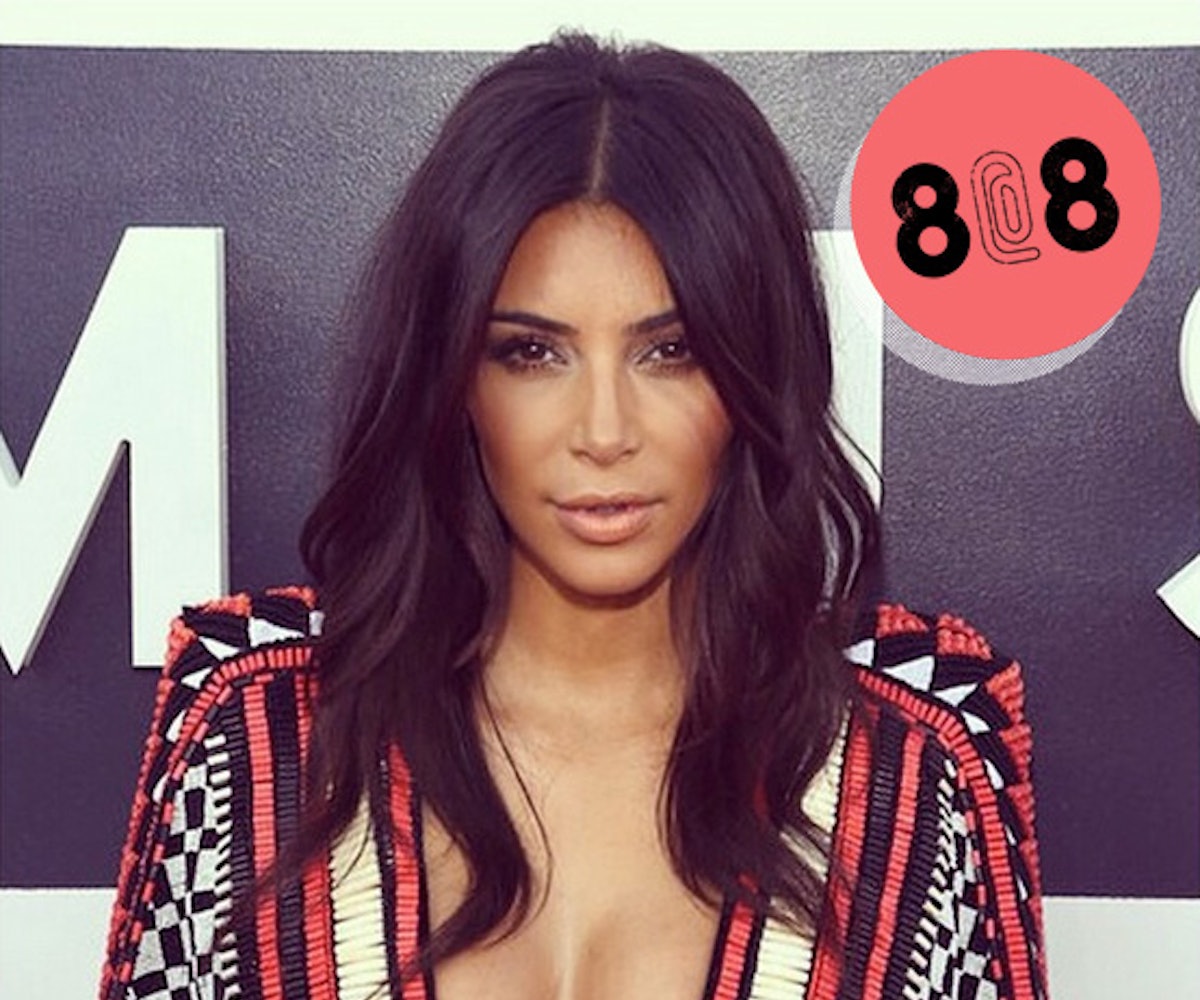 National Noodle Ring Day. It's #tbt so channel your school days and make some rad arts and crafts.

+Watch out Kendall: Sofia Richie may be the next celebrity’s sibling to become a household name. It’s being reported that Nicole’s younger sister just landed a modeling contract with London’s Select Model Management, whose roster includes it-girls like Agyness Deyn, Jessica Hart, and Pixie Geldof.

+So umm...Kim Kardashian told Elle UK that she thinks God was behind her pregnancy weight gain. “I’d think God was doing this for a reason. He was saying: ‘Kim, you think you’re so hot, but look what I can do to you.’” Okay, then.

+In case there was ever any doubt as to whether Blue Ivy is one of the cutest children of all time, former Destiny's Child member Michelle Williams revealed the cutest thing Blue has ever done. And it's pretty darn cute.

Use the code "SELECT20" to bundle up and stay warm with Need Supply Co.'s 20-percent off of winter items sale.

Adivce of the Day:

"I can't even pick out my shoes in the morning, let alone plan the rest of my life." - Summer Roberts, The O.C.

NEXT UP
Fashion
Kim Petras Wore An All-Denim Homage To Britney Spears At The 2022 AMAs
Culture
Spotify Wrapped Is The Only Social Media That Doesn’t Lie
Entertainment
Precious Pepala Is Going From TikTok Covers To Her Own Resonant Songs
The Art Issue 2022
From Renaissance To Gemini Rights: The Stories Behind 2022's Best Album Covers