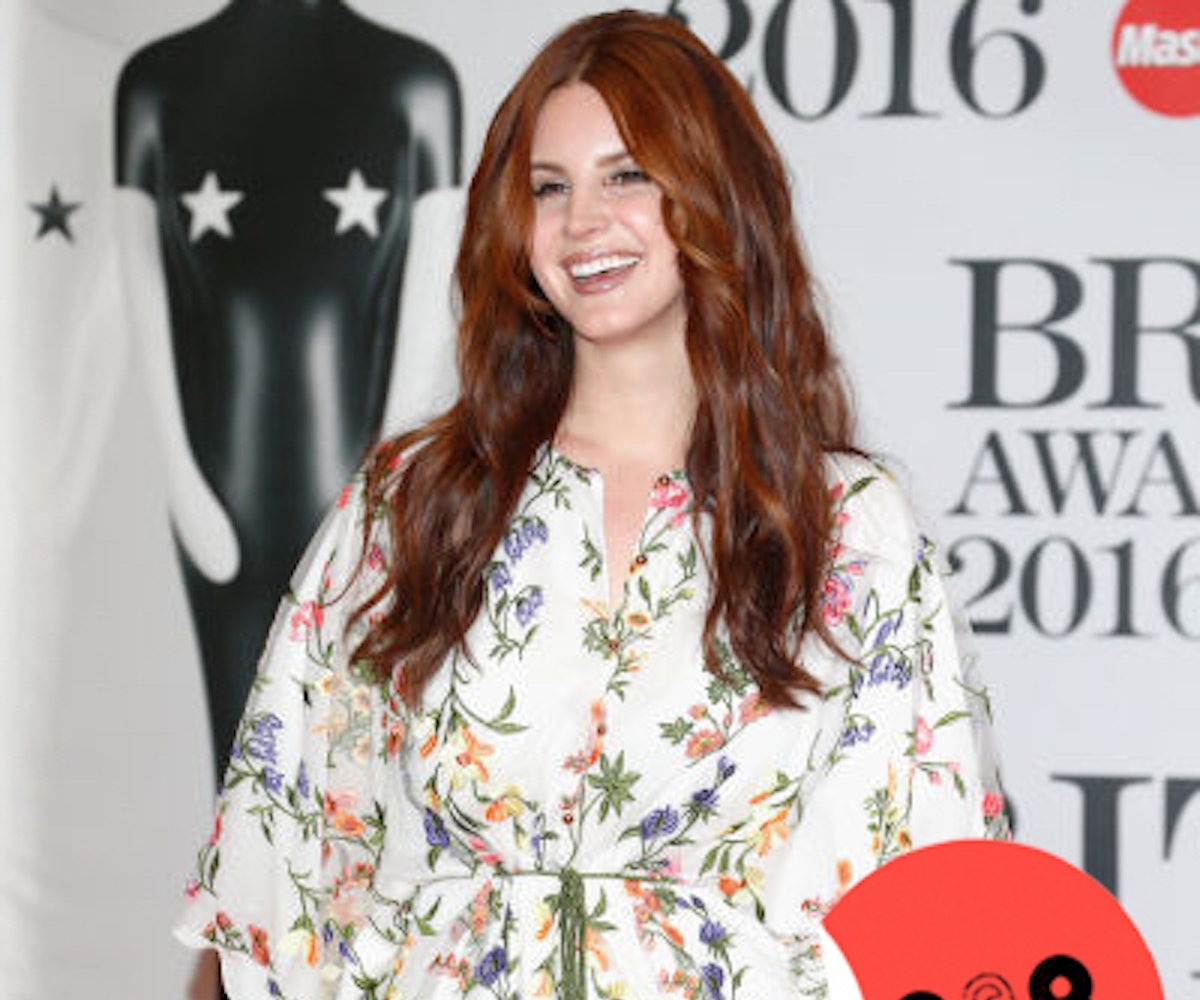 + Lana Del Rey isn't one for being in the public eye, but she does like to keep her fans informed about what's coming next in terms of her music. The singer-songwriter snapped a selfie in the studio to show that she's been working on her vocal grind. Even though Honeymoon was released this past September, we're not surprised that she's probably already started recording her next big project.

+ Mae Whitman is expected to make a cameo on the Gilmore Girls revival. TV Line reports that they can't share the details regarding her part, but it will be a real hoot for fans of the mother-daughter duo on Parenthood. (Lauren Graham is basically the best TV mom ever.)

+ We thought that online shopping was good enough, but clearly we were wrong because American Apparel is launching a one-hour delivery service. Now, consumers within 31 of America's finest cities will be able to rely on the company for their most urgent fashion crisis, like getting a denim jumpsuit in time for a party the same night. What a time to be alive.

+ Some might know Questlove as a DJ, member of The Roots, and published author. Now, you can add film scorer to his list of accomplishments. Questlove will be providing the musical score for Vincent N Roxxy, the romantic drama starring Kid Cudi and Zoë Kravitz, and will be premiering next month at the Tribeca Film Festival.

+ While we are sad to see shows like Girls and Togetherness leave HBO, we can't complain about all of the series that will be coming back to the network in April. Among the many titles: the sixth season of Game of Thrones, the fifth season of VEEP, and the third season of Silicon Valley. Oh, and we look forward to spending our nights glued to the TV as we rewatch flicks like Trainwreck and Paper Towns.

ASOS is offering 20 percent off spring dresses, shoes, and accessories. Get everything while it's in stock.

“It’s harder to be an observer when people are watching you... You have to go further inside because the outside world becomes a harder place to draw from." —Lana Del Rey