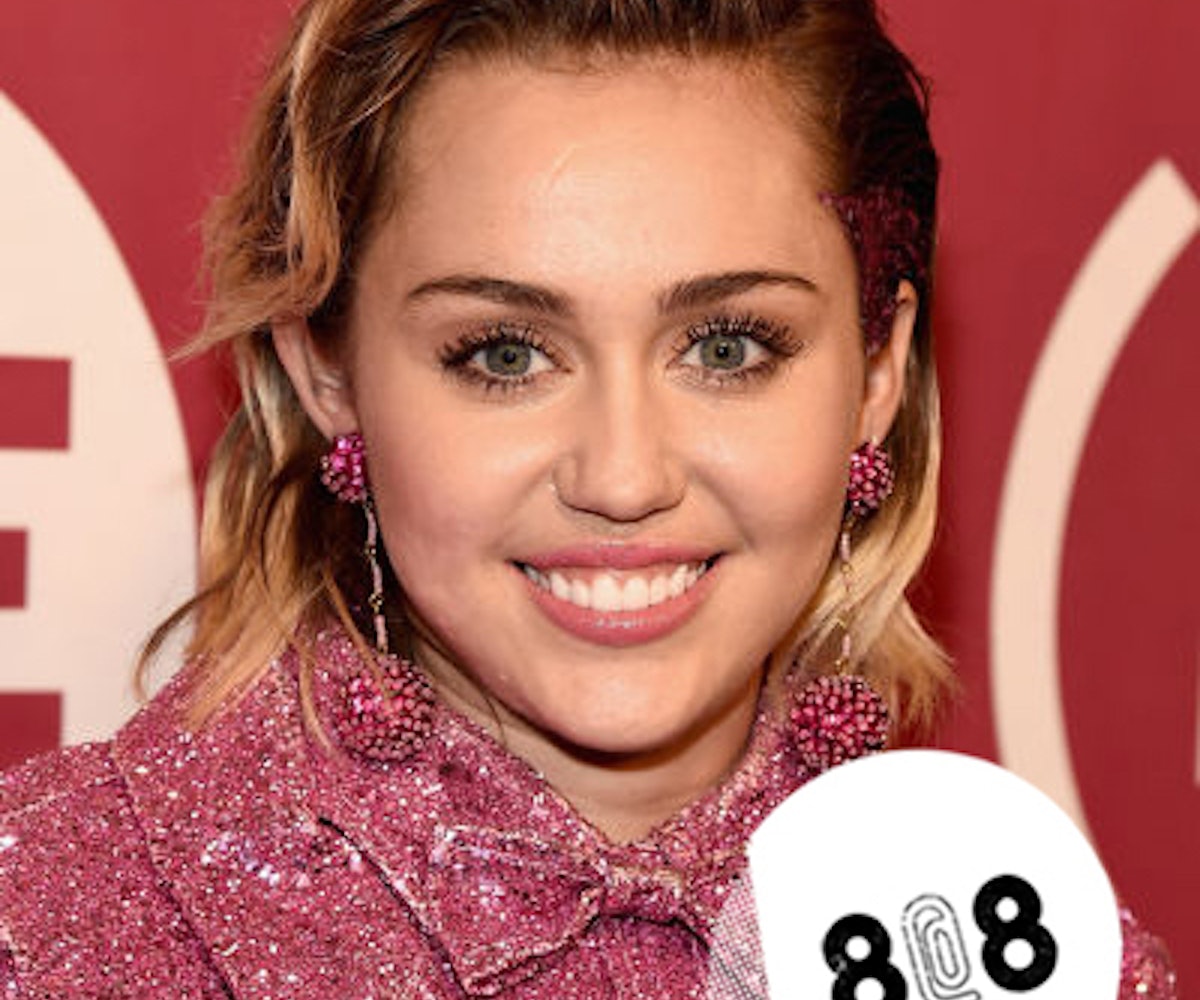 National Something On a Stick Day! (So like, a selfie stick?)

+ Miley Cyrus was rocking her 3.5-carat Neil Lane engagement ring at a New York Knicks game at Madison Square Garden on Saturday. Sadly, she and Liam Hemsworth were not caught on the no kiss cam as Miley went to the game with her mom and her sister, Brandi.

+ Thinking about investing in period-proof panties? You know we love THINX, but Cute Fruit Undies' Bloody Marys offers something that we have never ever seen before: high-waisted underwear with the face of anti-women's rights politicians smack dab on the crotch. Let freedom bleed.

+ New York City's Pizza Rat has been replaced by Pizza Squirrel in Chicago, Illinois. Defend your pizza because there are savages on the loose. Never forget that we live in an animal kingdom.

+ Hugh Jackman saved a bunch of kids from a riptide in Sydney, Australia, as one does. As if we needed another reason to love him, the man is a superhero in movies and IRL.

+ Lil' Kim officially has a mixtape on the way. The rapper announced that she'll be dropping Lil' Kim Season today.

Take an additional 30 percent off markdowns at Nasty Gal.

"I'm not going to become a costume version or caricature of myself; I like to morph." —FKA twigs