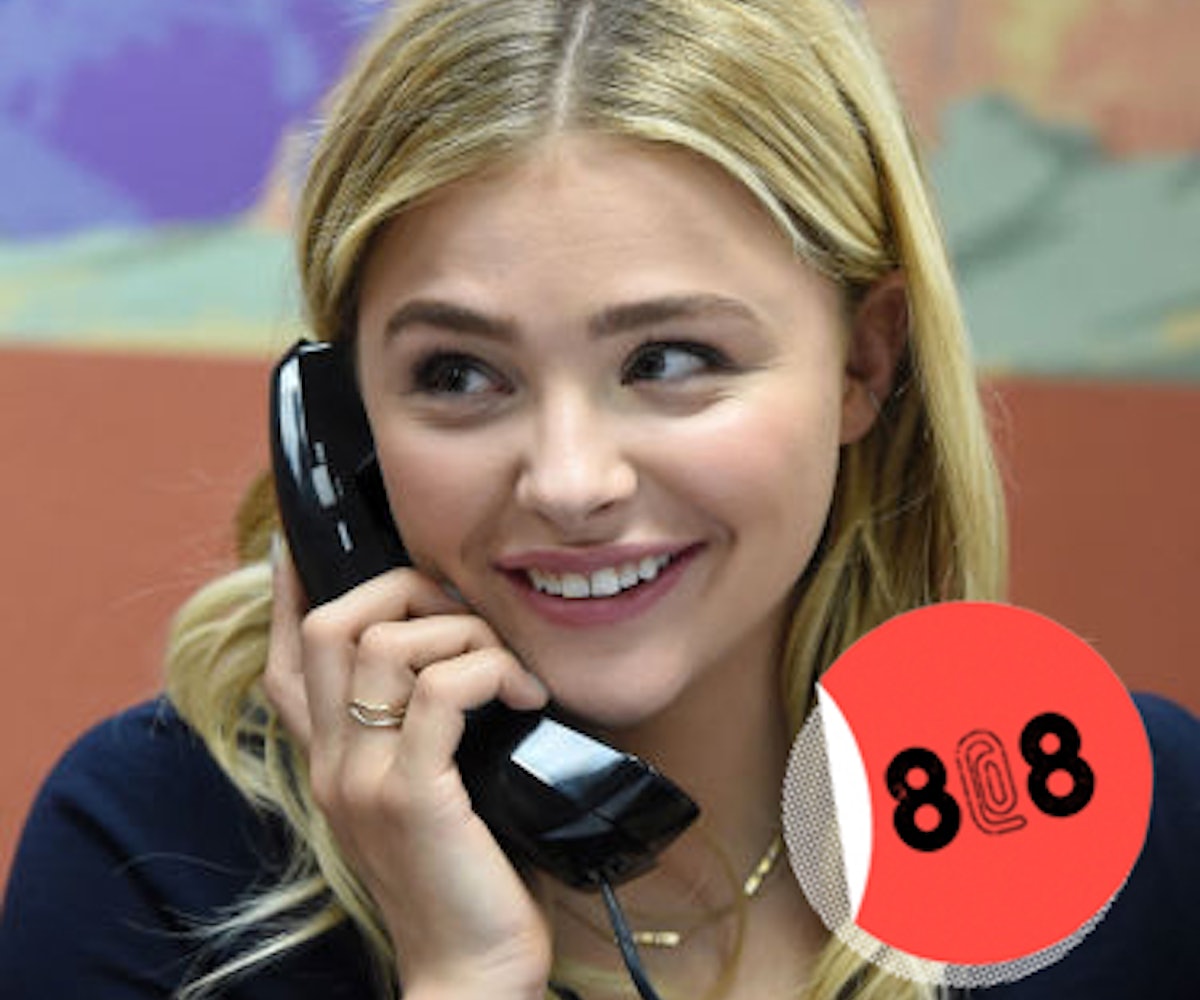 + Feminine hygiene care for all. In light of International Women's Day, Chloë Grace Moretz has joined forces with Days for Girls in order to help women across the U.S. have better access to feminine care. Moretz and the feminine hygiene organization have also partnered with Monthly Gift, a brand that sends high-quality femme products to women's doors once a month. Monthly Gift will donate a box of hygiene products for every box purchased in the month of March.

+ The British are coming, the British are coming! Once again, Alexa Chung is taking over New York City, this time for her Vogue U.K. "Future of Fashion" video series. While filming in "The City That Never Sleeps," Chung will be discussing the business of fashion and meeting with fashion business experts, like Joseph Altuzarra and Opening Ceremony's Carol Lim. Take a look at the first episode of the second series here.

+ Pop-punk band Bleached released a brand new song called "Sour Candy" that is an electrifying take on The Runaways. The single is fresh off their upcoming album Welcome the Worms due out on April 1 via Dead Oceans.

+ Amy Schumer fans, you're getting some good news today. The comedian has officially announced a release date for her book The Girl with the Lower Back Tattoo—a hilarious take on a well-known movie title. It's scheduled for release on August 16 and features, "personal and observational stories from Schumer that range from the raunchy to the romantic, the heartfelt to the harrowing."

+ Philadelphia-based artist Alex G released a beautifully nostalgic video for the track "Mud" off last year's Beach Music album. Shot in the musician's hometown, the simple cinematography lets viewers get a glimpse of his low-key lifestyle.

Soon you'll be able to potentially own some of Joan Rivers' most prized possessions. Auctioneer Christie's is selling 200 of River's belongings ranging from $200 to $200,000. Part of the proceeds go toward the late celebrity's favorite charities.

"If someone tells you you're not beautiful, turn around and walk away, so they can have a great view of your fabulous ass." —Miley Cyrus