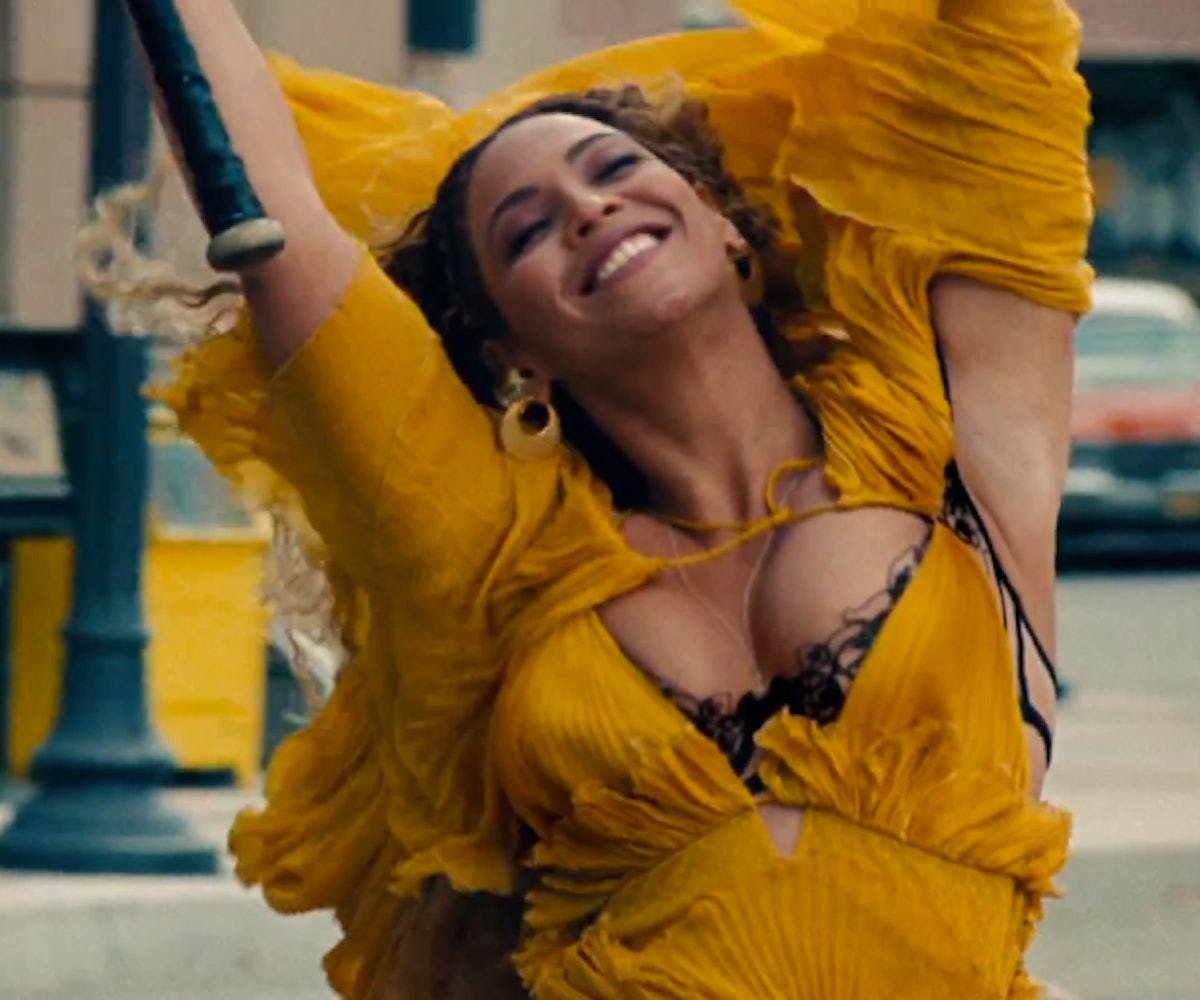 + Looking for the perfect gift for your Bey Hive BFF? Well, Beyoncé has just revealed the How To Make Lemonade box set, a (pretty expensive) collector's edition of Lemonade that contains a 600-page coffee table book, a double vinyl LP, and audio and visual downloads. Bey's biggest fans will get a never-before-seen look into the making of Lemonade with exclusive behind-the-scenes photos, poetry, and more. You can pre-order the $299.99 set here, which is estimated to ship sometime this summer.

+ Chicago-based soul singer, poet, and activist Jamila Woods had just released a video for her song "Holy. The song, a declaration for self-love and self-preservation, shows the artist taking part in various daily bedroom and bath time rituals. Check it out, below.

+The Stranger Things cast is keeping details about the upcoming season very much on the hush, understandably so. The child star crew appeared in the May issue of Emmy magazine, and Gaten Matarazzo, who plays the charming Dustin on the Netflix show, mentioned that he's not even able to share information with his family. “My brother always asks me, ‘Gate, can you send me the script?’” he is quoted saying. “I’m like, ‘It’s a new season, and it’s a lot stricter than last year ’cause he read them last year, but this year he’s not able to ’cause we don’t want any, like, hacking interference.” The six-month countdown until we're back in the Upside Down has commenced.

+ Nick Hakim just released a trippy new video for his song "Roller Skates," the psychedelic love song off of his forthcoming debut album Green Twins. Check out the animated video, below.

+ Looking for a good reason to wear your favorite slip dress for every occasion? Cali-based designer Lily Ashwell just released a Sarah Mintz-directed film about the versatility of her Gia slip dress, and it's giving us major styling inspiration. Check out the stunning video, below.

Itching for that beach getaway? Well, it may not be a plane ticket, but DANNIJO just launched its latest collection, Ball and Chain, inspired by designer Danielle Snyder's trip to Tulum, Mexico, and we're pretty obsessed. Shop the full collection, here.

"You can be the lead in your own life." —Kerry Washington

NEXT UP
Life
On Repeat: Vaquera’s Away Collaboration Is Brought To You By Britney Spears B-Sides
Entertainment
Relive ‘00s New York With Yeah Yeah Yeahs, The Strokes In ‘Meet Me In The Bathroom’ Trailer
Entertainment
Aya Nakamura On Preparing Her Fortnite Soundwave Series Performance
Entertainment
Seulgi Finds Her Own Lane With '28 Reasons'