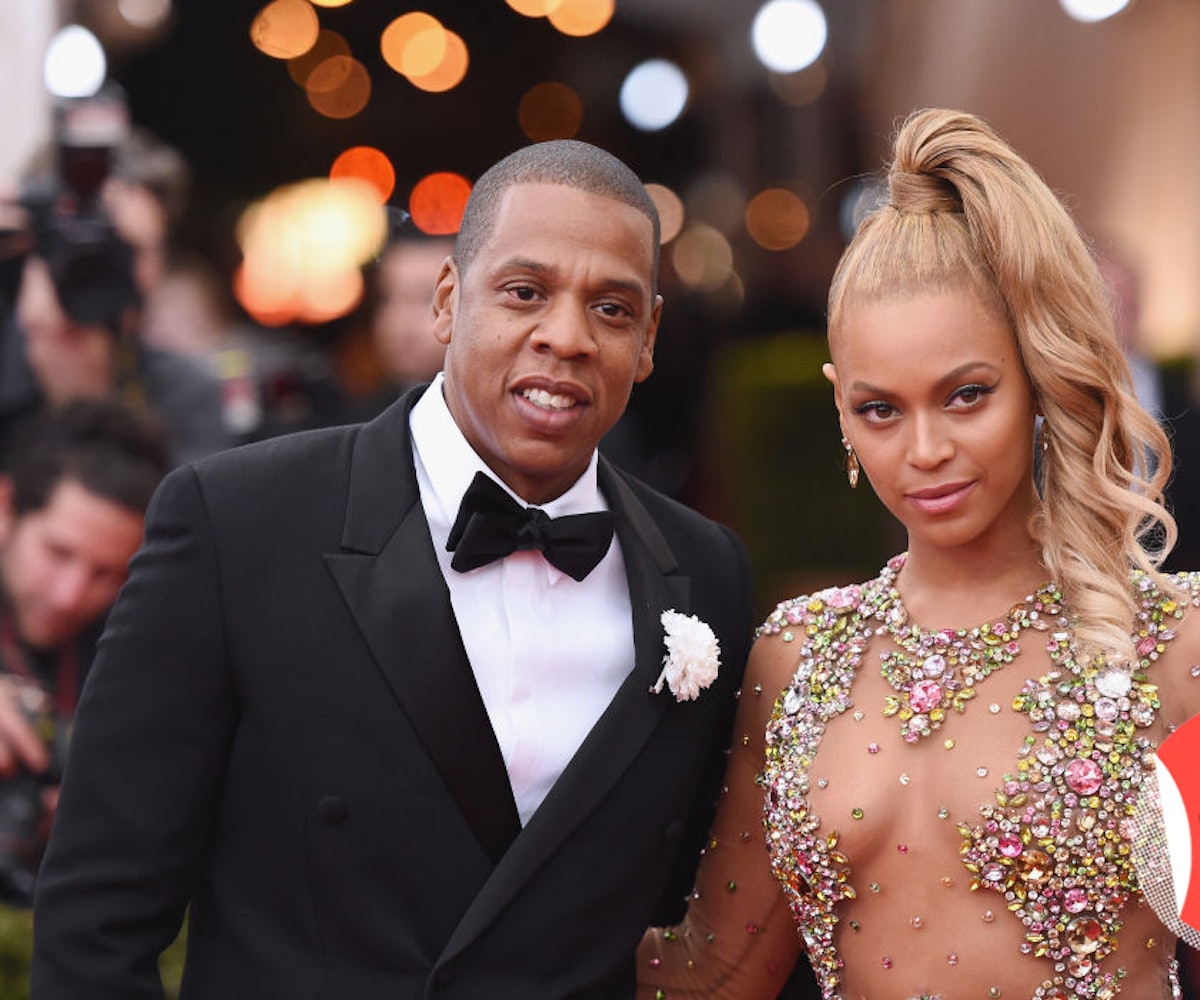 + Well, this might be the worst idea we will hear all day: Jay Z is reportedly plotting a "response album" to Beyoncé's Lemonade. A source close to the couple revealed that Jay wants to share his side of the story after his wife's album set the world aflame with cheating allegations. Will he actually win over any members of the Beyhive?... We'll see. In the meantime, Beyoncé is busy speaking out against the discriminatory LGBT law in North Carolina.

+ Margaret Cho—and a huge group of other Asian and Asian-American activists—are speaking out against Marvel's chronic whitewashing, including Scarlett Johansson's lead role in the anime adaptation Ghost in the Shell and, now, the casting of Tibetan mystic The Ancient One as a "Celtic" Tilda Swinton. Cho announced her forum, #WhitewashedOut, to discuss the systemic issue.

+ Stella McCartney just posted the second installment in the Double Act series, a set of videos focused on modern styling and wardrobing. This segment features Greta and Cosima Bellamacina, two sisters from London who write poetry and illustrate children's books, respectively. Watch the video, below:

+ R&B singer Lion Babe has just graced us all with a smooth new remix of "Jungle Lady" featuring Angel Haze. The track will be listed on DJ Kitty Cash's upcoming mixtape, Love The Free, Volume 3. Before that drops, you can catch Lion Babe on their just-announced tour (dates listed here).

"In the end, I believe in true love and destiny and that what’s meant to be, will be, and that gets me through the hardest days." —Princess Pia Mia

NEXT UP
Culture
A Britney Spears-Inspired Musical Is Coming To Broadway
Culture
Jeremy Allen White Has At Least Four A24 Scripts on His Desk
Culture
Aubrey Plaza Directorial Plans Involve Filling The “Female Tim Burton Spot”
The Art Issue 2022
From Renaissance To Gemini Rights: The Stories Behind 2022's Best Album Covers