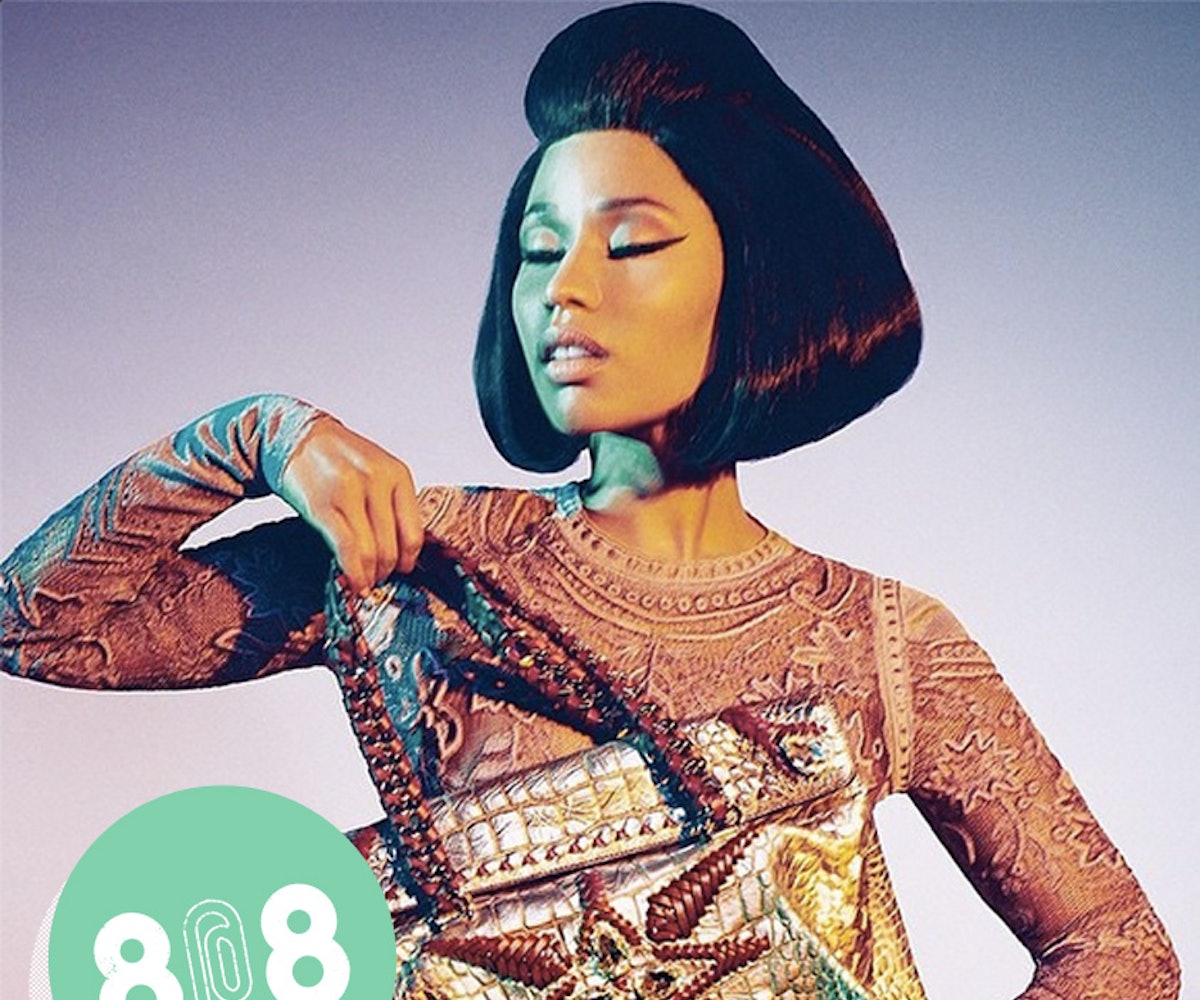 +If you've ever wanted the chance to talk one of your favorite handbag designers (and you're in NY), then head to Bergdorf Goodman on Saturday 2-6p.m. to meet Khrima Eliazov. Plus, you'll score a free gift with purchase and have the chance to monogram your new bag.

+Score some new frames and see a rad concert all for a good cause. All of the sales from MOSCOT's The GRUNYA for Tariq Trotter collaboration with The Root's vocalist will go towards MOSCOT's Mobileyes Foundation, and Trotter's GrassROOTS Community Foundation. Plus, the first 100 customers to pre-order the frames will get access to the launch and benefit party at MOSCOT's Orchard Street location in NY featuring a performance from Tariq Totter on February 12.

+Nicki Minaj, who recently released The Pinkprint, is ending 2014 on another high note. The rapper has just landed her first high-fashion campaign as the face of Roberto Cavalli's Spring 2015 campaign.

+Way back when (a.k.a. before The White Stripes), Jack White was in a band called The Upholsterers. Ironically, the band were actual upholsterers and hid their singles in couches, one of which has been found. Listen here.

+Sarah Silverman is returning to HBO. The comedian will star in and executive produce an untitled comedy about a pathalogically honest woman who's suffering a mid-life crisis.

Accessorize all of your holiday party outfits courtesy of Otte’s 20%-off jewelry sale with the code “BLING20.”

“[Twerking is] something I'd never do -- I wouldn't feel confident with my arse out. But if Miley feels comfortable doing it herself then it's no one's business to judge. If she wants to appear in her bra and panties then it's cool. Having been in an institution like Disney all her life, it's important she has fun. For now, it's not for me. It's not natural." - Lorde