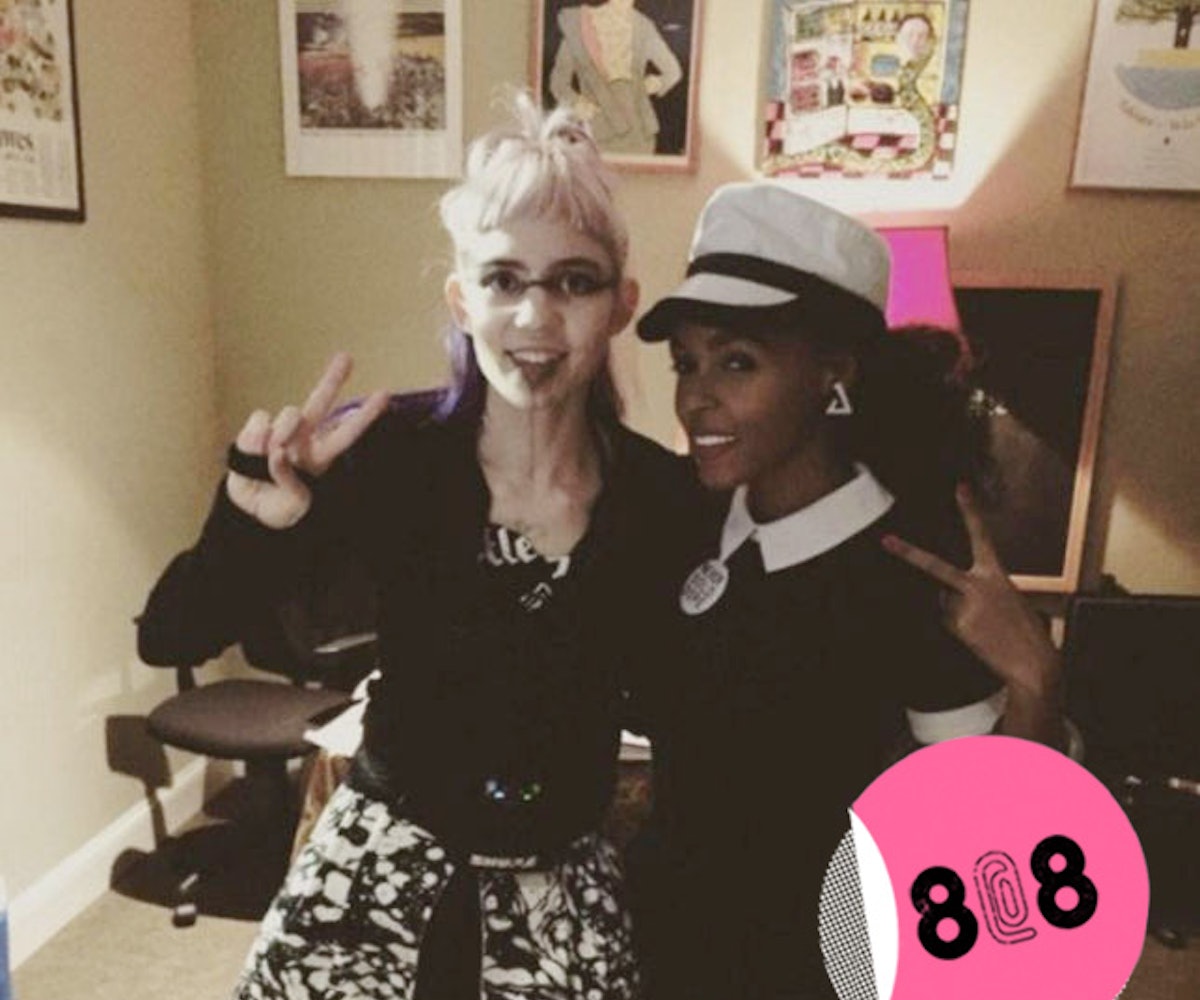 + Grimes brought out Janelle Monáe as a special guest to perform “Venus Fly" on the Atlanta stop of her current tour. (Bless HANA for recording the special moment.) Art Angels completely blew our minds, but this performance made us lose our breath.

+ Marina Abramović is being sued by her former artistic partner/ex-lover Frank Uwe Laysiepen—he claims that his part of their prolific partnership was not properly recognized and that Abramović did not publicly account for his contributions or compensate him.

+ Sunflower Bean announced that they will release their debut Human Ceremony LP on February 5, 2016. The band will be having an album-release party at Bowery Ballroom on February 25, tickets go on sale at noon.

+ According to TMZ, guys dancing together is prohibited on Dancing With The Stars because ABC does not approve. Apparently, an openly gay artist named Who Is Fancy is scheduled to perform his debut single, "Boys Like You," which features Ariana Grande and Meghan Trainor, on the show on November 23. Who Is Fancy wanted two male dancers to perform a routine to the song because it is about a man falling in love with another man, but ABC is supposedly not down.

+ Notable Project Runway alum Viktor Luna recently released a video for his SS16 line. Directed by Sophy Holland, the footage features some of Luna's muses like Beyoncé's choreographer Jonte, as well as Jackie Cruz and Laverne Cox from Orange Is The New Black.

Snag an extra 20% off sale items at Madewell!

"I’m just a girl who wants you to be nice to me." –Jennifer Lawrence