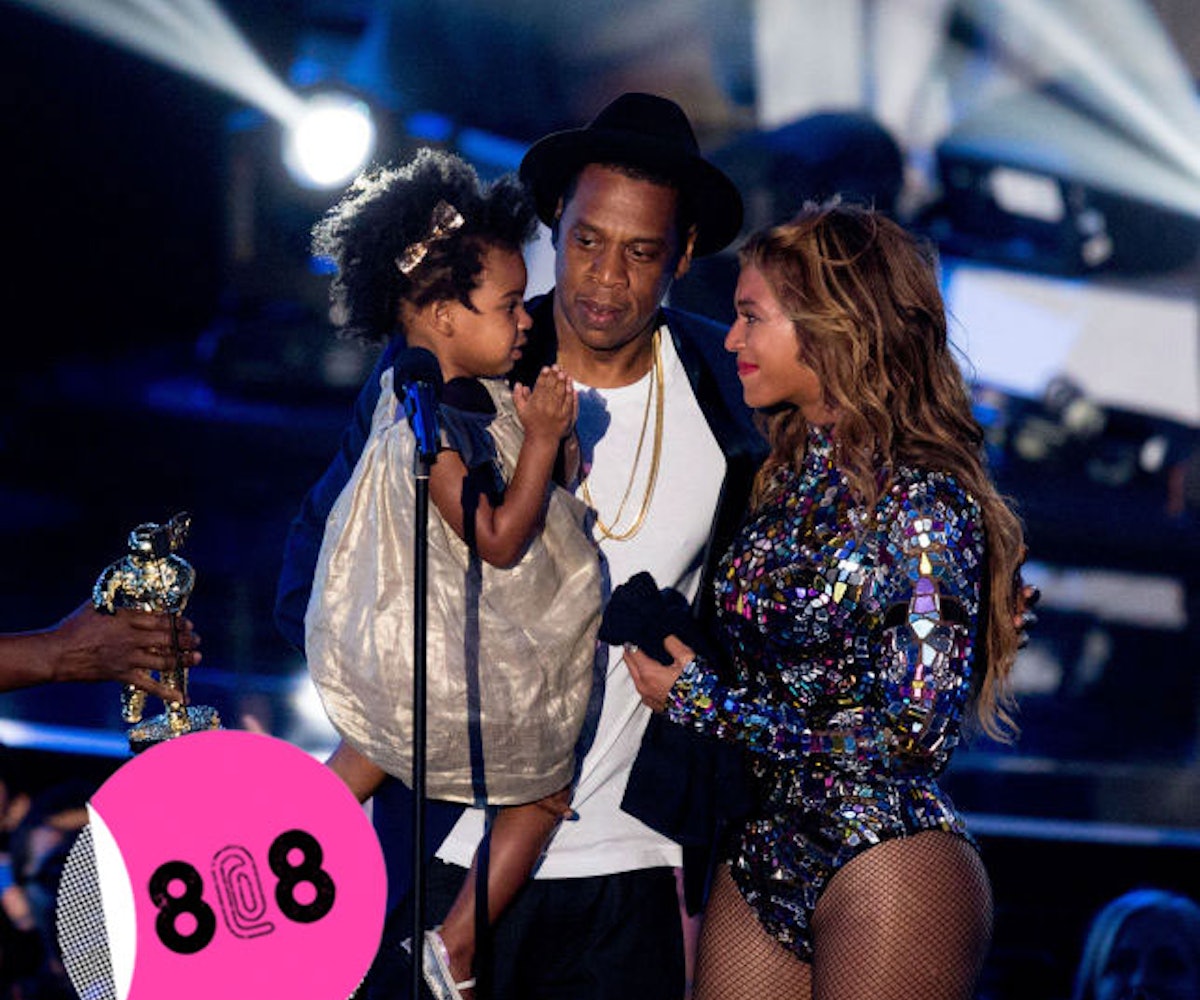 + Apparently, Coldplay got Blue Ivy Carter and Gwyneth Paltrow to sing vocals on their upcoming album, A Head Full Of Dreams, which will be released on December 5. We heard that Beyoncé was featured on the album, but recruiting her daughter too? What a way to make a debut into music royalty. The Carters rule all.

+ Cate Blanchett portrayed a homeless man for the Manifesto exhibition at the Museum of Modern Art in Australia.

+ Chance The Rapper is featured on a new song with his brother, Taylor Bennett. It's called "Broad Shoulders" and you can stream it here.

+ Selfie stick defense classes are available in Russia, because nothing says "come at me, bro" like going from taking a picture of yourself to taking somebody out cold.

+ NPR reports that having more sex makes people happier, but having it at least once a week will be enough.

PUMA by Rihanna Creeper is on sale in stores and online today! Best of luck trying to snag a pair—they come in black, white, blue and baby pink! (Rihanna also just launched ANTIdiaRY, which gives fan an inside look at her upcoming album.)

"I think feminism is about strong women being who they want to be and fighting for equality on all accounts. It’s not about men being demolished to bring women higher up in the world."- Chloë Grace Moretz