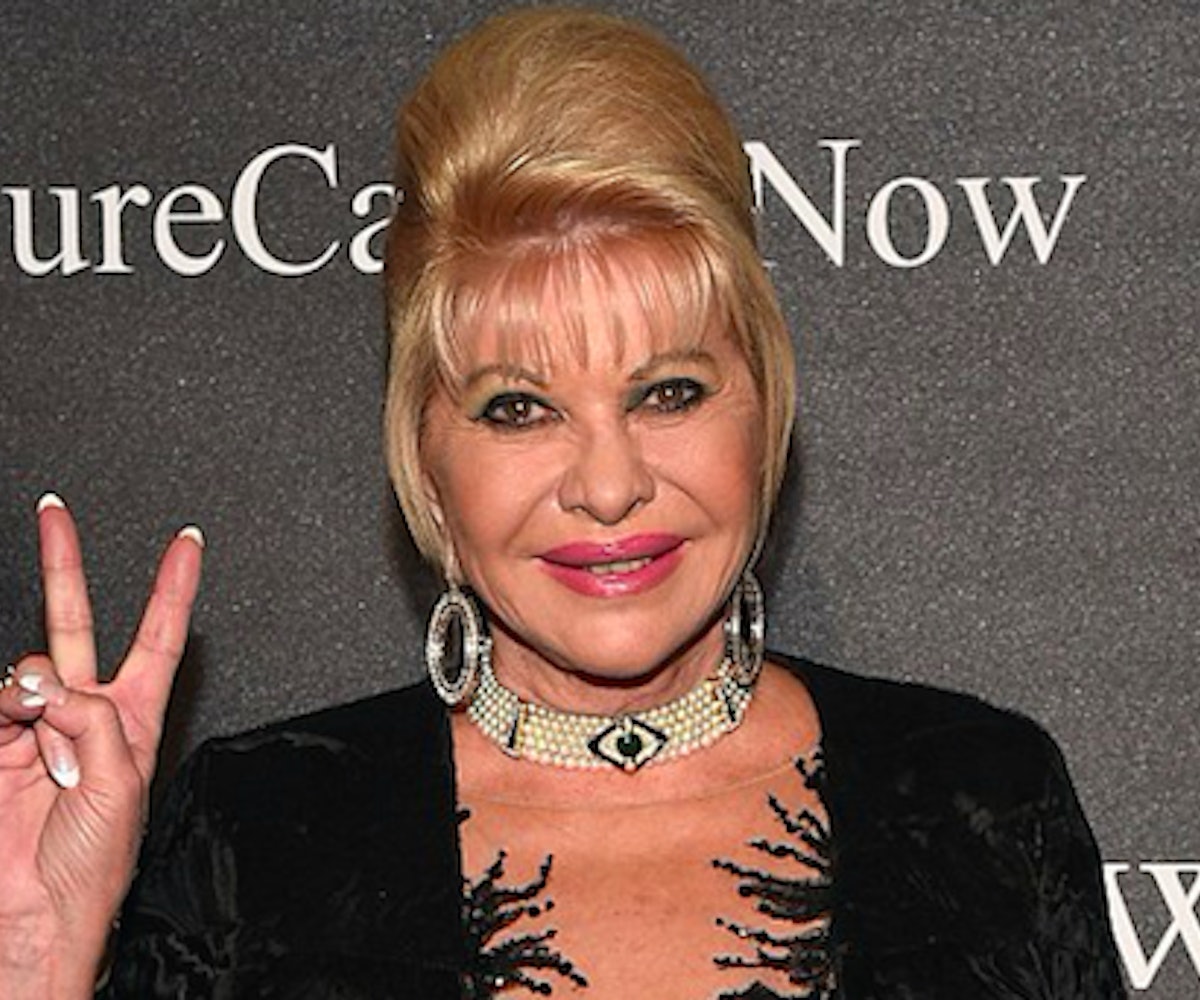 + For some reason, Ivana Trump wants in on the seemingly never-ending coverage of her former husband. In a Good Morning America interview, she alleged that she is the First Lady since she’s “basically first Trump wife.” The former Mrs. Trump also said that she has a direct number to the White House that she doesn’t use because it would make Melania jealous, that she turned down an offer to be the U.S. ambassador to the Czech Republic, and that she takes full credit for raising her and Donald’s three children. Melania's spokesperson was quick to release a statement, saying, "There is clearly no substance to this statement from an ex. Unfortunately only attention seeking and self-serving noise." In even more surprising news, the president has yet to tweet about it.

+ If you didn’t have time to dress up and wait for hours for the one-day-only return of McDonald’s iconic Szechuan sauce, worry not. The fast-food giant announced, via Twitter, that it will be bringing back the fan-favorite this winter, and not just in select locations. Now you don't have to drop $600 for a single packet.

+ Balmain’s newest collab partner is none other than lingerie giant Victoria’s Secret. The luxury brand has partnered with other big names, like H&M and L’Oréal, in the past, but this will be Balmain creative director Olivier Rousteing’s first time trying his hand at lingerie. With both brands’ reputations of recruiting the best models (and also turning them into cliques: the Balmain Army and the Victoria’s Secret Angels), we’re honestly just as excited for the marketing as we are for the merch.

+ Slim Shady is back! Eminem just announced that he’s releasing an album on November 17. It's been four years since his last one, The Marshall Mathers LP2. If you just can’t wait that long for new music, you’ll be happy to know that the rapper has collaborated on a new song with P!nk for her new album, which drops Friday.

+ Pack your bags, we’re taking a weekend trip to Texas. The Museum of Fine Arts, Houston, has just opened "The Glamour and Romance of Oscar de la Renta," an exhibit featuring pieces spanning the late designer’s entire career—and they are must-sees. The exhibit was curated by André Leon Talley and features some never-before-seen pieces as well as loans from Beyonce’s wardrobe and Amal Clooney’s wedding dress, which was the last wedding dress de la Renta designed before he died. Snag your tickets now.

ModCloth’s annual friends and family sale is here! Now through October 15, take 30 percent off of your entire purchase over $100. Now's the perfect time to stock up on fall and winter essentials, no excuses. Happy hunting!

"None of us should reach for normal. Normal is so basic." —Janet Mock