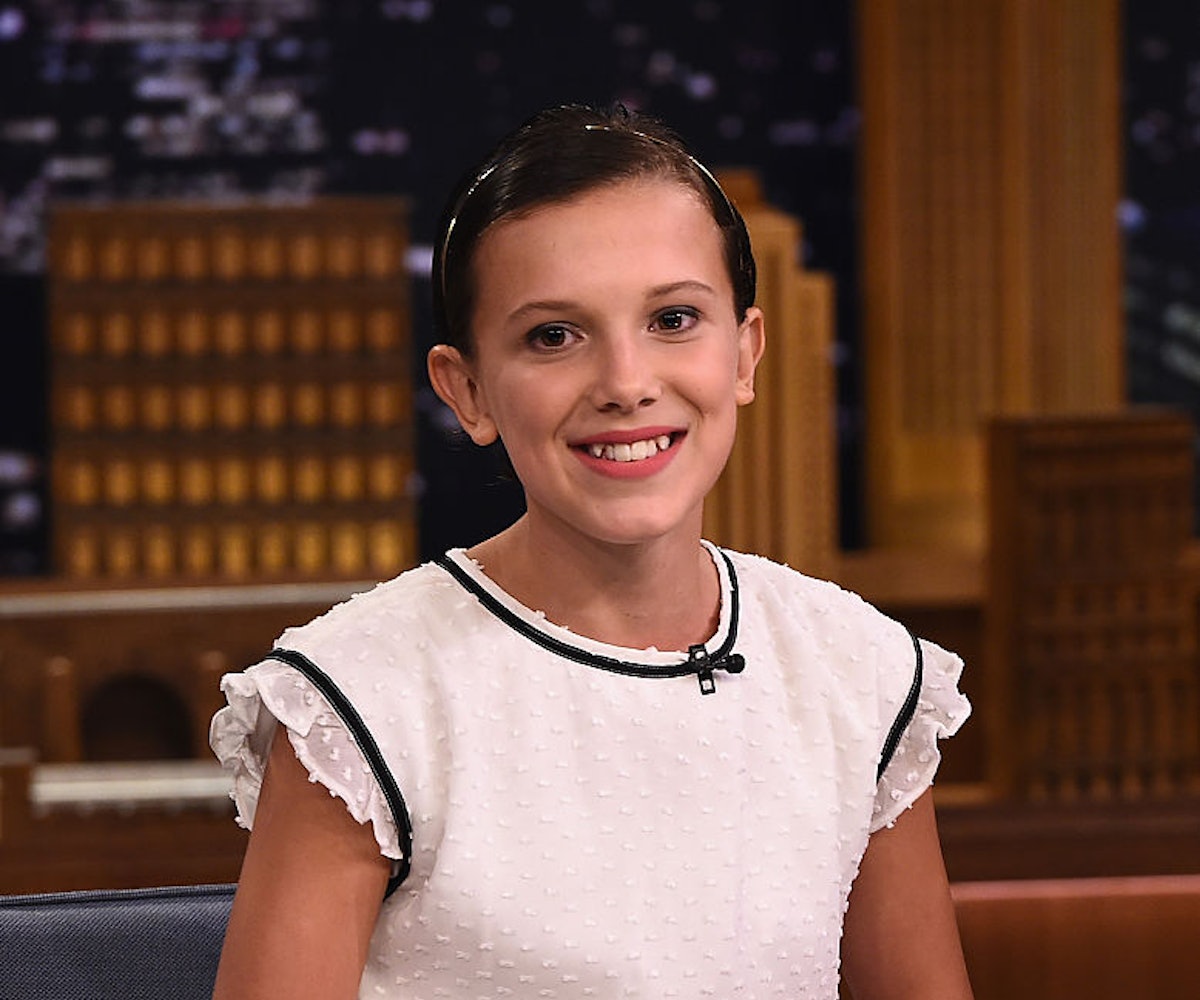 + Millie Bobby Brown just landed her first American cover—looking way cooler than we ever did at 12—and it's with Interview Magazine. In the November issue, Maddie Ziegler comes on board to interview the Stranger Things star, and it's even cuter than we could have imagined. Read their conversation about Grey's Anatomy, first kisses, and sleepovers here.

+ Book the next flight to London because, according to reports from Dazed and Pitchfork, Boiler Room is set to be launching a virtual reality venue. In collaboration with VR company Inception, the club will host concerts via VR headsets, allowing clubgoers to enjoy live music in real time.

+ Watch Kero Kero Bonito spring off a pink trampoline and into another glitter-filled dimension in their latest video for "Trampoline."

+ Justin Timberlake's latest selfie might have serious consequences. The Tennessee-born singer posted a photo of himself inside of a voting booth in his home state, with a caption urging his 37.1 million followers to go out and "#rockthevote!" The only problem is, Tennessee recently made it illegal to snap pictures in polling places, and the crime is actually punishable by jail time. The boy band alum's case is currently "under review."

+ Zelda Fitzgerald, icon and late wife of writer F. Scott Fitzgerald, will be brought back to life for yet another Hollywood jazz age interpretation. According to The Hollywood Reporter, both Jennifer Lawrence and Scarlett Johansson are set to portray her in two separate feature films, one called "Zelda," and the other "The Beautiful and the Damned."

Illesteva has teamed up with Victoria's Secret Model Josephine Skriver on an exclusive and uber-chic pair of sunglasses to raise money for a non-profit charity, co-founded by Alicia Keys, called Keep A Child Alive. The organization provides treatment to children affected by HIV and AIDS in Africa and India. Hundred percent of the proceeds will be donated. Purchase your pair here.

"My mother told me to be a lady. And for her, that meant to be your own person, be independent." —Justice Ruth Bader Ginsburg

NEXT UP
Entertainment
SZA's 'SOS' In 5 Essential Songs
Shopping
49 Cool Things Under $30 That You'll Get A Sh*t Ton Of Use Out Of
Culture
11 Travel Gifts For Your Frequent Flier Friend
Fashion
Taylor Russell's Style Evolution, From Indie Films To Fashion’s ‘It’ Girl