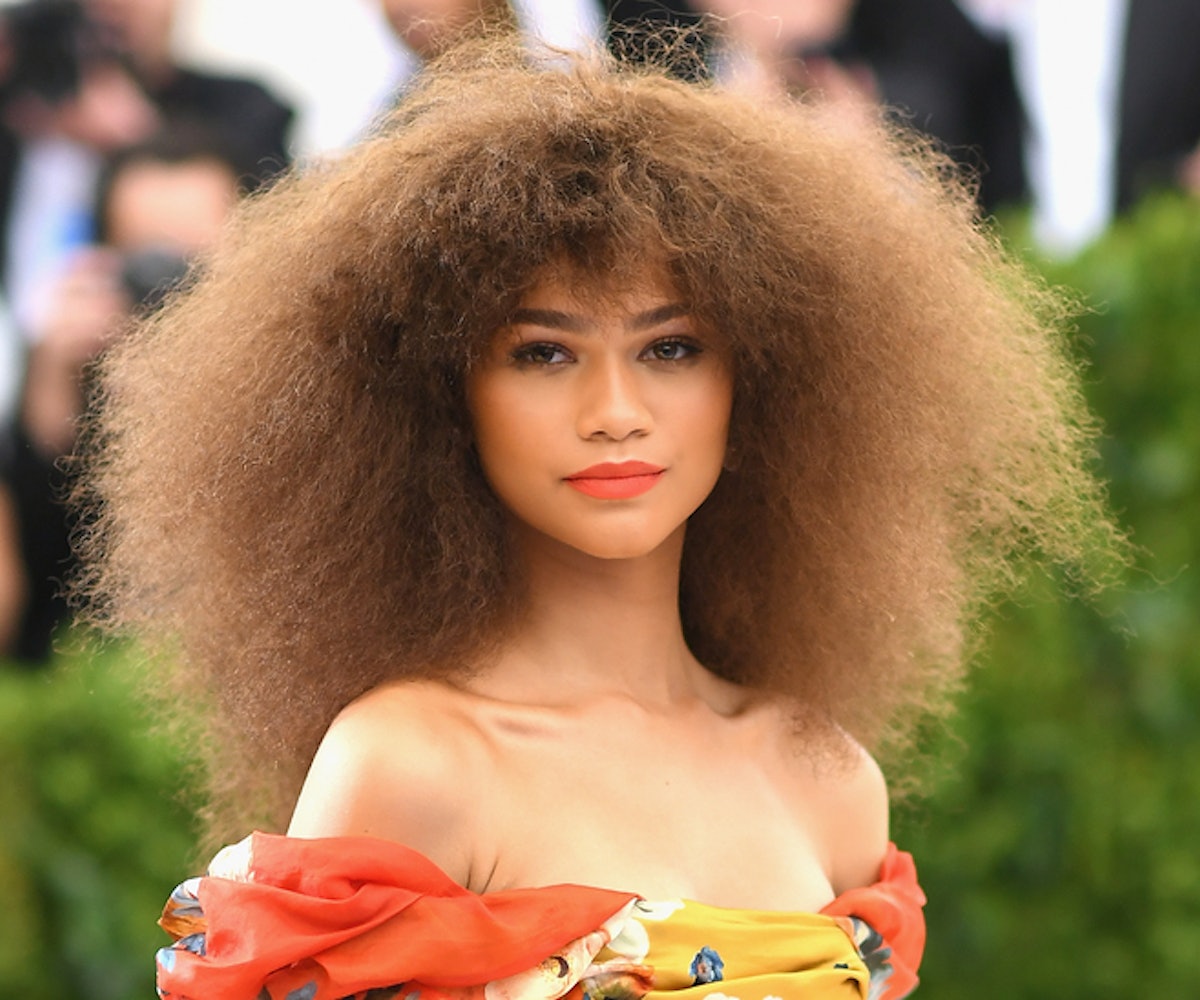 + Zendaya recently revealed that she wants to try her hand at directing, and we couldn't be more excited. The 21-year-old actress revealed her big plans on the cover of Glamour's November issue. “I want to produce and create shows and movies, whether or not I’m starring in them," she said. "You know, when you watch a show and you’re like, ‘That’s so good. I wish I’d made it’? Why not? Why not make it? Wild idea, I know.” Hey, Zendaya, we can't wait!

+ HAIM just released a playful video for “Little of Your Love,” the second single off of their sophomore release, Something to Tell You. Danielle, Alana, and Este Haim lead a line dance at L.A. bar Oil Can Harry’s in the video directed by acclaimed filmmaker Paul Thomas Anderson, the man also behind their short film Valentine. Put your dancing shoes on and get moving with the sisters, below.

+ Drake is no stranger to inking faces of loved ones and celebrities on his body. But this time, Drake's dad, Dennis Graham, jumped on the portrait bandwagon by unveiling an enormous photo of his son’s face inked on his bicep. He says he was inspired by the portrait tattoo Drake got of him in 2014. Talk about a father-son connection.

+ Speaking of sweet makeup deals, Too Faced's cult-favorite mascara, Better Than Sex, is getting a millennial pink makeover. The new tube is slated to release sometime next month but, until then, you can feast your eyes on the beautiful Instagram post, below.

Take an additional 25 percent off of sale items at Free People. It’s time to commit to that statement mini dress or the denim corset top you’ve been eyeing.

“Be strong. Don't be a follower and always do the right thing.” – Jennifer Lawrence