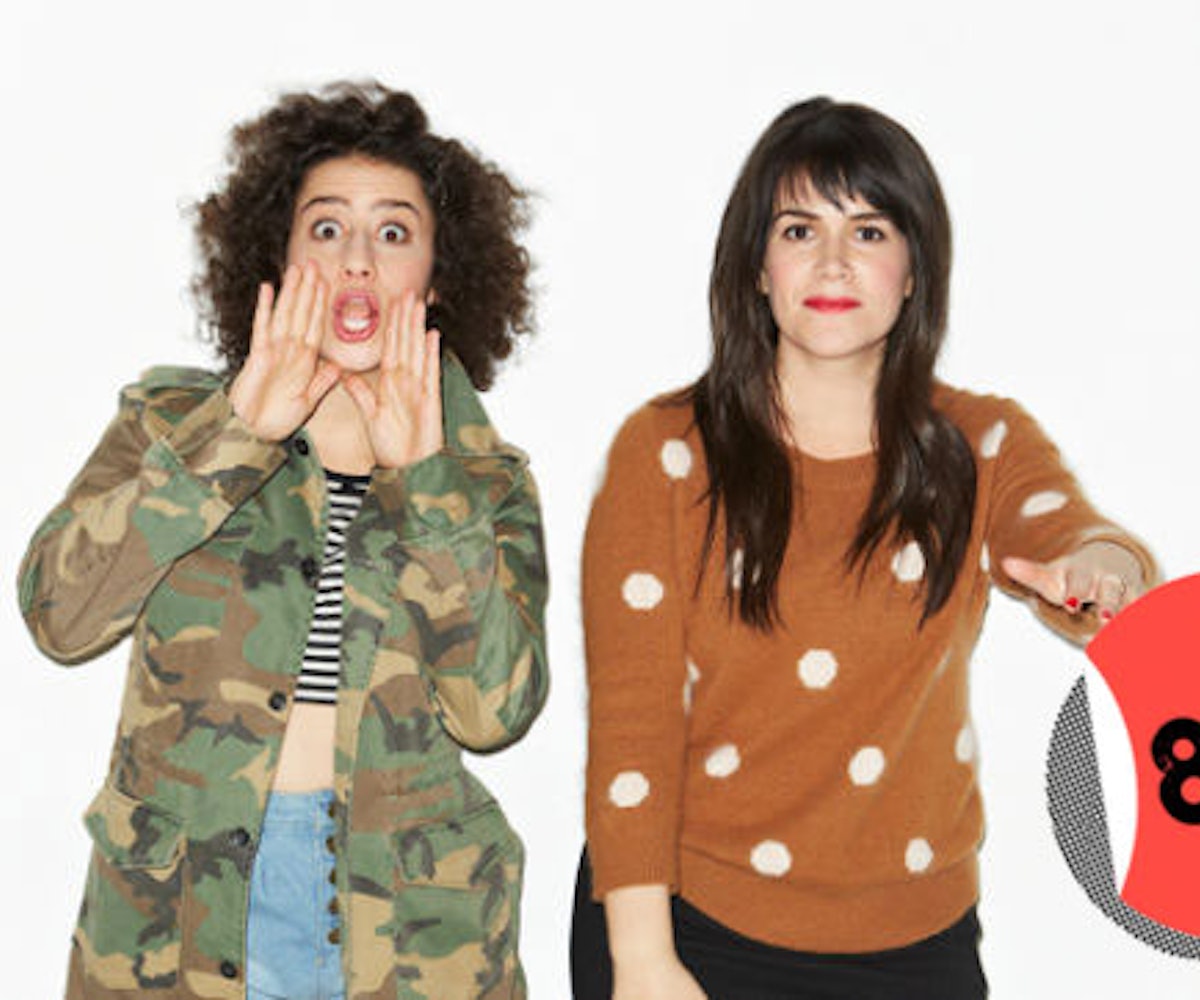 Come and Take It Day, not to be confused with Selena Gomez's "Come & Get It."

+ Abbi Jacobson and Ilana Glazer intend to take on cultural appropriation with their characters on Broad City. "The more the show is developed and the more distinct we become from the characters, [the more] we're writing them as a tool, we're using the characters as a tool, rather than [for] self-expression," Ilana Glazer said during a New Yorker panel. "The mainstream [consciousness] is recognizing white people appropriating [other cultures], you know, that sort of, like, Miley appropriation, where it's like, 'cool,' but mmmm, is it? So I think we play with that, but we've started to look at it and talk about it and talk at it and to it more."

+ Art Baby Girl has a new lookbook and it's funky, fresh, and fabulous.

+ Youth Lagoon released the music video for "The Knower." And it's kinda creepy.

+ Feast your eyes on a behind-the-scenes glimpse of Kanye West's showroom for the Paris debut of Yeezy Season 2.

+ Weed dick is the new whiskey dick, and it most definitely kills the vibe.

Boom clap: 20% off all shoes at Urban Outfitters!

"I want to show girls that they don’t have to conform to what’s 'in'... Show the men you can be up there with the guys and their field, get in what’s considered to be their lane and totally crush it. You don’t have to overstep your personal line; you don’t have to hide your sexuality. You can pretty much, do whatever the fuck you want, you know what I’m saying?" - Kehlani

NEXT UP
Life
On Repeat: Vaquera’s Away Collaboration Is Brought To You By Britney Spears B-Sides
Entertainment
Relive ‘00s New York With Yeah Yeah Yeahs, The Strokes In ‘Meet Me In The Bathroom’ Trailer
Entertainment
TSHA On 'Capricorn Sun' & Searching For Euphoria
Entertainment
Aya Nakamura On Preparing Her Fortnite Soundwave Series Performance