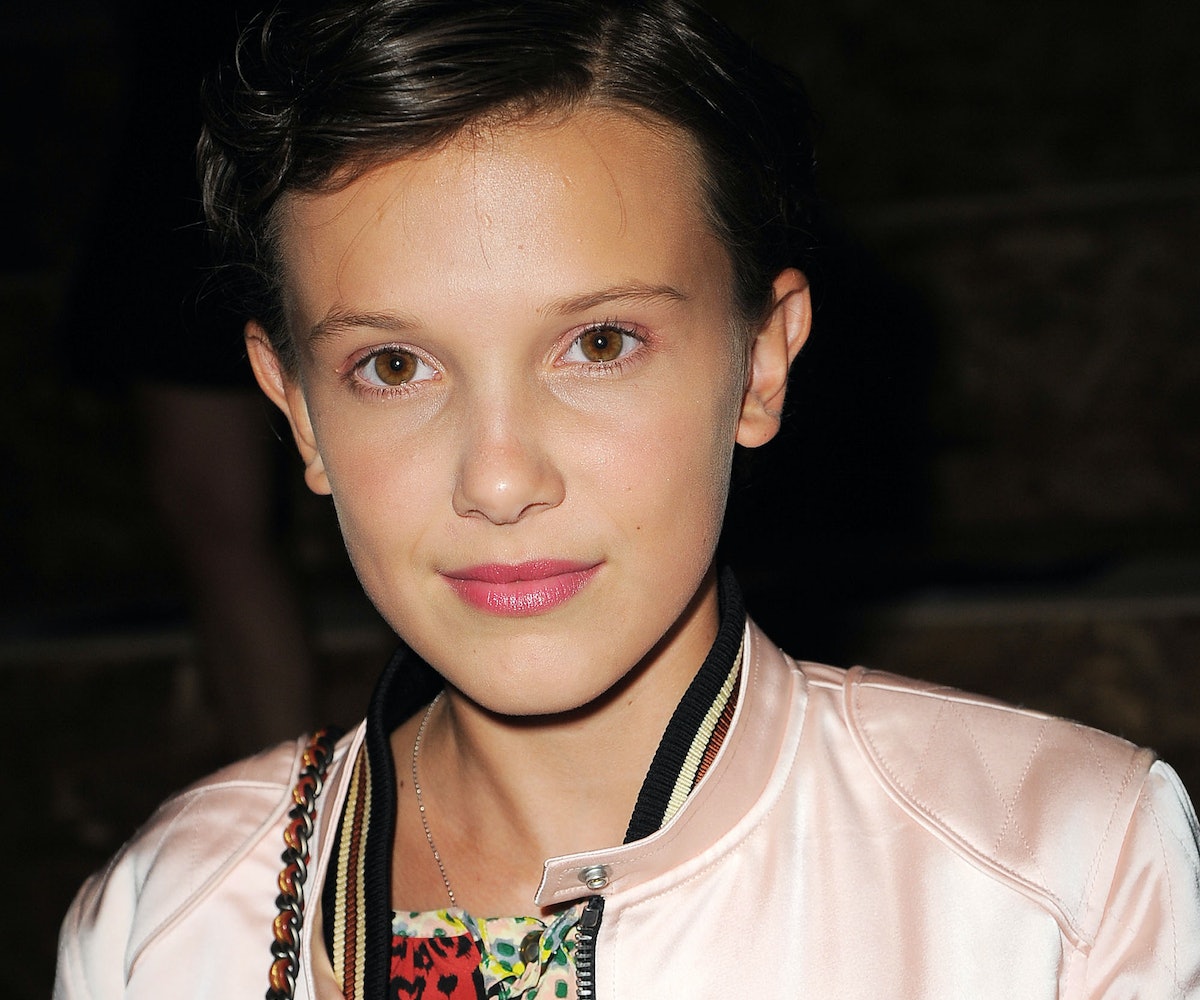 + We all fell in love with Millie Bobby Brown as Eleven on the Netflix series Stranger Things, and now the 12-year-old has landed her first ever magazine cover. Brown graces Issue 8 of So It Goes Magazine, and is giving off some major '90s inspo. Check out the cover below!

+ The state of Georgia is being sued for making domestic violence victims pay administration fees. The Southern Center for Human Rights filed the lawsuit on behalf of Cleopatra Harris, a victim who was ordered to pay $150 after deciding not to press charges against her boyfriend, with the hopes of bringing an end to a policy which continues to punish women for male abuse.

+ Kindness.org, a new nonprofit that encourages the spread of kindness around the world, has officially launched. Visitors to the site can participate in kindness initiatives and share their stories once they've completed their act of kindness. Initiatives include giving your favorite book away, picking up litter, leaving art for someone to find, and more.

+ After denouncing Donald Trump, The White Stripes are now selling "Icky Trump" T-shirts for fans who feel the same way. The back of the shirt contains lyrics from the band's song, "Icky Thump." You can pre-order the shirt here.

+ Dirty Projectors' Amber Coffman has just announced that she'll soon be releasing her first solo album, City of No Reply. Check out the first song from the new record, "All To Myself"—an angelic and catchy melody celebrating solitary souls everywhere—below.

Bobbi Brown and Safilo have teamed up to bring you Bobbi Brown’s 25th-anniversary eyewear collection. The iconic colors Brown introduced in 1991 at Bergdorf Goodman inspired the collection of sunglasses and reading glasses, which come in some of her favorite shapes: oversized square, classic aviator, and cat eye. Shop select styles at Nordstrom.

"Let people underestimate you. Be that silent killer. You don't need the spotlight to shine because your light emanates from within! " —Keke Palmer