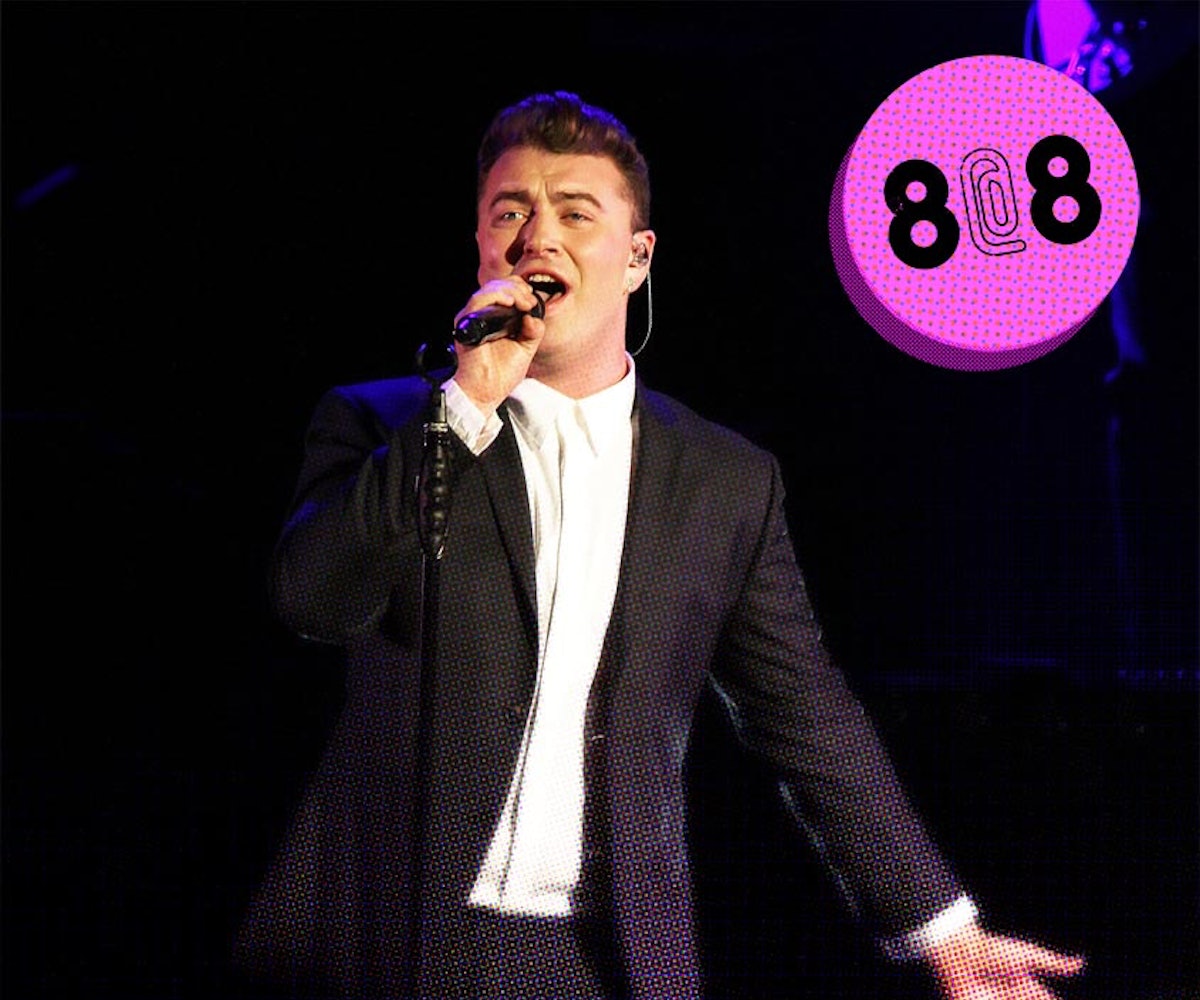 National Handbag Day! Show off your favorite bag with the tag #NationalHandbagday.

+ Bummer of the day: Adele’s record label, XL, has confirmed the singer won’t be releasing an album in 2014, so we’ll have to wait a bit longer until sometime in the new year. In the meantime, we’ll be listening to the two previously unreleased tracks that were recently leaked.

+ If anyone can make Beyonce proud, it’s Sam Smith. The UK singer recently walked into a karaoke bar in Nashville and paid homage to Queen Bey with covers of “Say My Name” and “***Flawless” and luckily for us, someone in the crowd filmed it. Let’s just say we’re happy we weren’t the one following his performance.

+ Your daily dose of girl power is brought to you via the Fortune 40 Under 40 list, which features 15 awesome, inspiring women. Three of whom—SophiaAmoruso, Founder and CEO of Nasty Gal, Rebecca Minkoff, and Delphine Arnault, EVP of Louis Vuitton S.A. (LVMH)—are women in the fashion industry. *Cue Spice Girls music.

+ Not too long after Ghostbusters‘ 30th anniversary, it has just been confirmed that the film will get an all-female reboot!! It gets better: Paul Feig, the creator of Freaks And Geeks, and Katie Dippold, Parks and Recreation writer, will write the script. Next time we see a ghost, we know who we’re gonna call.

Scoop up a new outfit for the weekend—basically for free—thanks to Forever 21’s online only “Take an Extra 30%-Off Sale Items” promo. Start clicking and use the code TAKE30 to score the deal.