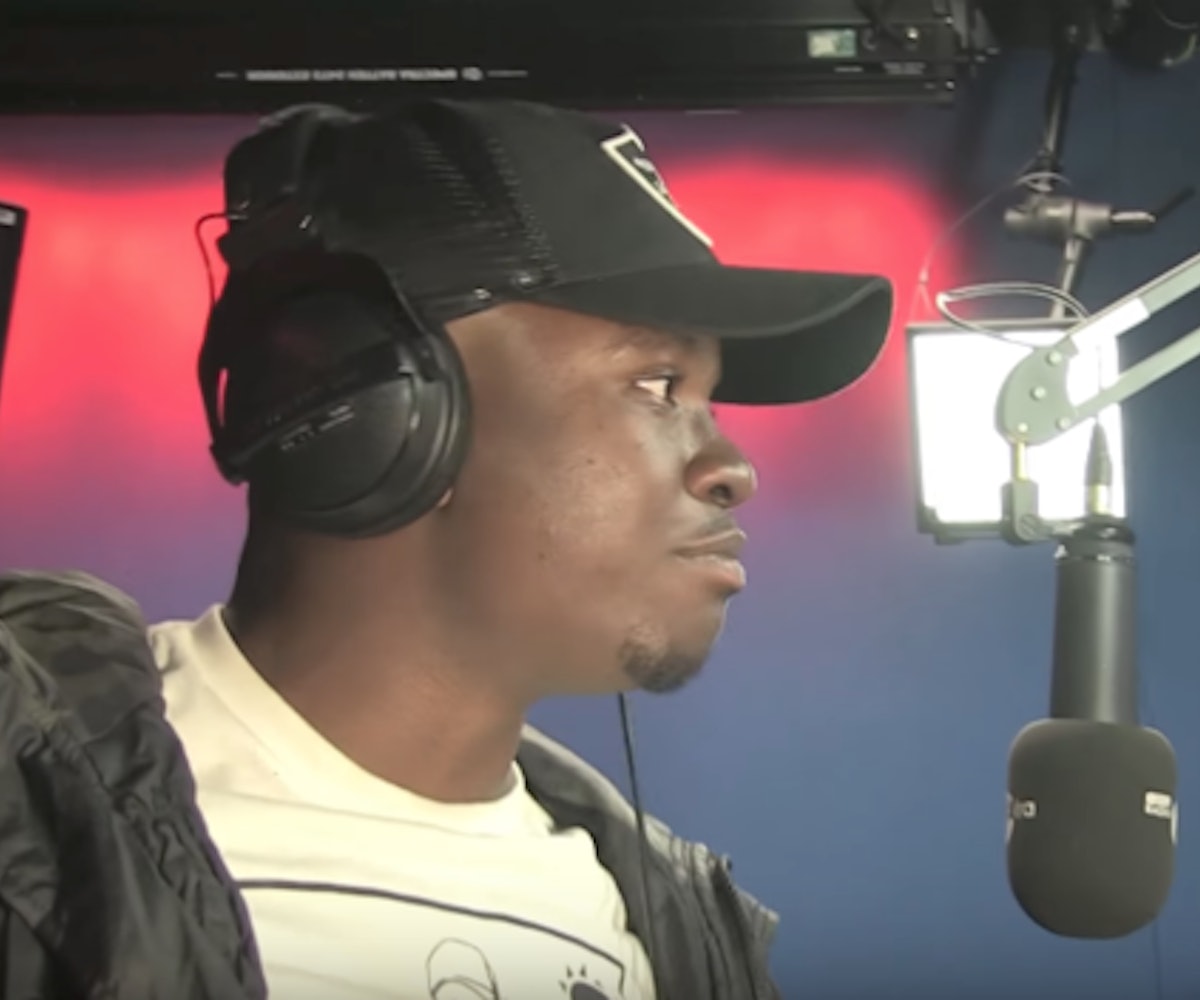 + Twitter continues its meme reign with the "The Ting Goes." The meme was created after U.K. comedian Michael Dapaah appeared on BBC Radio 1Xtra's Fire in the Booth show, hosted by Charlie Sloth. The clip is pretty hilarious in its entirety, but the funniest moment came when Dapaah performed as a scatting rapper named Roadman Shaq, which later took Twitter by storm. See the best memes, below.

+ There's nothing worse than waiting your whole life to see your idol perform live and then having them cancel at the last minute. For Lady Gaga fans, that struggle has been made a little more bearable. After coming down with a respiratory infection, Gaga made it up to her Montreal fans outside of her hotel by sending a note and pizza. She posted the notes on Twitter account and even stepped outside to greet her fans after they ate. Your fave could never.

+ In case your ears missed it, Kelela released a brand-new single. The track debuted on the latest episode of HBO's Insecure, and we haven't been able to get it out of our heads since. Stream the dreamy tune, below.

+ In a new interview with The Guardian, John Legend opened up about a hilarious moment when he tried to break up with Chrissy Teigen. The model and his now-wife wasn't having it and flat-out refused. "I was really stressed and busy," Legend said. "I was just like: 'I'd just be happier single right now,' and she was like 'No.'" Thirty minutes later, the two were back together. Cheers to standing up and fighting for what you believe in, Teigen!

+ If you're looking to update your beauty routine, Rachel Zoe's Fall Box of Style just might be the fall refresher you need. This season's box includes a leather Gigi New York bag, a La Soula Jewelry ring set, Oribe's Supershine Light Moisturizing Cream, a Skinesque mask, a Nudestix Gel Color Lip + Cheek Balm, and a gold catchall tray by Odeme. The box is valued at $400, but members can get theirs for $99.99.

If you've been itching to get your hands on some new workout gear, you're in luck, because Champion x SoulCycle's new collaboration is here. Ranging in price from $68 to $598, the men's and women's collection includes tank tops, tees, crew-neck sweatshirts, boyfriend sweatpants, satin and leather bomber jackets, and sweat shorts. You can shop the collection at select SoulCycle studios and online, here.

"Optimism is the faith that leads to achievement. Nothing can be done without hope and confidence." —Helen Keller