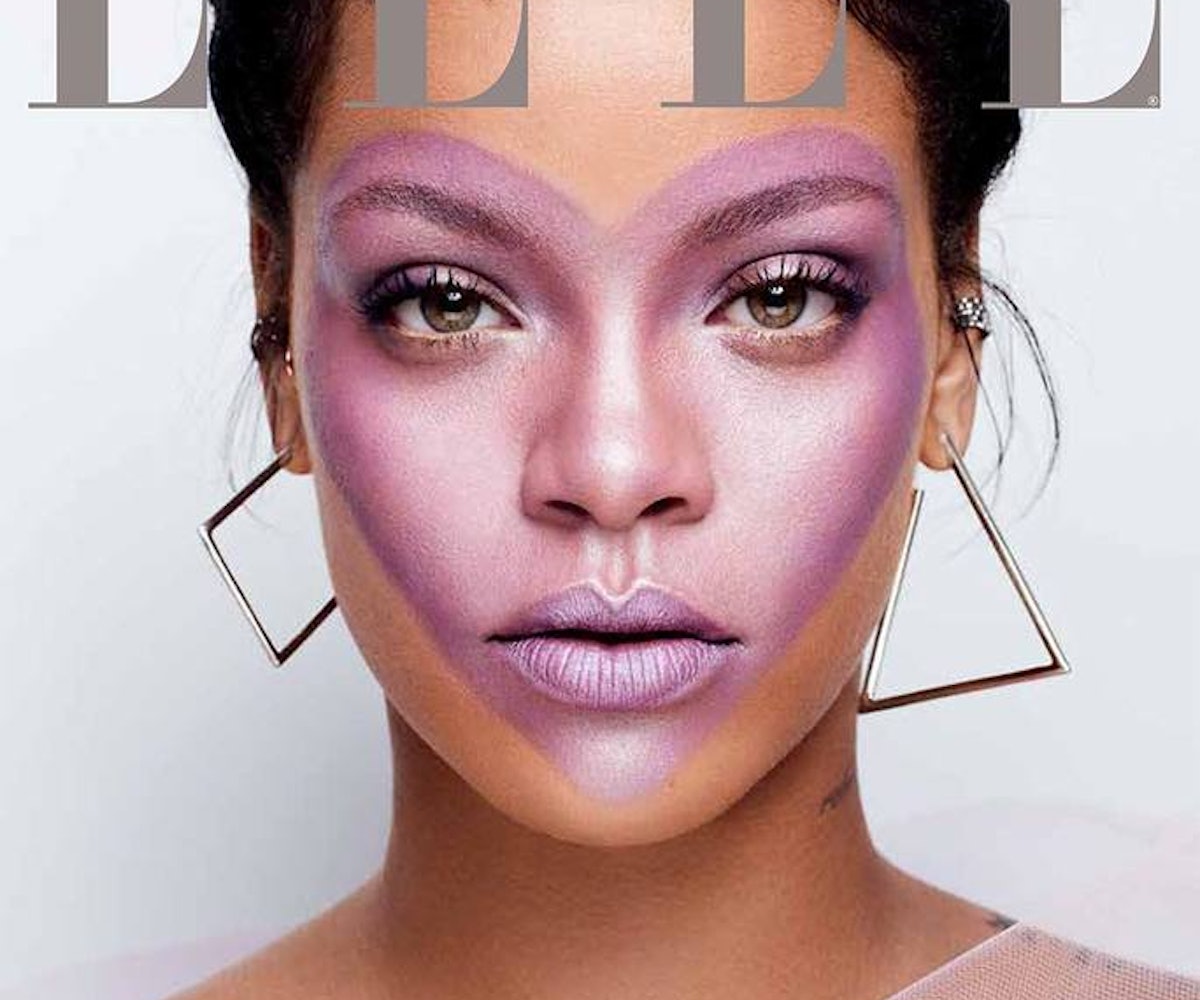 Stand Up To Cancer Day!

+ Rihanna graced the three covers of this month's ELLE, sporting none other than her Fenty beauty line. The publication enlisted the help of Tyra Banks, Eminem, Zac Posen, Pharrell Williams, and more to interview the bad gal for its October issue, which features her rocking the coveted Fenty Matchstix in the shade "Unicorn." You can read an excerpt of the story, here, and see all three covers below.

+ Millennial pink has now arrived in its best form yet—chocolate! The pink chocolate has been dubbed "ruby chocolate," and is manufactured by Barry Callebaut AG. The cocoa beans come all the way from the Ivory Coast. It'll only be a matter of time before the trendy chocolate takes over Instagram feeds far and wide!

+ The Pumpkin Cheesecake Frappuccino from Starbucks is the coffee chain's most recent secret menu item, and it's coming just in time for pumpkin spice season. But does it taste like actual pumpkin cheesecake? I guess we'll just have to find out for ourselves.

+ G-Eazy just released his latest single, "No Limit," featuring Cardi B and A$AP Rocky, and it's a bona fide club banger. The track is part of his upcoming album, The Beautiful and Damned, expected to drop later this year. Stream it down below.

+ Lush's new Halloween and Christmas collections are just the products to get you in the mood for the fall season. The collection features faves including Lord of Misrule, Twilight, Rose Jam, and Snow Fairy. You can get your hands on your own starting September 11 online and September 18 in stores.

Sézane, the up-and-coming Parisian fashion brand, just opened its first New York flagship store at 254 Elizabeth Street. Founded by Morgane Sézalory in 2013, the brand is known for its luxury and quintessential French style. Check out Sézane's Nolita shop to see all of the latest pieces, as well as home goods, stationery, books, and more. You can also check out their online shop here.

"Try to love someone who you want to hate, because they are just like you, somewhere inside, in a way you may never expect, in a way that resounds so deeply within you that you cannot believe it." —Margaret Cho