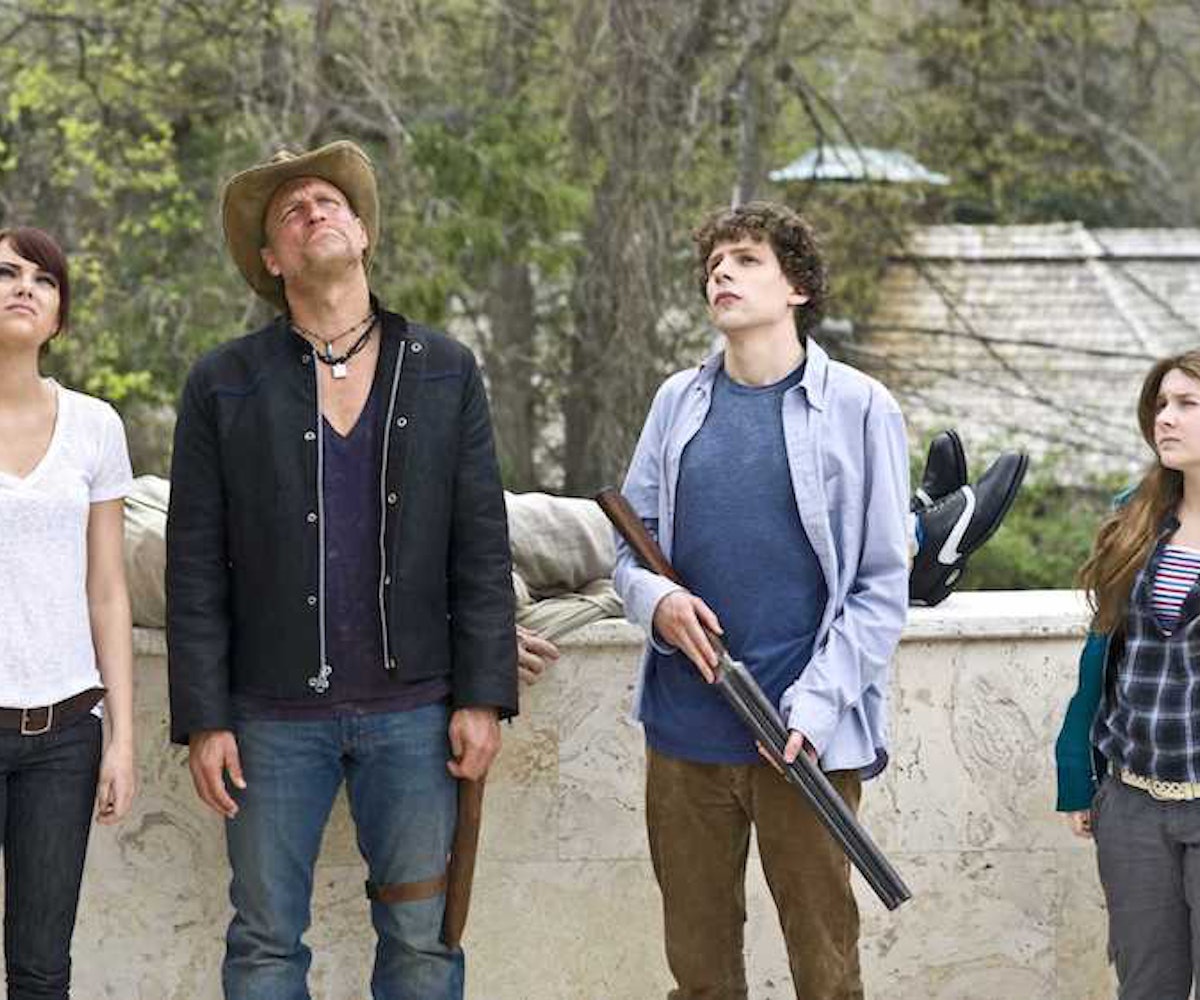 News of the Day

+ It's only fitting that the original witchy-woman Stevie Nicks is releasing her new album of unreleased material 24 Karat Gold: Songs From The Vault is out this month. Stream the album before it's released on October 7 via Amazon.

+ It's hard to believe that Zombieland, one of our favorite films about the walking dead is turning five today. Even though we're still not sick of the first one, we're super stoked that the sequel, Zombieland 2 has been announced and to see the unlikely pairing of Woody Harrelson and Jessie Eisenberg back on the big screen.

+ Get your drink-on fashionably and--on-the-go--go courtesy of S'well's collaboration of reusable water bottles with LPD. The four designs feature some of the streetwear label's bestsellers like Alexander McQueen, Rei Kawakubo of Comme De Garçons, Ricardo Tisci of Givenchy and Maison Martin Margiela (via the NYLON inbox).

+ Prince and Kendrick Lamar?! Yeah, we thought we were dreaming too. Watch the pair perform the track "What's My Name" during Prince's album release party.

+ In honor of Breast Cancer Awareness Month, Stella McCartney designed a line of pink lingerie to remind women to conduct self-exams. We are so incredibly excited about this, especially since Kate Moss stars in the campaign.

Tomorrow is National Mean Girls Day, so you'll definitely want to snag this awesome "That's So Fetch" cuff, available in 14K gold or silver. Nothing less than the best for the inventor of toaster strudel's little girl!

Advice Of The Day: "I have a real belief that intelligence is for everyone. I think sometimes when people underestimate the intelligence of their audience they end up making something that fails on no one’s terms." - BJ Novak