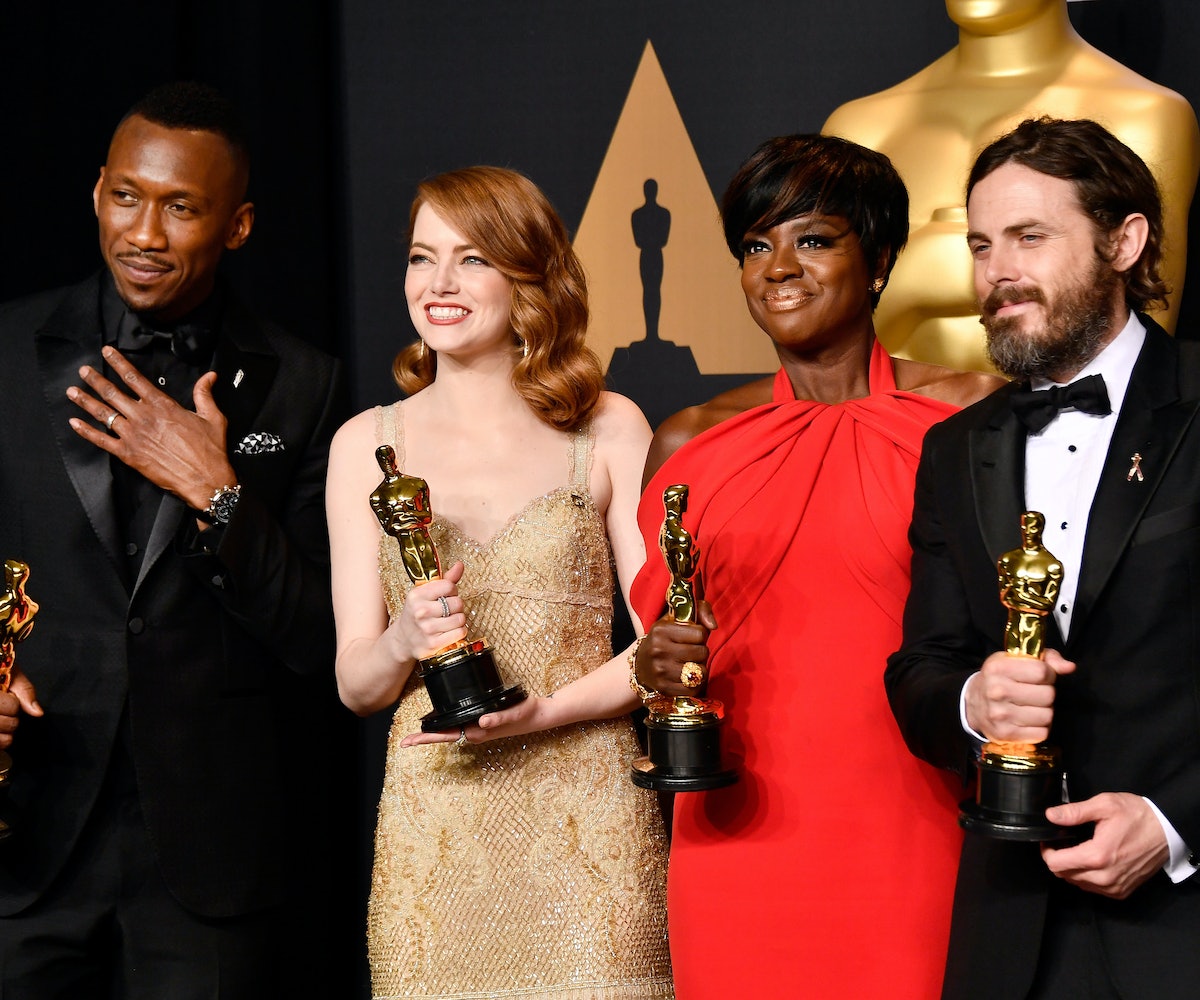 The 89th Academy Awards have officially wrapped up, and while all anyone will be talking about all week is that insane ending, some other things of note happened that are worth mentioning. As expected, Moonlight and La La Land were the night's big winners, but the Academy did a good job in spreading the love all around.

There were no surprises when it came to the night's acting awards, with Best Supporting going to Mahershala Ali (Moonlight), and Viola Davis ( Fences). When accepting his award, Ali thanked his many acting teachers over the years. "I want to thank my teachers, my professors,” he began. “One thing they consistently told me […] was that it wasn’t about you. It’s not about you, it’s about these characters, you are a servant. You’re in service to these stories and these characters.”

Emma Stone and Casey Affleck took home the other major acting awards of the night, for La La Land and Manchester By The Sea respectively. While neither came as a shock, both actors seemed genuinely stunned by their wins. During his acceptance speech, Affleck ducked any mention of the sexual assault allegations that have plagued him in the past, but the internet wasn't willing to let the actor off the hook that easily.

The night's other major awards went to Zootopia for Best Animated Feature, and O.J.: Made in America for Best Documentary. Best Foreign Film, meanwhile, went to the Iranian drama The Salesman. Director, Asghar Farhadi, decided not to attend the ceremony in protest of Donald Trump's anti-Muslim policies and had his producers read a statement on his behalf instead. “My absence is out of respect to the people of my country and those of the other six nations barred entry into the U.S," he said. “Dividing the world into the us and our enemies categories creates fear.”

As expected, La La Land swept the night's major music categories, while both Arrival and Hacksaw Ridge fared well in the technical categories. Best Screenplay went to Kenneth Lonergan for Manchester By The Sea, while Best Adapted Screenplay went to Barry Jenkins and Tarell Alvin McCraney for Moonlight.

But the night's real winner was diversity. After last year’s Oscars revealed the glaring lack of diversity in Hollywood, this year's iteration featured the most diverse group of winners ever, including the first Best Picture winner featuring an all-black cast. Hopefully, that progress doesn't get lost in the aftermath of that bonkers finale.

Best Actor in a Leading Role

Best Actress in a Leading Role

Best Actor in a Supporting Role

Best Actress in a Supporting Role

Land of Mine (Denmark)

NEXT UP
Culture
The Madonna Biopic Is Being Scrapped
Culture
Kaia Gerber Won’t Stop Until She’s Cast As Patti Smith In A Biopic
Culture
The 2023 Oscar Nominations Full List Is Here
Entertainment
Rihanna, Mitski, Lady Gaga Nominated For 2023 Oscars
Style + Culture, delivered straight to your inbox.