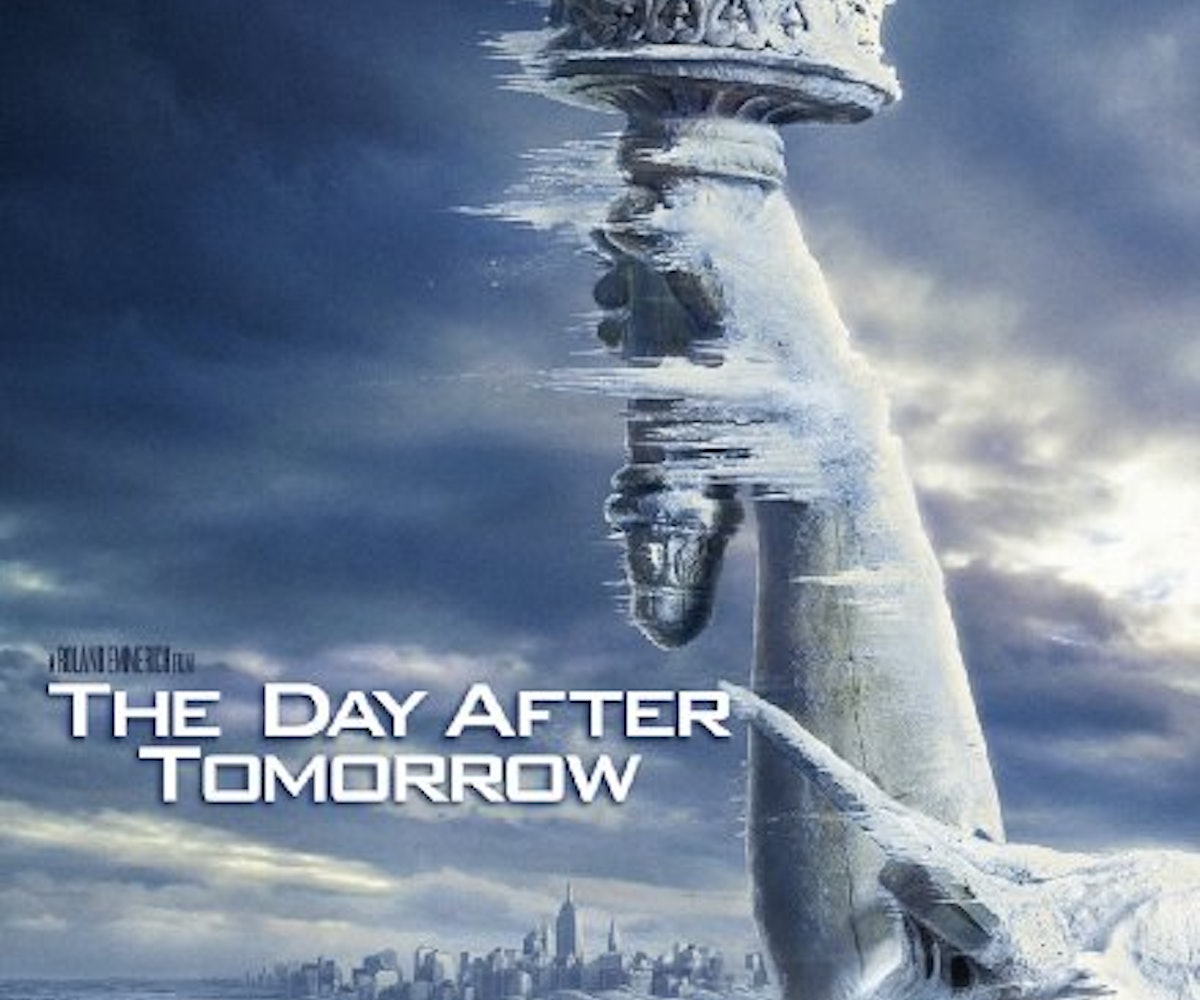 By now you've heard the news: A bizzard of biblical proportions is beating the Northeast coast back into the ice age. Major cities like New York and Boston are preparing to go into full shutdown mode. Everything everywhere tomorrow will be closed. That means you're stuck at home with nothing but some canned food, fresh veggies if you thought ahead, and your Netflix account. But forget putting a dent in your "To Watch List." These are desperate times, and desperate times call for appropriately selective Netflix choices. Luckily, we're here to help. Below, a list of movies that will help you er, weather the storm.

Despite its title, this is not a movie about the opposite of what's happening in NYC (ie: the entire city of Paris going down in flames). This is actually a documentary about a bygone New York City subculture that was straight fire. The ball culture in NYC that ran from the mid to late '80s was a haven for African American, Latino, gay and transgender communities to express themselves in world that had largely cast them out. To this day, it remains vital viewing, rain, shine, or ungodly amounts of snow.

After an environmental experiment goes awry, what's left of society circles the globe on a non-stop train in a glacial, post-apocalyptic landscape. Poor people in the back, rich people up front. Chris Evans leads a ragtag crew of rebels in a cart-by-cart revolution. Besides the obvious everything-is-frozen tie in, this movie, directed by Korean filmmaker Bong Joon-ho, is what most Hollywood blockbusters aspire to but can never quite reach: an action-packed thrillride with an actual message.

Any excuse to revisit this classic of the road trip genre is fine by us. Consider the blizzard that excuse.

The Day After Tomorrow

The only movie in history that stars someone (Dennis Quaid) who's a paleoclimatologist. We don't know what that is, but it sounds weather related. Quaid must trek across the country to save his son (Jake Gyllenhaal) as a gigantic storm sends the entire planet into a second ice age. The message here is clear: calm down, because things could be much, much worse.

Blue Is the Warmest Color

This is not a call to temporarily paint your apartment blue. It is however, a hypnotizing romance about the agony and the ecstacy of young love. The story of two girls who fall in deep is based on a graphic novel and won the top prize at the Cannes Film Festival in 2013. It will break your heart. It's also three hours long, but the good news is you have nothing but time.

Come for the bikinis, sand, and sun. Stay for the shotguns, balaclavas, and cornrows.

There's nowhere you'd rather be than on a tropical island, right? Tell that to Tom Hanks, whose character would probably give anything to be in your position after his plane crashlands in the South Pacific and he washes up on an uninhabited island. This movie, which has all but reached modern-classic status, shows you that living so close to the equator isn't all it's cracked up to be.

This talked about horror movie from last year features an antique mirror that brings all sorts of pain to its owners. It is all kinds of frightening, and will make you feel grateful that all those inanimate objects in your apartment aren't, you know, trying to murder you.

This eight episode miniseries won raves when it premiered last year, but the Sundance Channel, where it aired, has yet to come into its own as a network, and most people missed the show. Well, it just came on Netflix, so that, combined with the whole you-have-nowhere-to-go thing, leaves you no excuse to binge watch this spy thriller about a business woman (played by Maggie Gyllenhaal, who won a Golden Globe for the role) who gets involved in the nefarious and dangerous world of Middle East politics.