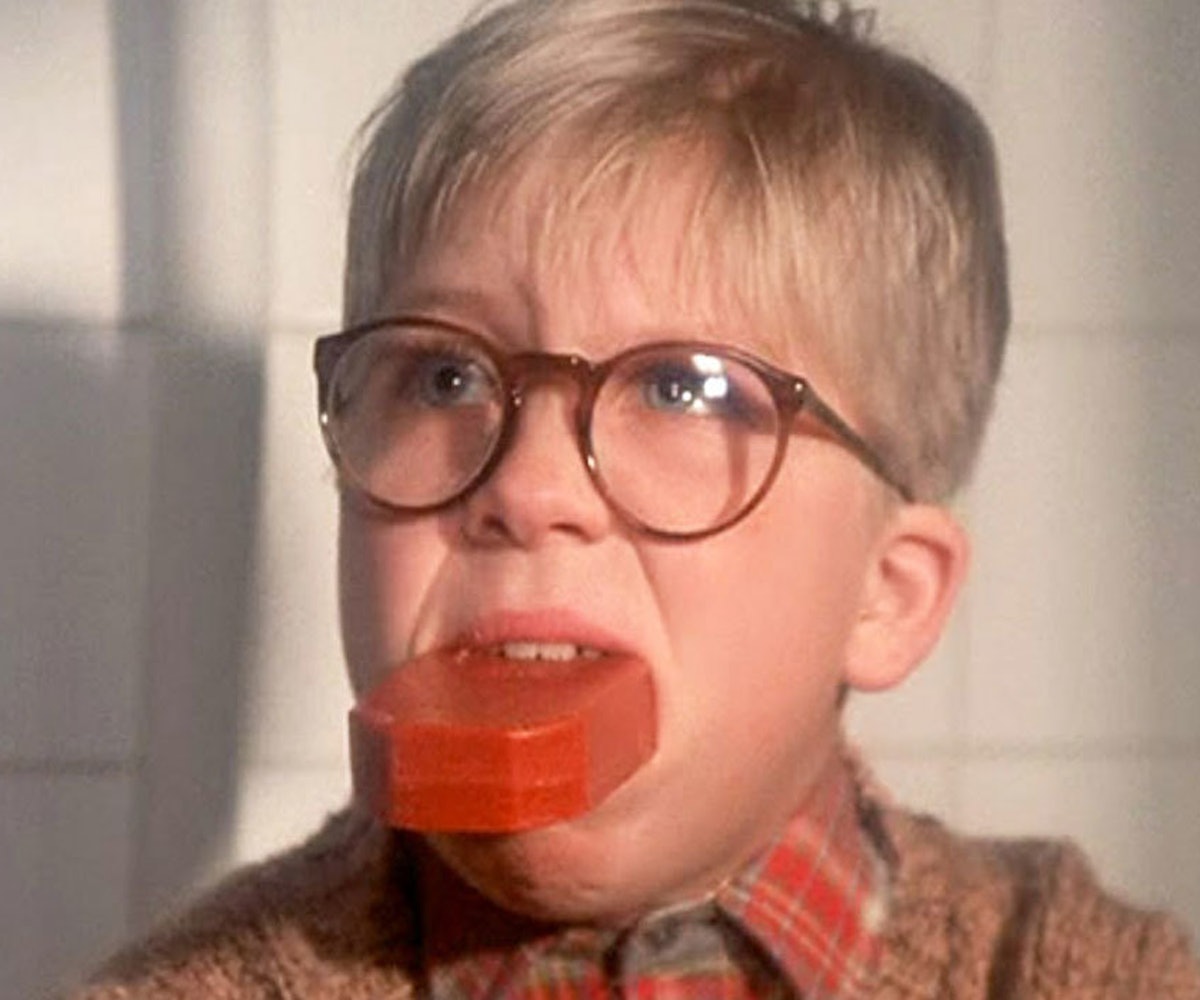 How boring? Well, I fell asleep both times attempting to pop my A Christmas Story cherry. This, I've learned, is a thing common to most people who have watched (aka slept through) A Christmas Story. "I've never actually finished it," my coworker Taylor Bryant says. Another friend tells me they never make it past the initial unboxing of the leg lamp scene—which, in hindsight, makes their prior chastising me for not having seen the movie feel very unfounded. So, I don't know, maybe the day-long loop of A Christmas Story makes sense after all, because since you're bound to fall asleep when watching it, at least you'll be able to catch what you've missed when it replays again in a couple hours.

Or maybe not. Because maybe you just won't care what takes place in the movie. That's what happened to me after two failed viewings. Sure, I felt like a Christmas Story fraud, but I was still not inspired to Wikipedia the rest of the plot—and that is not an activity that takes a whole lot of inspiration.

Where did I zone out exactly? From the notes I took during both viewings, I seem to have fallen asleep after Ralphie says (but doesn't say), "fudge." His mouth gets rinsed out with soap, and I lost all sense of focus after that because (a) nothing tops children cursing and (b) I really couldn't tell where the plot was progressing—and I really didn't care. (For background, the only other time I've zoned totally out watching a movie because of its plot is Enter the Void, a decidedly very different movie than A Christmas Story.) Whether or not Ralphie would get a toy gun that would potentially shoot out his or someone else's eye was just not something I cared about. At all.

Instead, I would rather have had the film focus on Ralphie's spoiled little brother, Randy. That sucker has it made. He's got the best winter gear and a mom who throws Kardashian-esque comments his way. "There's starving people in China" is the original "Kim, there's people that are dying." Iconic!

Anyway, I think I missed the boat on fandom for A Christmas Story a very long time ago, because the jokes about Victor and the Lone Ranger's horse flew over my head; the leg lamp's presence, too, left me befuddled. "Is this supposed to be funny?" I wrote in my notes. "Could this possibly be relatable to young kids today?"

At the end, all I had were these questions with no real way of ever finding the answers, because I do not have any little kids in my life nor do I feel compelled to search for them, or even, as it turns out, to finish a movie no one else has ever finished anyway. A Christmas Story is one Christmas story I'm totally comfortable with not knowing the ending of.

That said, today just might find me lounging on the couch tuning into it anyway, because I will definitely be watching White Christmas, and that's one film that deserves some much-needed white noise after.