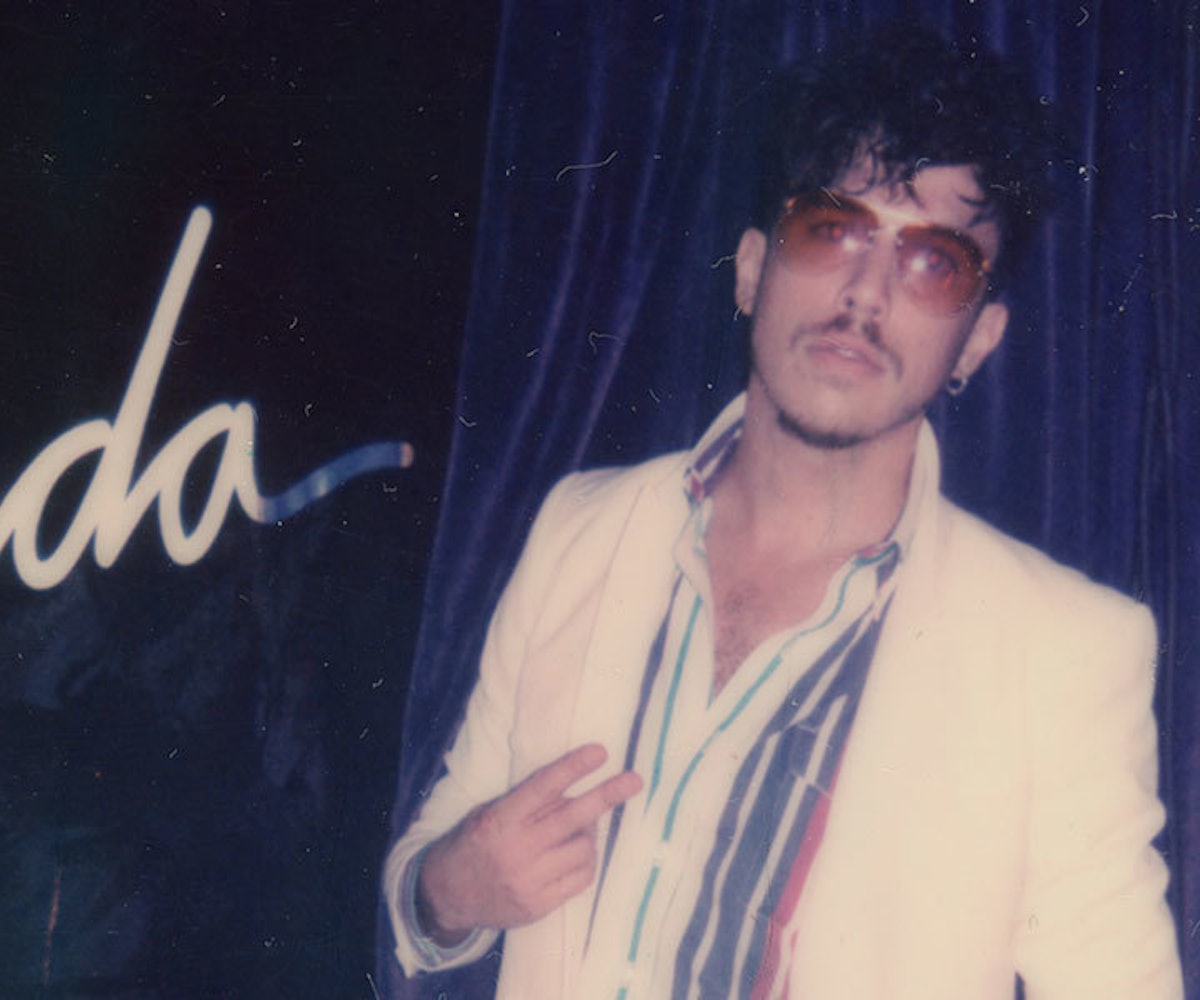 The dance floor, as Madonna says, is supposed to be "a place where you can get away"; it's a place theoretically free of inhibition, where the only person or thing holding you back from being your true self is yourself. The rise of electronic music festivals has sanitized that mentality, though, catering more toward the heteronormative distillation of dance music than its deeply rich and queer roots. Gregory Alexander and Loren Granich, the creators of Los Angeles' A Club Called Rhonda party, know this and are, in turn, shaking up the dance scene one sequin at a time.

For eight years, Alexander and Granich have imbued Los Angeles nightlife with a "polysexual revolution" known as Rhonda. (They've recently started taking it elsewhere, too.) Their party indulges anyone and everyone who's bold enough to walk past their resident door drag queen, Phyllis, and into Rhonda's world of pure, inclusive hedonism that can only be described as fabulous. "We’re the platform for your own self-expression," Granich tells me. "Wherever you fall on the spectrum, we'll cater to you because Rhonda is about reaching curious minds."

I met up with Granich this past week on Holy Ship!, a decidedly heteronormative electronic festival that takes place on a cruise ship. Granich was there with his "DIY as fuck" team, having been invited to bring Rhonda to the boat. Among sets featuring the heaviest of bass and the hardest of drops would be Rhonda's curated lineup of genderqueer musicians playing songs that don't follow the formula heard elsewhere on the ship. Granich is honest that Holy Ship! isn't necessarily Rhonda's scene but, due to the festival's innate sense of community, it very well could be. "We’re all about unity through community," he says. "Nightlife is a community for those who may not have one." Rhonda comes alive with that being the common ground in place.

"We transform venues so as to inspire others to transform more into themselves," Granich says. "There is no 'Rhonda type' of person; whether you come in drag, in a butch look, whatever, we just want you to do you amazingly." For Granich and the Rhonda crew, nightlife isn't something to be ashamed of or anxious about. After all, it's where culture is born. Where else will you find businessmen chatting up party boys whose crew includes artists and designers, erotic poets, and, say, a mathematician? At night, under the flashing lights because nightlife thrives on duality, the contrast between your day self and night self. Rhonda is simply that vessel for refining those selves, to, as Granich says, "discover different ways of arousal that aren't just sexual."

At the end of it all, Rhonda is the great disrupter in a homogenized scene. It's holistic clubbing designed to free yourself from yourself, by grooving to beats that wear their historical influence on their sleeve while staying unabashedly contemporary. Rhonda connects those dots. To put it more abstractly, Granich says Rhonda is for those of us that live the life. "What is the life?" he asks. "You know the life if you're tuned into or even just curious about subcultures; the clues are inside you." He says, "We'll show you the tasteful side of dance music."

No password. No secret venue. No bouncer drama. With Rhonda, you're in as long as you want to be in.