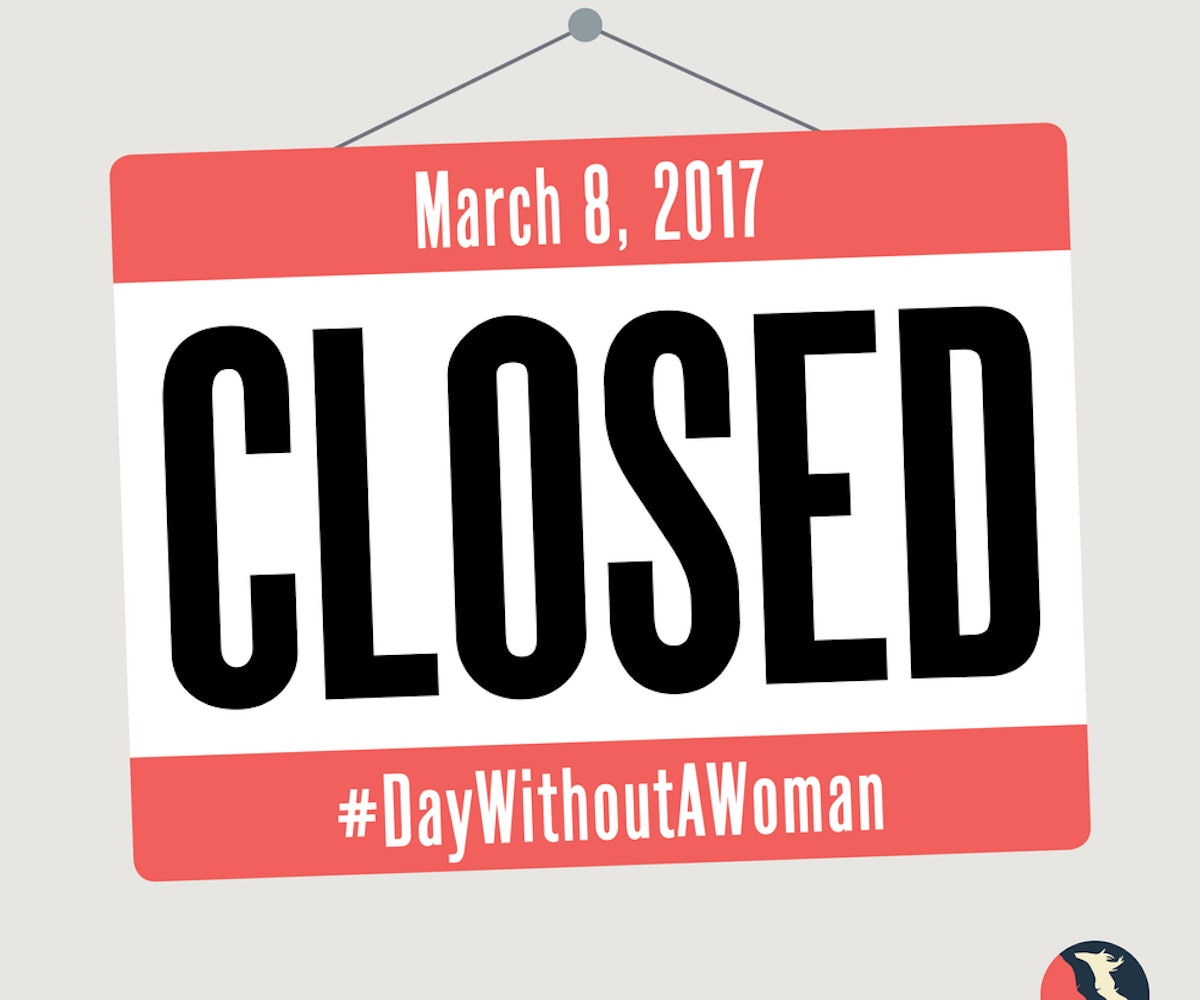 According to the Twitterverse, the NYPD has arrested the national chairs of the Women's March, Tamika Mallory, Linda Sarsour, Carmen Perez, and Bob Bland, in front of Manhattan's Trump Towers. Reporters on the scene claim that the women were taken into custody for blocking traffic at Columbus Circle. Reportedly, the protesters had formed a human wall in order to prevent people from going into the hotel.

It should be noted that these leaders also organized the "A Day Without A Woman" strike taking place across the globe today, on International Women's Day. The Women's March account tweeted that their organizers were taken for participating in "an act of civil disobedience," but they will not remain silent.

The organization is calling for all protestors in New York to congregate at the seventh precinct in Manhattan immediately to show solidarity for their "reSisters" that were arrested. Based on what we know at this time, the protests have been peaceful. We'll report back when we receive more information on the situation.

In the meantime, check out some photos from the scene in the posts, below.