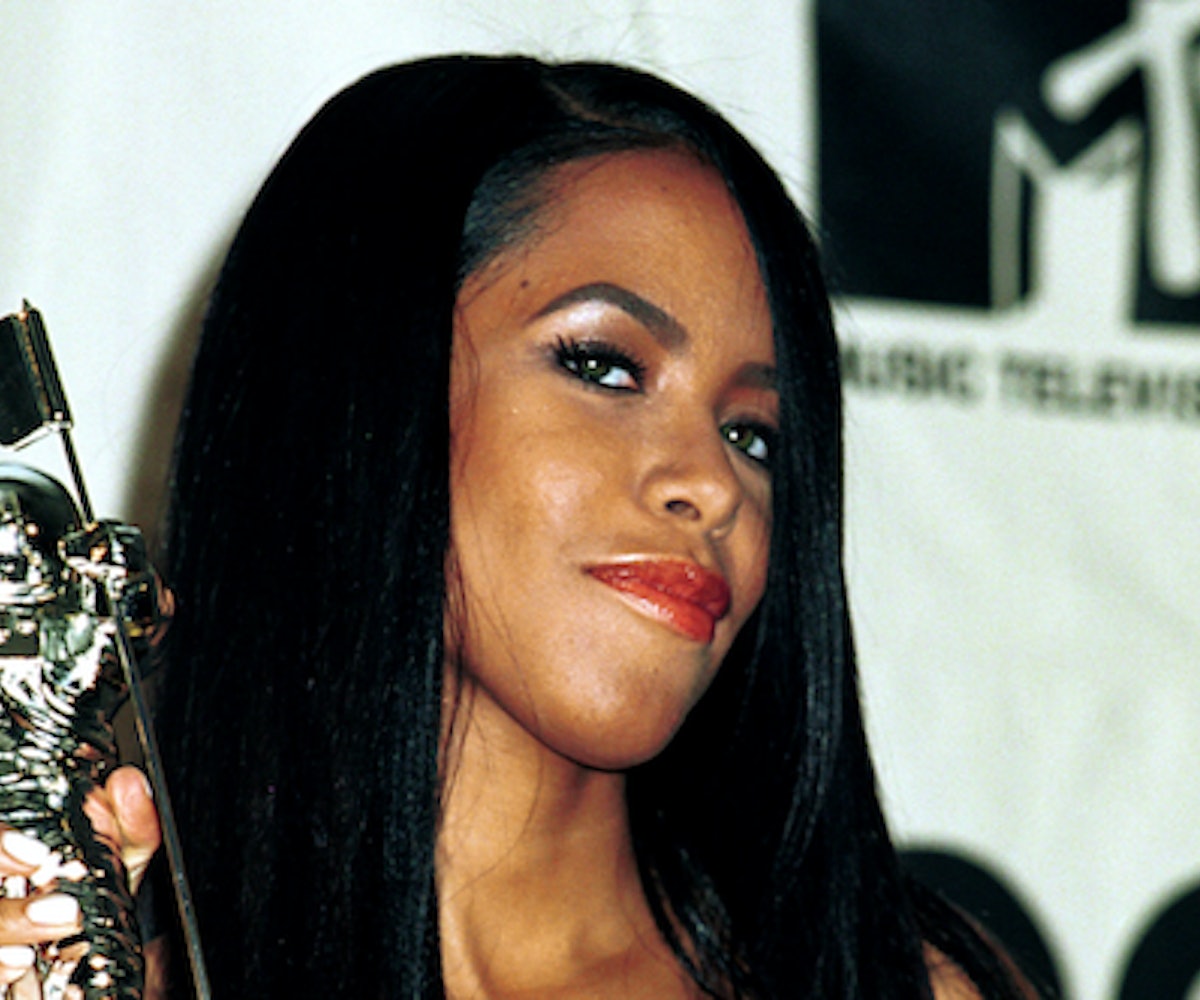 Last August, M.A.C Cosmetics announced that it would be releasing a makeup collection inspired by the late R&B icon Aaliyah. At the time of the announcement, the beauty giant provided little information, aside from the fact that it would be out sometime in the summer of 2018. Now, we finally have word on when, exactly, the collection will be available: June 20 online and June 21 in stores.

"Aaliyah super-fans everywhere—YOU made it happen! Inspired by your loyalty and love, the 90s-glam #AaliyahForMAC collection is coming soon," the brand announced in an Instagram post today. "Aaliyah lives on in a makeup collection influenced by her groundbreaking work in music and film. Watch this space for more updates."

The collection was created in response to a fan-created petition on Change.org calling for a collection to be made in Aaliyah's honor. It garnered massive buzz after it was backed by some of Aaliyah's biggest fans, family members, and collaborators, including her brother Rashad Haughton, Missy Elliott, and Aaliyah’s former makeup artist Eric Ferrell. (M.A.C's collection honoring Selena Quintanilla was also started via a fan petition.)

In addition to confirming the collection's release date, the brand also posted a sneak peek of two of the products from the collection, a brown lipstick and a purple- and brown-heavy eyeshadow palette. The lipstick will reportedly be named after one of Aaliyah's songs, and the palette was inspired by one of the singer's music videos.

The brand is also calling on stans of the artist to submit photos or videos of themselves explaining how Aaliyah has impacted their lives.

NEXT UP
Beauty
Taylor Swift Had 2000s-Inspired Side Bangs At The 2022 AMAs
Culture
Not One, But Two BTS Documentaries Are Coming
Entertainment
Spotify Wrapped 2022 Reveals Your Listening Personality Type — And What That Means
Entertainment
Olivia Rodrigo Hinted At New Music In 2023