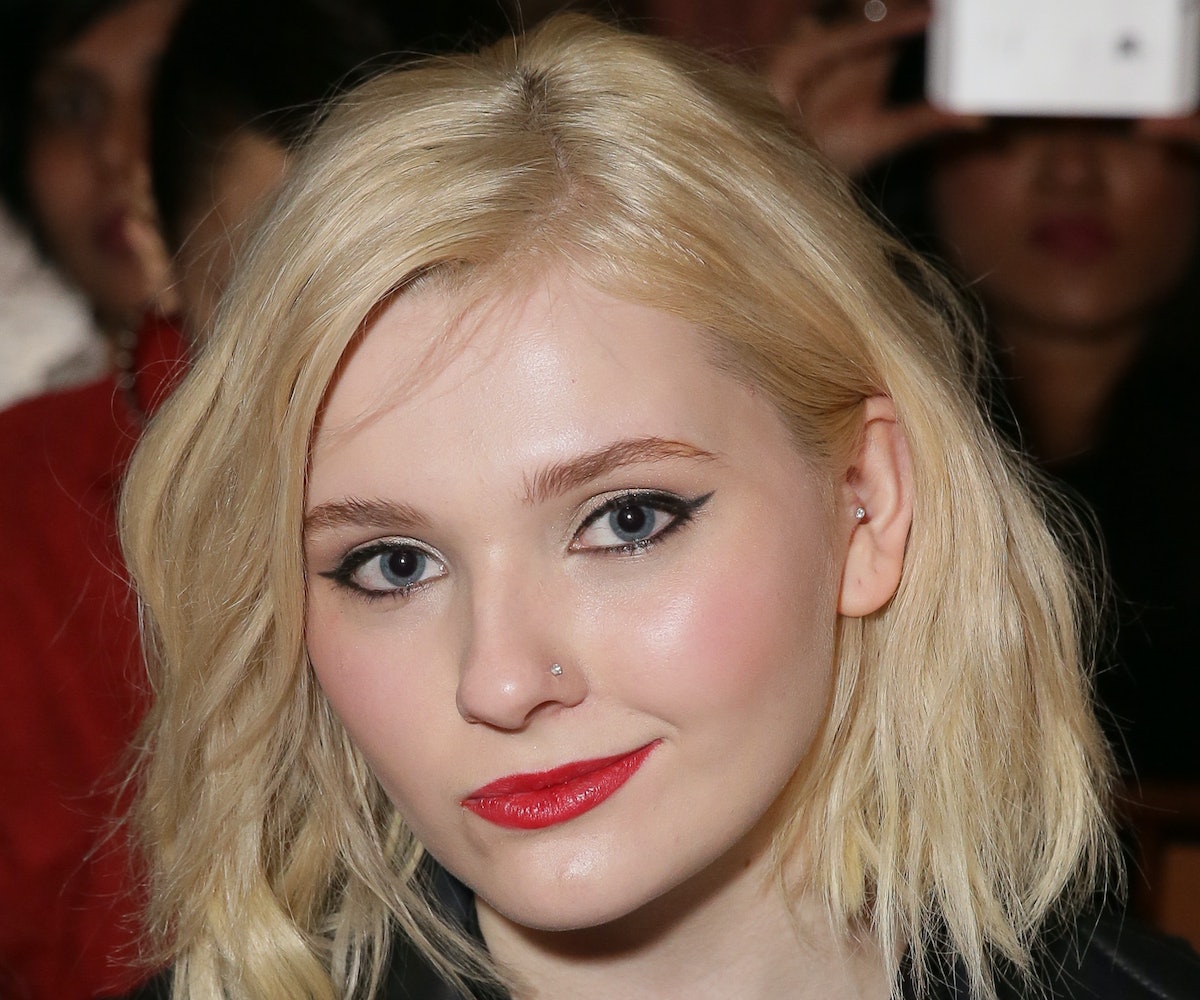 Photo by Chelsea Lauren / Getty Images
by meredith alloway
May 4, 2015

Abigail Breslin has come a long way since her Oscar-nominated role in Little Miss Sunshine in 2006. The actress is now 19, and she’s not afraid to speak her mind or take risks with her career.

Breslin is entering the horror genre with her latest film Maggie and upcoming TV show Scream Queens. In Maggie, Breslin plays the title role as a girl who’s slowly turning into a zombie. Over the course of a few weeks, her father (played by Arnold Schwarzenegger) looks after her as she grapples with the psychological effects of knowing she’s about to become a monster. And from Ryan Murphy—the king of terrifying television—Scream Queens features Breslin along with Lea Michele as one of Emma Robert’s sorority minions. The show mixes murder with pink, pledges, and crime on a college campus. It sounds delicious.

Here, Breslin divulges on her roles in Maggie and Scream Queens and opens up about supporting her friends, on set and off.

You literally play a zombie in this, which is awesome. Did the director assign you other zombie movies to watch or how did you approach the character?

I did not watch anything before we started filming because this is such a different kind of zombie that we didn’t want to make her act like the typical scary, crazy zombie. We kind of made it up as we went along. That’s what was really fun about it. There was a lot of freedom to try new things. There were a lot of sounds I make in the movie that we were experimenting with. We wanted to make it really different.

We also see a different side of Arnold Schwarzenegger. Since he plays your dad, did you have some time to bond before the film?

Before you meet Arnold Schwarzenegger you have this idea he’s going to be a certain way. He’s so iconic and well-known, it’s hard not to have a preconceived idea. When I met him, he was so sweet and nice and so generous as an actor. I’d be sitting in hair in makeup complaining about this guy while getting my zombie makeup done.  All the sudden I turn around and Arnold is standing there like what’s he doing, what’s going on, what happened? I’d give him full details about the guy I like. He was so cool about it.

You’ve really been dipping into the horror genre lately with Maggie, and now Scream Queens coming out this fall. Were you a Ryan Murphy or American Horror Story fan before?

I was a huge fan of Ryan Murphy beforehand. He’s really why I wanted to do this show. He’s such a genius. When I met with him on this he was telling me about the idea he had for it and I was like oh my gosh this is going to be an amazing, crazy show! I just finished the first two episodes and now I’m going back in a couple weeks to finish the rest of the season. I’m so excited for people to see it! It’s so hard for me. We’ll film something and all of us will be freaking out on set and we’re really the only people we can talk to about it. Some of the stuff is so outrageous I’m like can we even show this on Fox? Apparently we can.

I know you can’t disclose much but you have said your character is unlike anything else you’ve played before.

Yes. Very much so. She’s one of Emma Roberts’ minions. She’s definitely the polar opposite of who I am in real life. She’s kind of awful in the best way.

A lot of the films you’ve been in, particularly August Osage County and Little Miss Sunshine, have had casts much older than you. In Scream Queens, you’ve got Emma Roberts, Lea Michele and so many other girls your age! What’s set life been like?

I love hanging out with them on set. We’re always talking about guys and what’s going on in our lives. All of them are so different from each other. They’re all so talented and amazing and gorgeous. It’s so nice to be surrounded by girls that are really empowering each other. We’ve been really having a really fun time and hopefully that’ll really come across on the show.

Speaking of empowering each other, I have to give you props for defending Selena Gomez’s recent bikini shots on your tumblr. Have you also experienced that pressure from the media to look or be a certain way and how have you preserved who you are?

I think it’s hard to grow up in general and not feel pressured to be a certain way. That’s for anybody whether you’re in high school or you’re in front of a camera. Selena is gorgeous and she was having a great time on the beach obviously. There’s nothing wrong with how she looks at all. I saw those pictures and was like whoa, she looks really good! Why aren’t we talking about the things she’s doing work-wise? Why are we only talking about the pictures on the beach? I just felt like I wanted to say something about that. I just get like ah why are you doing this stuff? We all need to support each other and spend time building each other up instead of trying to make each other feel bad. That’s not healthy at all.