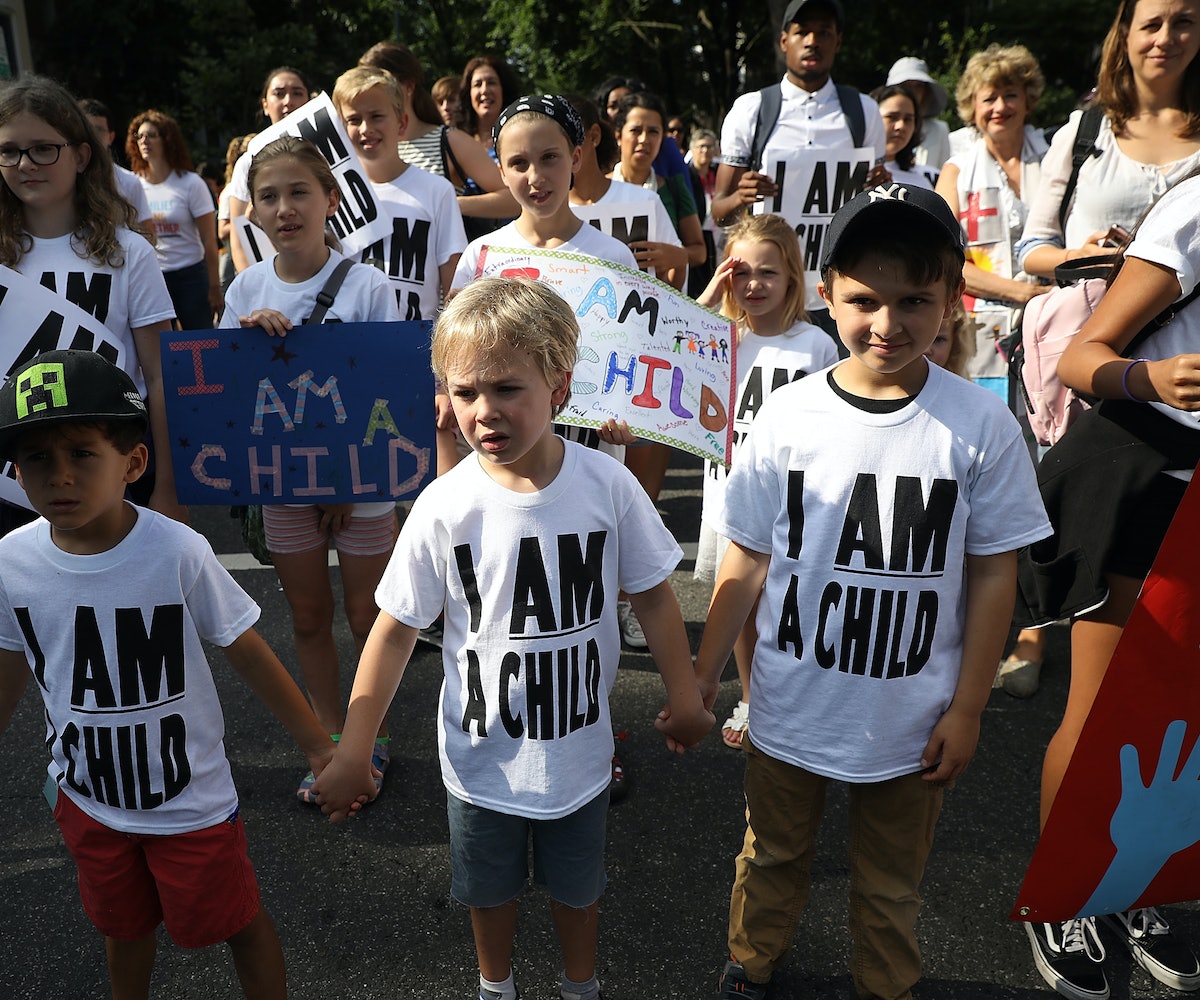 It’s now a week past the deadline for the Trump Administration to have reunited the thousands of immigrant children separated from their families. As a result of the administration's refusal to dedicate the necessary attention and resources to the effort, many of the families who were torn apart by its zero-tolerance immigration policies remain separated. Now, the president’s team is pointing fingers and demanding that someone else clean up their mess of human rights violations by suggesting that the American Civil Liberties Union deal with it.

In a court filing submitted by the Department of Justice on Thursday, August 2, the Trump Administration’s DOJ said that “Plaintiffs’ counsel should use their considerable resources and their network of law firms, NGOs, volunteers, and others, together with the information that defendants have provided (or will soon provide), to establish contact with possible class members in foreign countries,” reports the Washington Post.

This audacious turn of events is more evidence of the administration's tone-deaf abdication of the president’s responsibilities to this country. Turning to the ACLU feels like a sick joke, seeing as it's the organization which originally filed a lawsuit against the administration that resulted in last week’s missed deadline.

Additionally ridiculous is the fact that the government has been less than helpful through the entire fiasco, frequently misplacing children and parents or failing to properly document their whereabouts. CNN reports that despite the ACLU’s best efforts, they still struggle to obtain complete case files of separated parents, making their job nearly impossible.

“Not only was it the government’s unconstitutional separation practice that led to this crisis, but the United States Government has far more resources than any group of NGOs,” ACLU lawyers wrote in the court filing. “Plaintiffs therefore hope that the Government will take significant and prompt steps to find the parents on their own.”

As of Thursday, there are still over 500 children who remain separated from their parents, according to NPR—many of which the public fears are in danger, after the death of one child at a holding facility while in government custody. The manpower and funding necessary to right their egregious catastrophe can only materialize with the assistance of the federal government—help they are clearly unwilling to provide.

Donate to the ACLU here. Register to vote here.