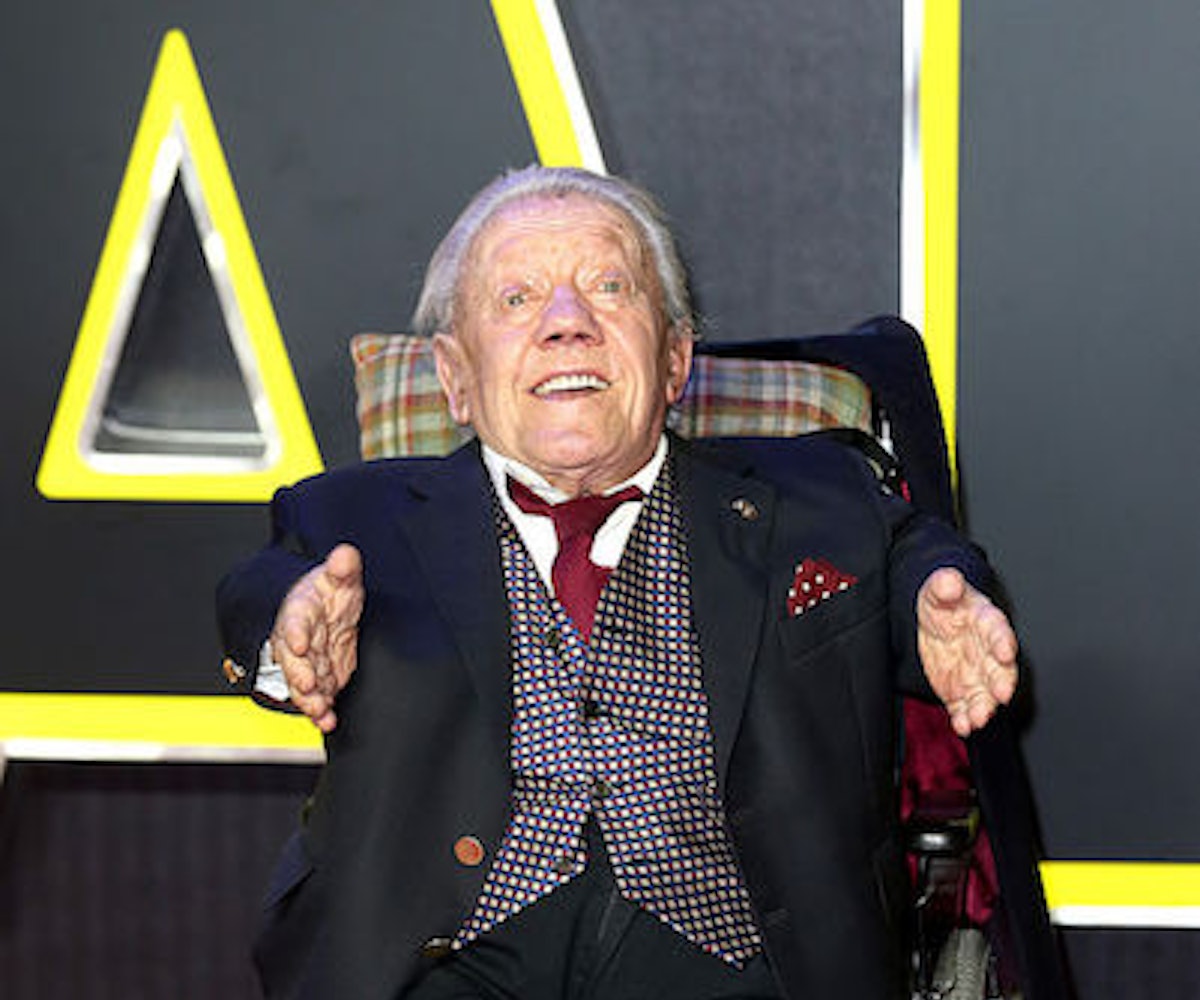 British actor Kenny Baker, who famously played R2-D2 in six Star Wars movies, has passed away at the age of 83.

According to The Guardian, the 3-foot 8-inch actor had been battling illness for quite some time. Baker broke out back in 1977 when he starred as the robot character in Star Wars: A New Hope. He then continued his R2-D2 streak in the Star Wars franchise with follow-up installments like The Empire Strikes Back in 1980 and Return of the Jedi in 1983. In his later years, Baker starred in the Star Wars prequels, between 1999 and 2005.

Reflecting back on her uncle's life, Baker's niece Abigail Shield told The Guardian about his upbringing and the challenges he faced regarding his health. "When he was a child, he was told that he probably wouldn’t survive through puberty, being a little person in those times, they didn’t have a very good life expectancy. He did extremely well in his life. He was very ill for the last few years so we had been expecting it. He had been looked after by one of his nephews, who found him on Saturday morning."

She also elaborated on his long-term sickness, saying: "He had problems with his lungs and was often in a wheelchair. He was very poorly for a long time. He was asked to go out to L.A. for the new Star Wars premiere but he was told he was too ill to travel. Luckily he did manage to meet George Lucas again when he came to Manchester."

The beloved actor, who was plagued with sickness at the end of his life, fortunately still had joyful life regardless of the obstacles he faced, according to Shield.

"It was expected, but it’s sad nonetheless. He had a very long and fulfilled life. He brought lots of happiness to people and we’ll be celebrating the fact that he was well loved throughout the world. We’re all very proud of what he achieved in his lifetime."

May he rest in peace.