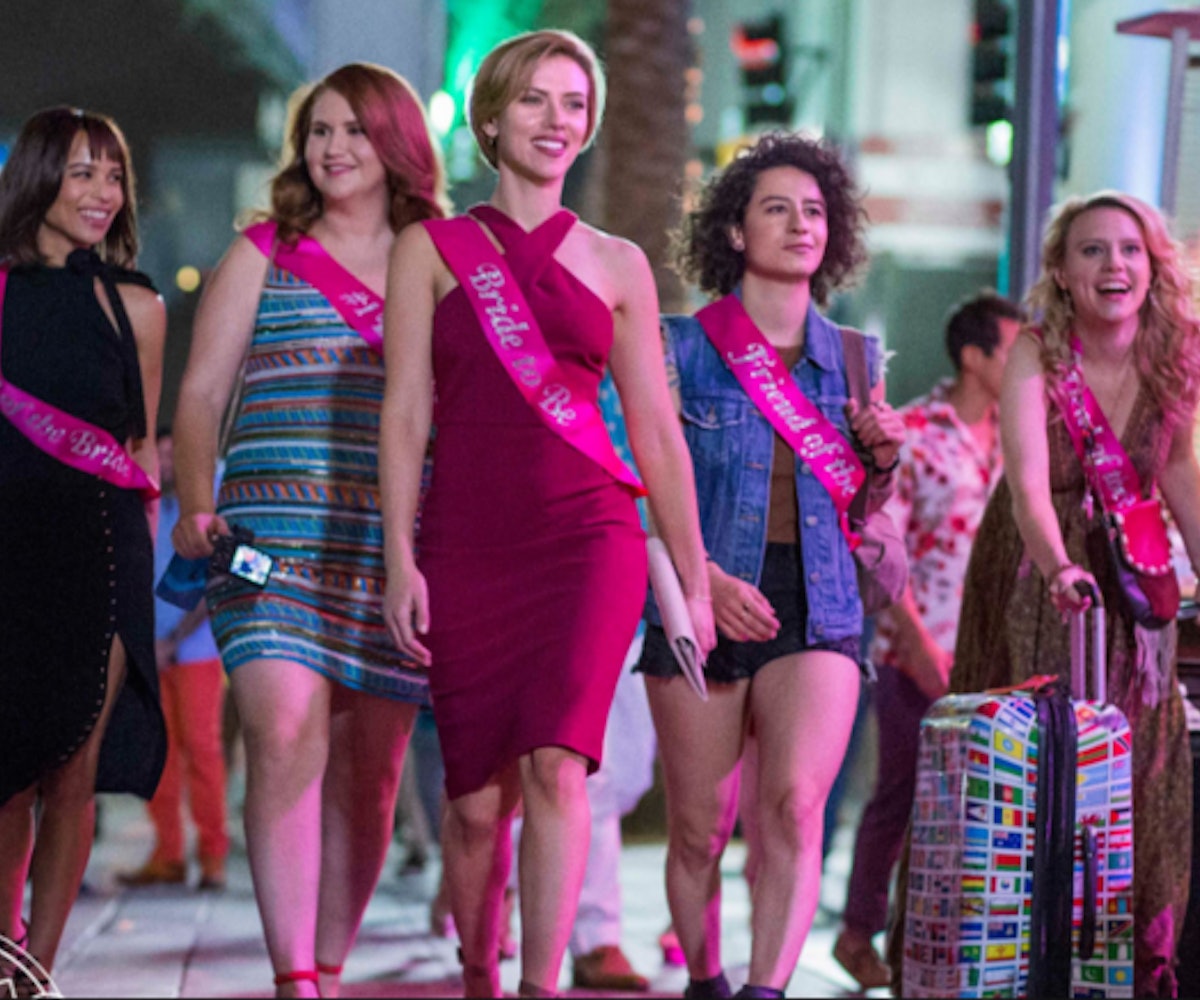 Last month, Jason Mantzoukas appeared on an episode of The Watch, an entertainment podcast hosted by Chris Ryan and Andy Greenwald, to promote his new movie The House. What made the appearance somewhat unusual is that The House, which had been in theaters for days, was already seen as a failure. The R-rated comedy, which stars Will Ferrell and Amy Poehler as parents who open a casino in their suburban home to raise money for their daughter’s college tuition, couldn’t overcome scathing reviews and suffered at the box office, making just $8.7 million in its opening weekend. So instead of promoting the movie, Mantzoukas was there to defend it.

To me, this felt somewhat radical. Actors will usually discuss their more underappreciated works, but typically not while they’re still in theaters. Not only was Mantzoukas confronting the disappointment and bewilderment he felt over the movie’s failure, but he was also making a case for it. “There’s a ton of funny stuff in this movie,” he told Ryan and Greenwald. “This is a movie that is predisposed to being something people would see in the summer for a fun, summer, blowout movie. It’s Will Ferrell and Amy Poehler, who are beloved, and who together are dynamite.” None of that is new information, but Mantzoukas, a respected figure in the alternative comedy world, said he “really likes” the movie, and I believed him. Ryan speculated that some people might have mistaken The House for one of Ferrell’s more family-oriented movies, in the vein of Daddy’s Home, but that it was, in fact, a “hard R,” and featured jokes about cocaine, MMA, and severed limbs. At one point, they set Jeremy Renner on fire. That sounds like a good time! Mantzoukas went on to compare the comedy to some of Ferrell’s classics, like Old School, Step Brothers, and Anchorman. I was sold. I wanted to see The House.

Quick update: I haven't seen the The House, but Mantzoukas’ willingness to stick up for a movie that the public had already rejected got me thinking that more actors should do that. The bulk of an actor’s promotional obligations is met in the weeks and days leading up to their movie’s release. That’s when they’ll hit the talk show circuit, walk the red carpet, and give interviews to media outlets. This is all done before the movie is released in theaters. Reviews might be out, but a movie isn’t a failure, at least in Hollywood’s eyes, until the public has spoken. Box office is everything. Take Suicide Squad as an example. Last year, the cast of the highly anticipated DC Comics blockbuster was in the middle of a global press tour when critics unloaded on the movie, turning it into a punch line. But on the strength of its starry cast and the appearance of iconic characters like the Joker and Harley Quinn, Suicide Squad managed a record-breaking opening weekend and went on to gross $745 million globally. It was a hit that didn’t need anyone defending it or justifying its existence (even though that didn’t stop director David Ayer from firing back against negative reviews).

But what about high-profile movies that don’t have the luxury of a built-in audience and land with a thud? Take Rough Night, another R-rated comedy from this summer that was expected to be a hit thanks to a cast that included Scarlett Johansson, Kate McKinnon, Ilana Glazer, and that was being marketed as the latest Bridesmaids copycat. For a bunch of reasons (poor reviews, audience fatigue, Netflix), Rough Night failed at the box office, and it was left for dead by everyone involved. In the weeks leading up to its release, the Rough Night cast was everywhere. Here they are, giving “the most foul-mouthed interview ever” for Vanity Fair. And here they are on E! News, playing a game involving naming male strippers. All of that promotional gamesmanship amounted to a paltry $8 million opening weekend, enough to cement Rough Night as one of the biggest disappointments of the summer. But imagine if the cast of Rough Night began earnestly promoting the film after it had come out? Imagine if they gave interviews hitting back against the movie’s poor reviews, selling the audience on its merits and insisting that this wasn’t a movie made for critics, but for audiences? Those tactics could have saved the movie from its fate and given it a longer shelf life, convincing people to go see it and salvaging its weak opening weekend.

The reason they didn’t is because, in today’s Hollywood, those opening weekend numbers are all that matter. With the exception of certain word-of-mouth hits (think: Get Out), a studio movie’s success is measured against its opening weekend numbers, which is why after a movie is released, the gears driving the studio’s marketing push grind to a halt. Yesterday, The Hollywood Reporter published an article about the studios’ war against Rotten Tomatoes, the review aggregate site that has become increasingly powerful in deciding a movie’s fate. The dreaded Tomatometer, which assigns each movie with an average percentage score based on how many positive and negative reviews a movie gets, is increasingly being seen by studios as a make-or-break threat to their financial bottom line. Their primary response, according to The Hollywood Reporter, has been to prevent reviews from hitting the internet until a day or two before a movie is released, hoping they’ll have less of an impact on a public that is increasingly being tempted to stay home and stream their entertainment.

But as Sony will see with tomorrow’s release of The Dark Tower, a movie whose disastrous reviews started popping up only yesterday, that strategy won’t work. Instead, maybe they should send the movie’s stars, Idris Elba and Matthew McConaughey—two of our most beloved actors—on a relentless charm offensive over the next couple of weeks and see what happens. Granted, by all accounts, The Dark Tower isn't a good movie and probably doesn't deserve your money, but you can't say the same for something like The House, which I heard is actually pretty funny.