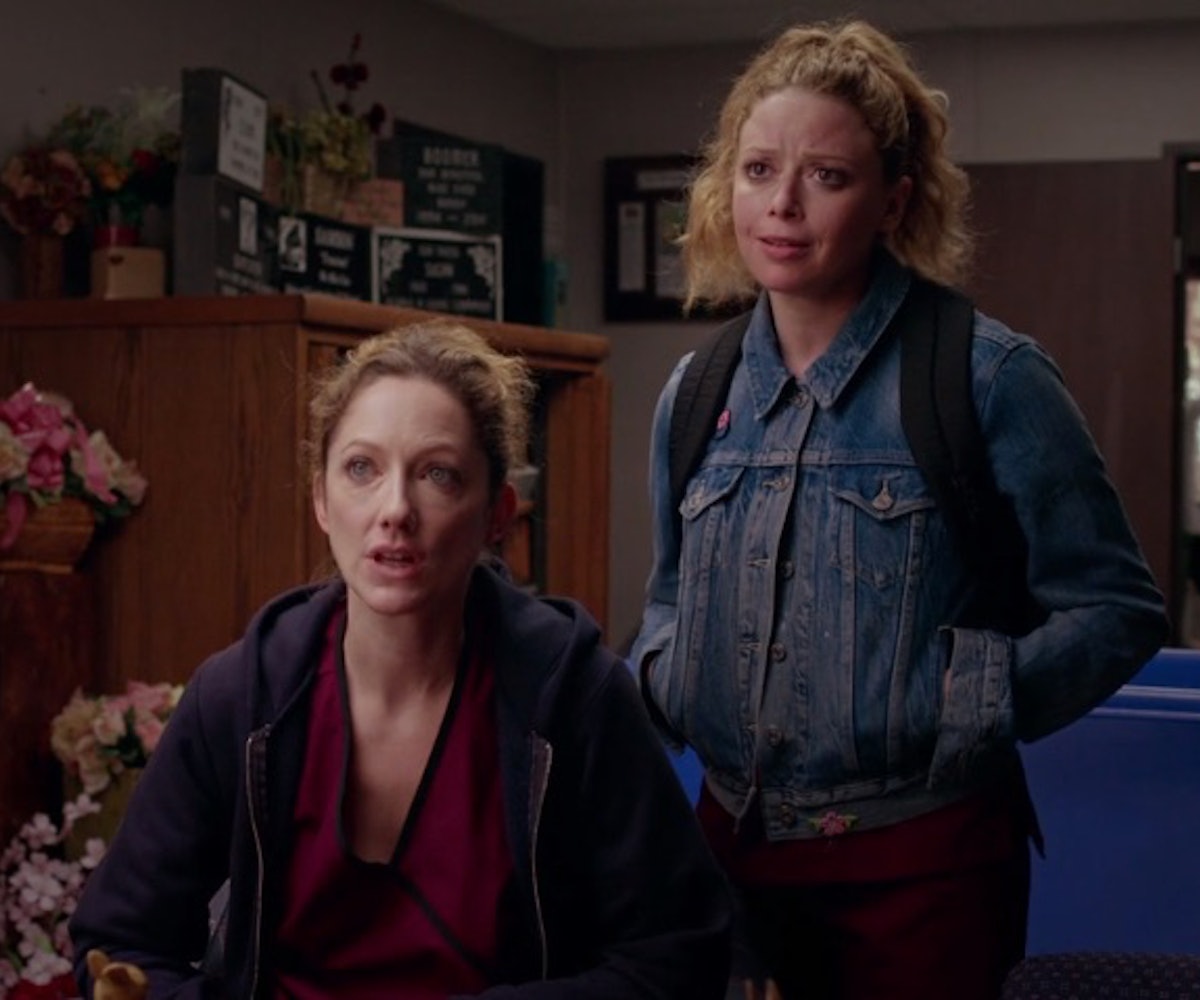 Addicted to Fresno, a wacky new black comedy from director Jamie Babbit, stars two of our favorite actresses, Judy Greer and Natasha Lyonne, as sisters who have to dispose of a dead body after Greer's character—a reformed sex addict—accidently kills someone. That classic premise gets a jolt when pet cemetery owners (Fred Armisen and Allison Tolman) learn of their secret and blackmail them for some serious coin. In order to keep them from squealing, the sisters are left with no choice but good old fashioned bank robbery. Supporting roles are filled out by names like Aubrey Plaza, Molly Shannon, and Ron Livingston.

In this exclusive clip, Lyonne and Greer meet Armisen and Tolman's characters as they attempt to secure a coffin for their dog, who is actually a human so no big deal. Addicted to Fresno hits theaters on VOD on October 2.