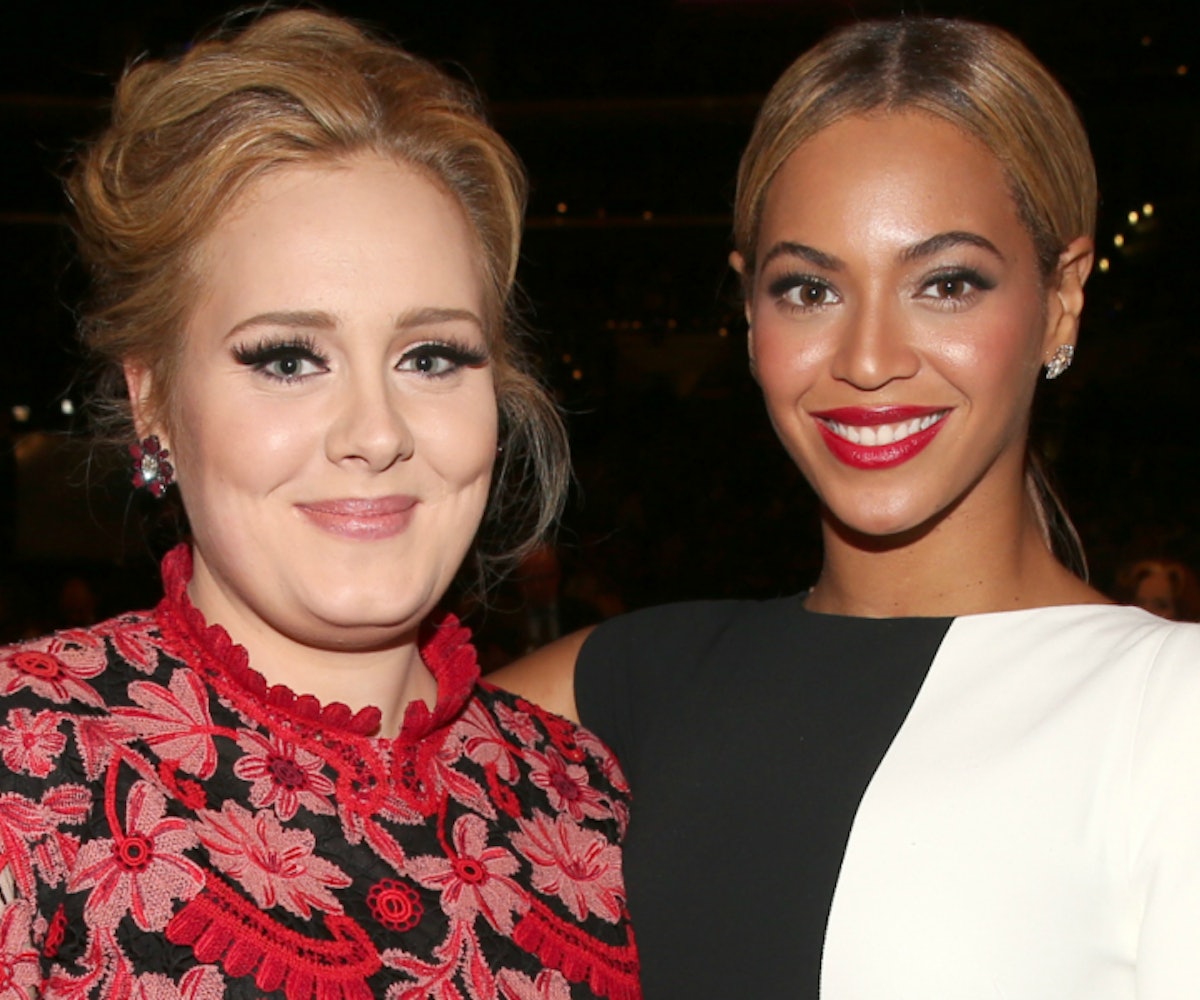 As you surely already know, Beyoncé served us up an incredible, history-making performance at Coachella last night as the first black woman to headline the festival. And if you watched her performance not from the festival crowd but via live stream from your couch in sweats last night, well, you're not alone—so did Adele (and, you know, the rest of us.)

As a long-time Beyoncé fan and fellow superstar (never forget last year's Grammys when she dedicated her Album of the Year award to Beyoncé!), Adele of course was freaking out during Bey's amazing performance, just like we all were. She took to Instagram to share her reaction to Beyoncé's Coachella set, and it was everything. It involved a lot of dancing, flailing, and twerking, not to mention...a trumpet? Just, take a look below.

Nope, that's not all!

Have you ever seen anything more relatable? No? Same. Honestly, Adele's dedication to Bey is inspiring.

Anyway, if you need me I'll be rewatching the Destiny's Child reunion that happened during Beyoncé's Coachella set last night—if you haven't already, might I suggest you do the same. Like, ASAP.