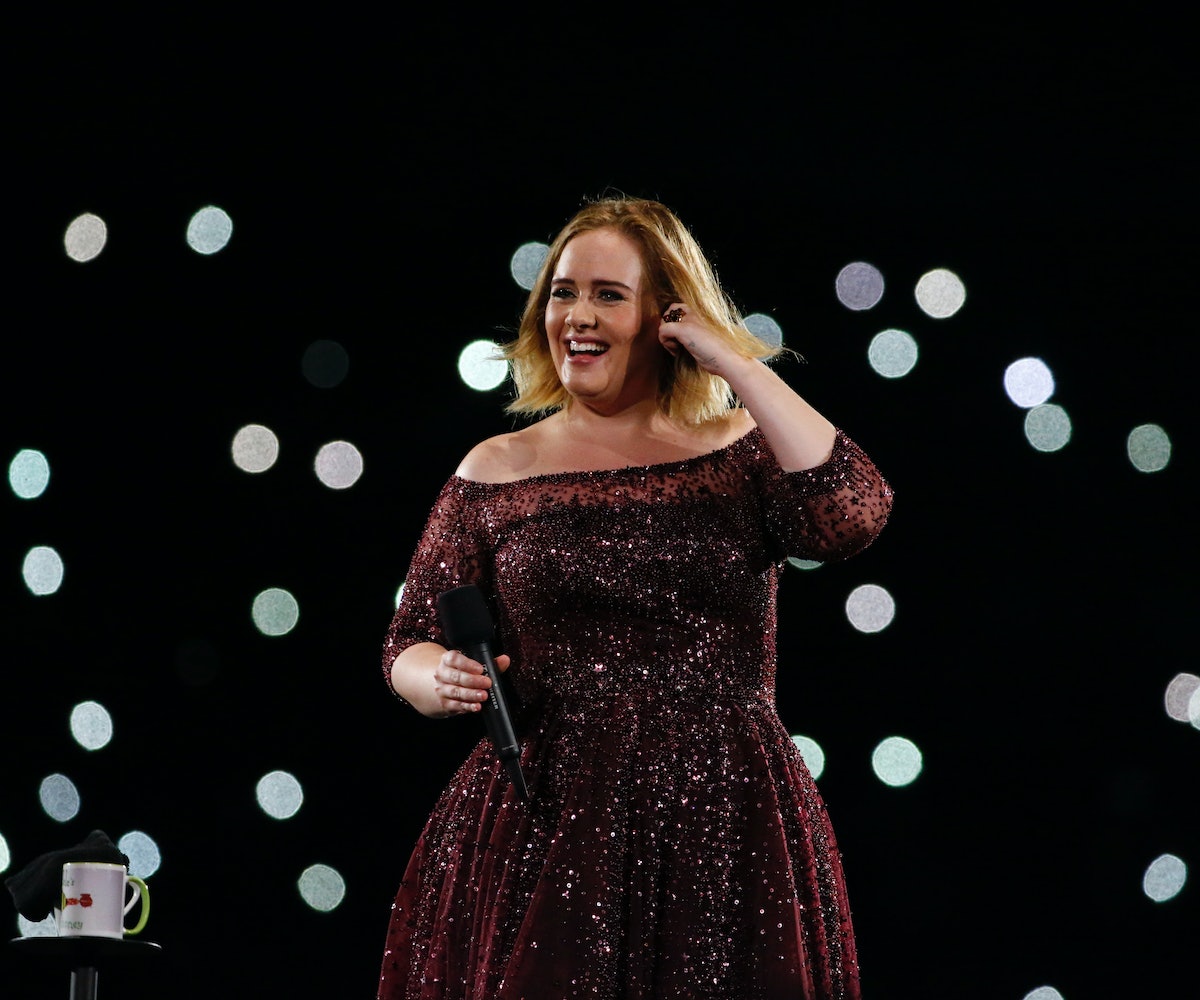 Just when you thought Adele couldn’t get any quirkier/lovable/charming, she manages to out-quirk/love/charm herself. Like, just the other night, when she confessed to a crowd of hundreds that, in order to get from her dressing room to the stage, a team rolls her in a box.

Yes, the singer worth around $125 million, climbs into a cramped and hot box in order to slyly sneak past fans. Crazy, we know, but apparently concert-goers have been onto her trick for a couple of months now, according to Twitter.

Adele herself finally came clean about the act during a recent concert. “It’s been a nightmare, and this time when I came out, you all knew I was in there. I was scared, I was, I’m not lying, I was frightened,” she said laughing.

And, if you’re wondering, the act of hiding out in a box sounds just as miserable as you might expect. Before the cat got out of the bag, Adele hinted to it to a different concert crowd, saying, “How I get to and from this stage makes me so sweaty, I’m drenched.” Perspiration or not, we’ll always love you and your weird ways, Adele.