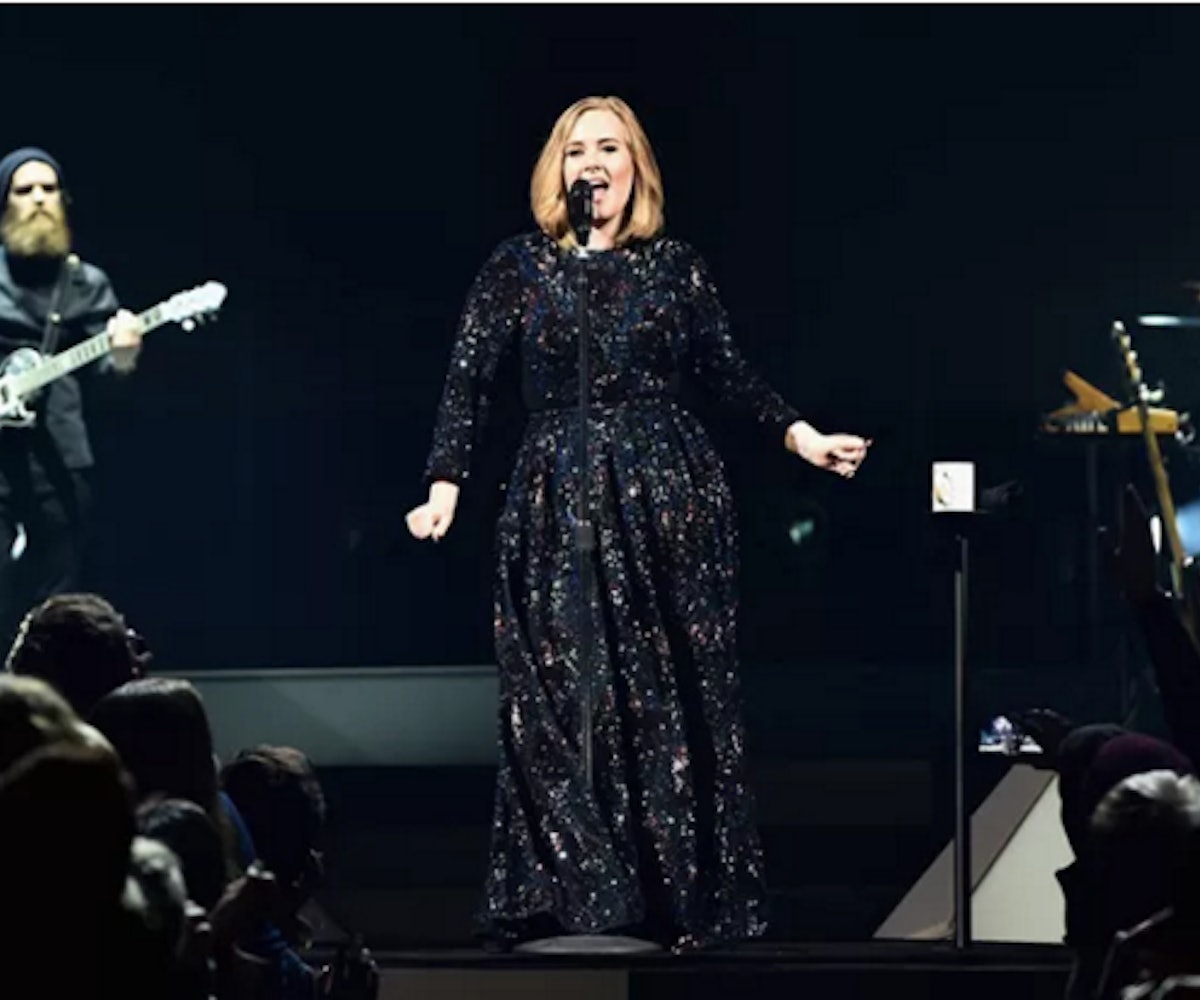 For those of you who procrastinated on summer plans, it's time to book a flight to the UK immediately, now that Adele is finally headlining the Glastonbury Festival on Saturday, June 25th. The singer actually wanted to do the show last year, but a mixture of anxiety and unpreparedness kept her from taking the leap. When she announced the news at a show in London's O2 arena Friday night, she said, "I wanted to do it last year but my record wasn’t ready," though in an interview late last year she admitted, "I think I have made myself pretty clear on Glastonbury. The crowds are too big — I don’t know if I could do it."

While Adele's wariness of being in the spotlight is well known, in this case it's well-founded, given the festival's history. With headliners like The Smiths, The Who, David Bowie, and Sir Paul McCartney in the backlog, Adele certainly has a lot to live up to. Thankfully, she now seems up to the challenge, telling haters, "To the people who say I am too boring to headline, you’re more fucking boring for moaning about me headlining.” She'll also be in good company this year, with Muse taking the stage on Friday, June 24th and Coldplay on Sunday, June 26th. You can check out the full lineup on the Glastonbury Festival site, while you start planning on where to camp and figuring out whether a tent will fit into a carry-on.