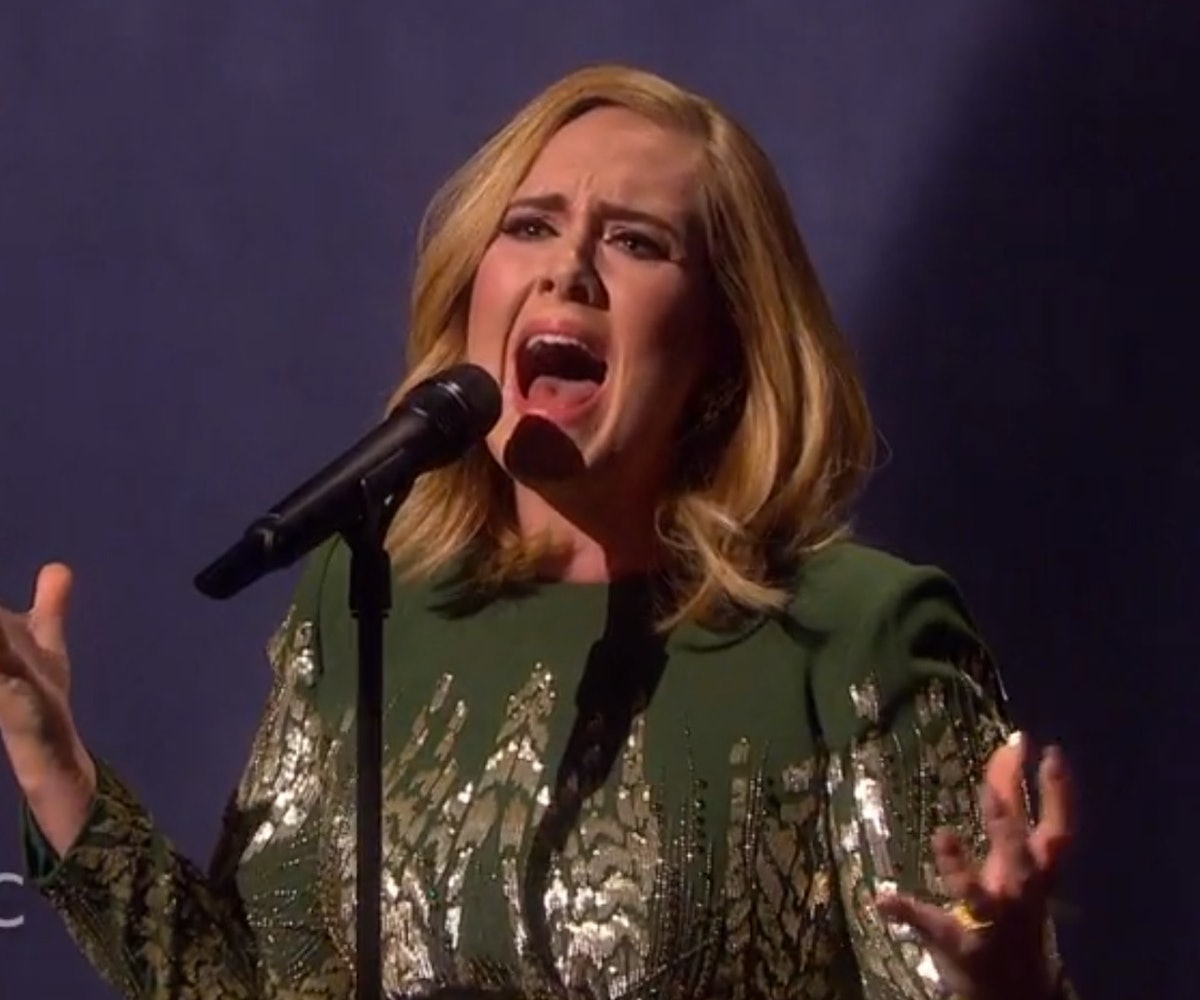 Here is literally the moment that everyone has been waiting for. Footage of Adele’s first live performance of “Hello” has hit the web, and it is every bit as sublime as you’d hoped. The superstar sat down for a live interview with British talk show host Graham Norton for Adele at the BBC, a special airing on November 20. In the teaser above, we see Norton introducing a “worldwide exclusive,” which turns out to be Adele’s first live performance since the 2013 Oscars. Weirdly, they chose to show a clip of Adele singing the song’s blowout climax, which kind of counts as a spoiler, but we’ll take it. When it comes to Adele, we’ll take just about anything.