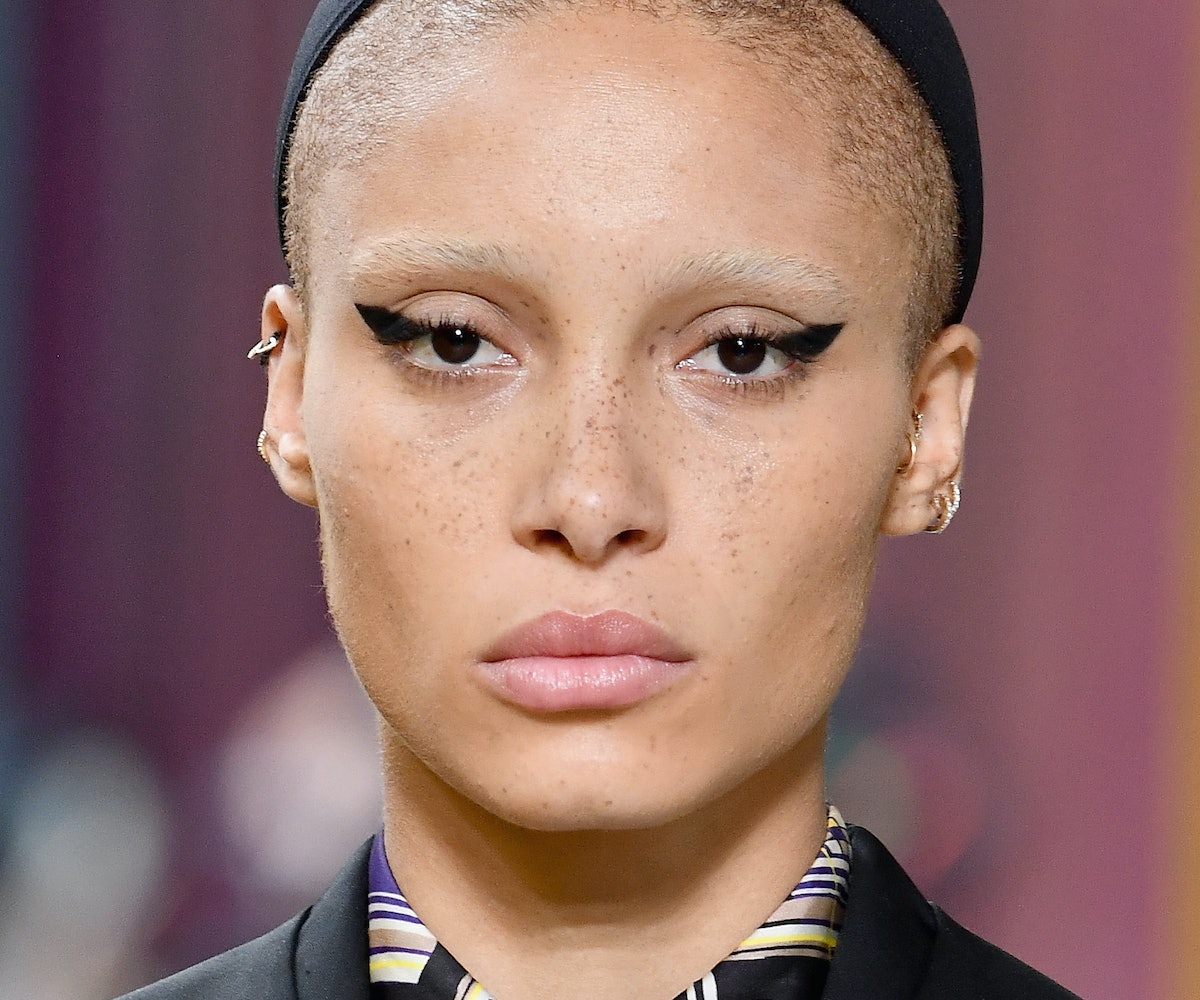 Model, activist, and total badass Adwoa Aboah has yet another exciting bullet to add to her already extensive resume: She’s the newest face of Marc Jacobs Beauty. (You know, totally casual.)

The news was announced earlier this morning on the Marc Beauty Instagram account, along with a sneak peek of the David Sims-lensed campaign that features Aboah in a pop-y scarf-and-hat combo and a bright red lip.

There’s no doubt about it, Aboah is a force to be reckoned with. Aside from skyrocketing her career to model-of-the-moment status (literally, she’s currently in the running for the British Fashion Council’s Model Of The Year), she’s the founder of female empowerment website Gurls Talk, frequently speaks at conferences, and helps children in Uganda when she’s not waltzing down the runway. She also was named a British Vogue contributing editor by Edward Enninful back in July.

We just can’t wait to see what she does next. Take over the world? We wouldn’t put it past her.

NEXT UP
Fashion
Taylor Momsen Is The 'Grunge Goddess' Star of R13's New Campaign
Beauty
Harry Styles’ Beauty Brand Is Dropping Their First Makeup Collection This Week
Life
On Repeat: Vaquera’s Away Collaboration Is Brought To You By Britney Spears B-Sides
Fashion
The Latest Lingerie-Inspired Runway Trend Is Wearing Bras As Shirts