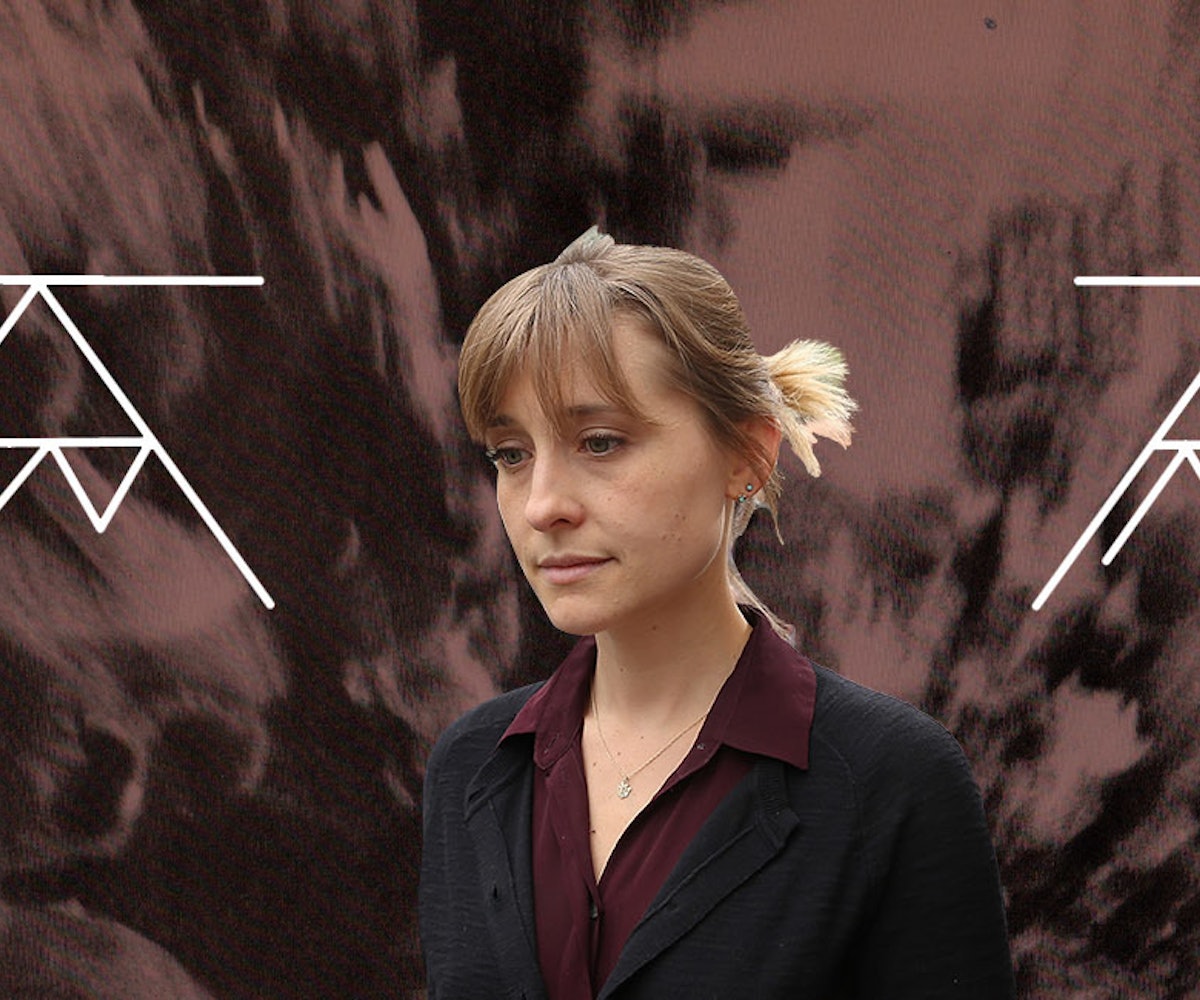 Cults are endlessly fascinating and, if A&E Investigates’ new season is to be believed, much closer to you than you may realize.

With investigative journalist Elizabeth Vargas at the helm, A&E Investigates: Cults and Extreme Belief forthcoming episodes explore the mechanics of several different cults and extreme religious sects. Amongst the groups explored are Warren Jeffs’ Fundamentalist Church of Jesus Christ of Latter-Day Saints and the Sanctuary Church, a far-right Christian church with a leader who wears a crown of bullets and whose members carry loaded AR-15s. However, the premiere episode—focused on an alleged sex cult within the NXIVM organization—was a particularly chilling one. Perhaps because it hits so close to home.

NXIVM is a controversial self-help group founded by Keith Raniere, who was arrested earlier this year on multiple charges, including sex trafficking, conspiracy to commit sex trafficking, and conspiracy to commit forced labor. D.O.S.—which stands for "Dominus Obsequious Sororium," a phrase that loosely translates to "Lord/Master of the Obedient Female Companions"—was a secret group within NXIVM comprising women who were forced to have sex with Raniere. Amongst the alleged members of the sex cult sect was former Smallville actor Allison Mack, who Vargas says gave up a bright acting career to work as a high-ranking member in the pyramid-style D.O.S. organization.

In A&E’s NXIVM episode, Vargas goes deep into the circle’s inner workings with former D.O.S. member Sarah Edmondson, who was branded with Raniere's and Mack’s initials and forced to hand over life-ruining “collateral” to keep her in line. And while just that information was enough to chill us to the bone, Vargas said that the most terrifying part of her investigation was the disturbing realization that it’s much easier to get sucked into a cult than you think. Read our Q&A with Vargas below to find out more.

Why did you want to explore cults and extreme belief systems for this series?

A&E Investigates has a proud history of really going much deeper into the stories we read about and watch on television. And this is a topic just so right for that kind of deep dive.

I think people tend to think that cults are something that happened a couple decades ago and are really sort of far away and remote. We all remember Waco, we all remember Jonestown, but the fact of the matter is that these cults, and other extreme groups, exist today. They exist right alongside many of us in cities, towns, and suburbs across America. They might be isolated in the sense that they tend to not interact with us—the outside world—in any meaningful way, but they continue to flourish and thrive. And the people who join these groups are not gullible, brainwashed people who are losers in life and wondering how they can fit in. Not at all. Many of these people are bright, altruistic, well-meaning people who simply wanted to better themselves or better their life. Or, even more insidiously, they were actually born into these groups and never had a choice about joining.

That’s so scary because it's such a “this could happen to you” type thing.

It is! You know, recently there was a big NXIVM event down in Brooklyn, under a different name. Those of us reporting on the story and the former members of the group recognized right off the bat what it was, but it presents a very attractive façade of "we're all about self-help and making your life better and make you be a better person and happier and more fulfilled." As recently as a couple of months ago, NXIVM was having a forum in Brooklyn while Keith Raniere was facing federal charges.

The craziest part of the episode for me though was when Sarah Edmondson started giving you the rundown on D.O.S. The rhetoric that was used to encourage people to join was the language of feminist empowerment, which is horrifyingly ironic.

Right? It’s like, “Well, what's wrong with that?” Most women I know would absolutely support the [ideas they say they espouse]. Most men I know would support that. That's the problem with all of these groups... they can present themselves very, very well.

In the series, we focus on one former member of the group who recently left and is maybe still struggling with that extrication process. They tell us their story and help us understand how people get involved in these kinds of things. [With NXIVM], it was obvious that the group attracted a lot of, frankly, really talented, bright, and high-powered people who wind up, years later, abandoning their careers and moving to Albany.

As one male member of the group—who was a documentary filmmaker—told me, it was like, "All of a sudden I woke up, and it was like 10 years later. I'd given up my career as a documentarian and I'm living in Albany in service to this man, Keith Raniere. What happened to my life?" But these groups don't start out crazy or extreme or anything. No one says, “Come on in, we're going to make you pose for nude photos so we can use it to blackmail you if you try to quit and hey, we're gonna brand you.” That's not what they lead with. But sadly, that's where many women ended up.

What about the Allison Mack piece of the story? I think I was just bewildered by that when I first read about it.

I'm fixated on that, too, and I kept pushing that part of the story because I'm obsessed with it. I mean, Hollywood is full of waitresses wishing for their big break and here is a young woman who got the big break and made something out of it. Only to walk away from it all and move to Albany, New York, and get involved with this man. Now she’s facing criminal charges. It's an unbelievable story.

What was maybe the most surprising thing about making this series for you?

The complete suspension of critical thinking is a common denominator for all of these groups. People end up doing things they never would have dreamed of doing because it is so slow and so gradual and so insidious. And then you're so cut off from anybody who is not a member, every time a doubt or a worry arises, like, “Whoa, should I be doing that?” everybody around you says, “Of course, you should be!” It's creating an echo chamber saying, “Yeah! It's fine!” Or even worse, if you think there's a problem, they say there must be something wrong with you. They really turn it around on you, and people stop thinking critically and for themselves.

NXIVM episode is just the first of several investigations you do this season. Across the board though, did you talk to people who were still in the cult or religion in question?

We did. We actually had an extraordinary moment in the hour we spend with the [Fundamentalist Church of Jesus Christ of Latter-Day Saints]. Their leader, Warren Jeffs, is in prison for life for child sexual abuse, but his followers remain in their community and remain devoted to him. The one common denominator between all these groups is isolation—not physical, necessarily, but they can't interact with people. Their kids don't go to school with other people. They don't interact. They don't talk. They don't do anything.

Was there one particular subject or interview that you felt uncomfortable or unsettled dealing with?

Certainly. When I sat down and interviewed the head of the Sanctuary Church. He was the only leader of one of these groups that agreed to an interview, and that was an "interesting" experience. This is a man who wears a crown of bullets and all of his followers own assault rifles and take self-defense or martial arts classes. We were all a little bit nervous about walking into that church knowing that everybody there was armed and trained in hand-to-hand combat. So, it did make me worry a little bit... like, what if I ask a really tough question? What's gonna happen? But to his credit, he sat and answered every tough question. Nobody pulled any guns on us, so that's good news… [but] I think we also hired security for that interview.