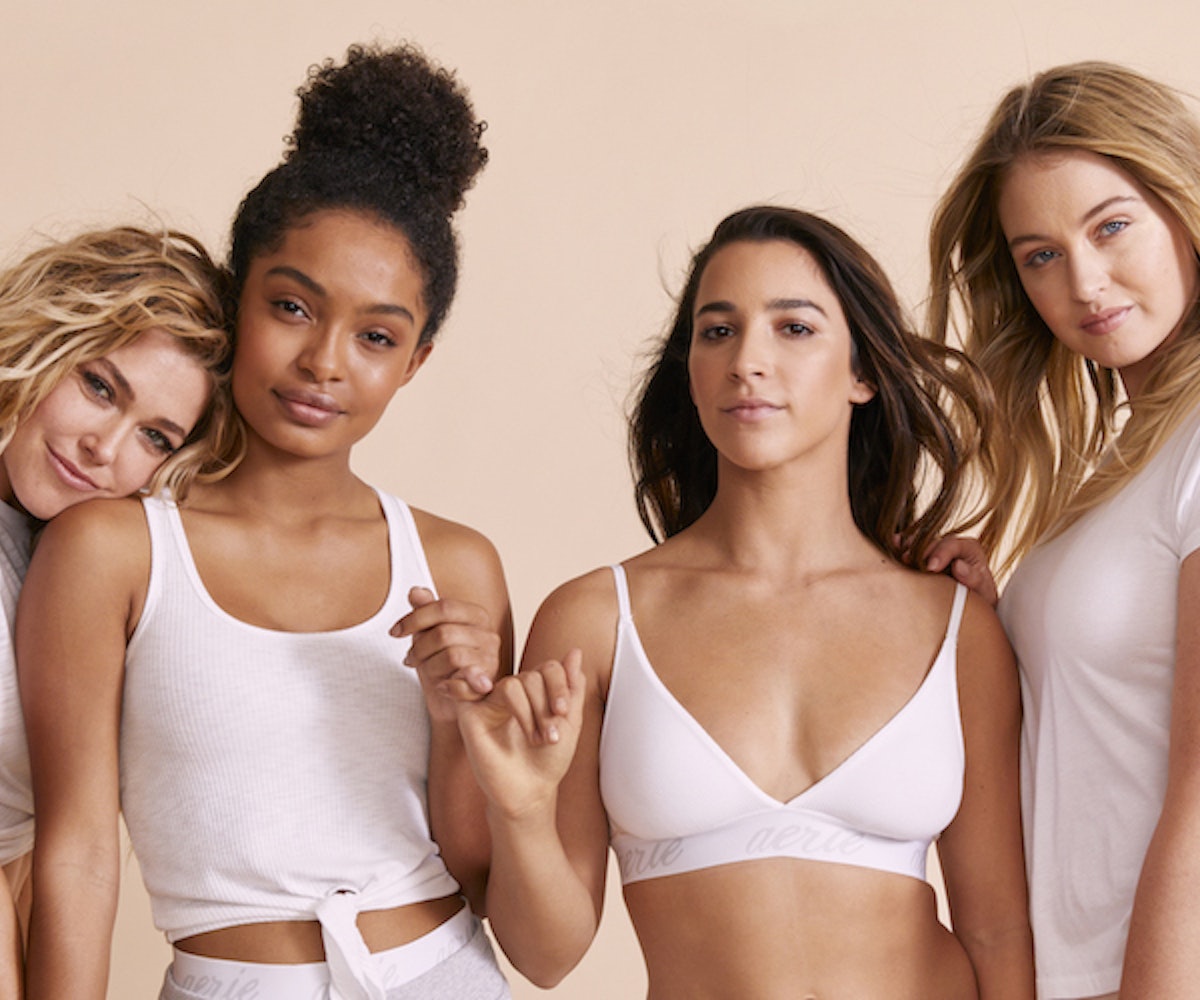 Not only will the four be the faces of the new spring campaign, but they will also promote the brand's messaging of body positivity and empowerment at future Real Talk events held at Aerie stores. In March, the brand is launching a range of products exclusively designed by each of the Role Models, with 100 percent of sales going to their charities of choice.

Aerie has been making waves in the industry for choosing to showcase a diverse range of models of all shapes and sizes in its ads, including Barbie Ferreira, and for its stance on zero retouching.

This announcement is especially powerful, considering yesterday’s victory for Raisman, as well as the other 150-plus victims who have come forward with accounts of abuse at the hands of former USA Gymnastics doctor Larry Nassar, who was sentenced to up to 175 years in prison. “We’ve all been through something that, in the end, will make you a stronger person,” said Raisman in an official statement from the brand.

We look forward to seeing what these influential ladies have in store for us in 2018.