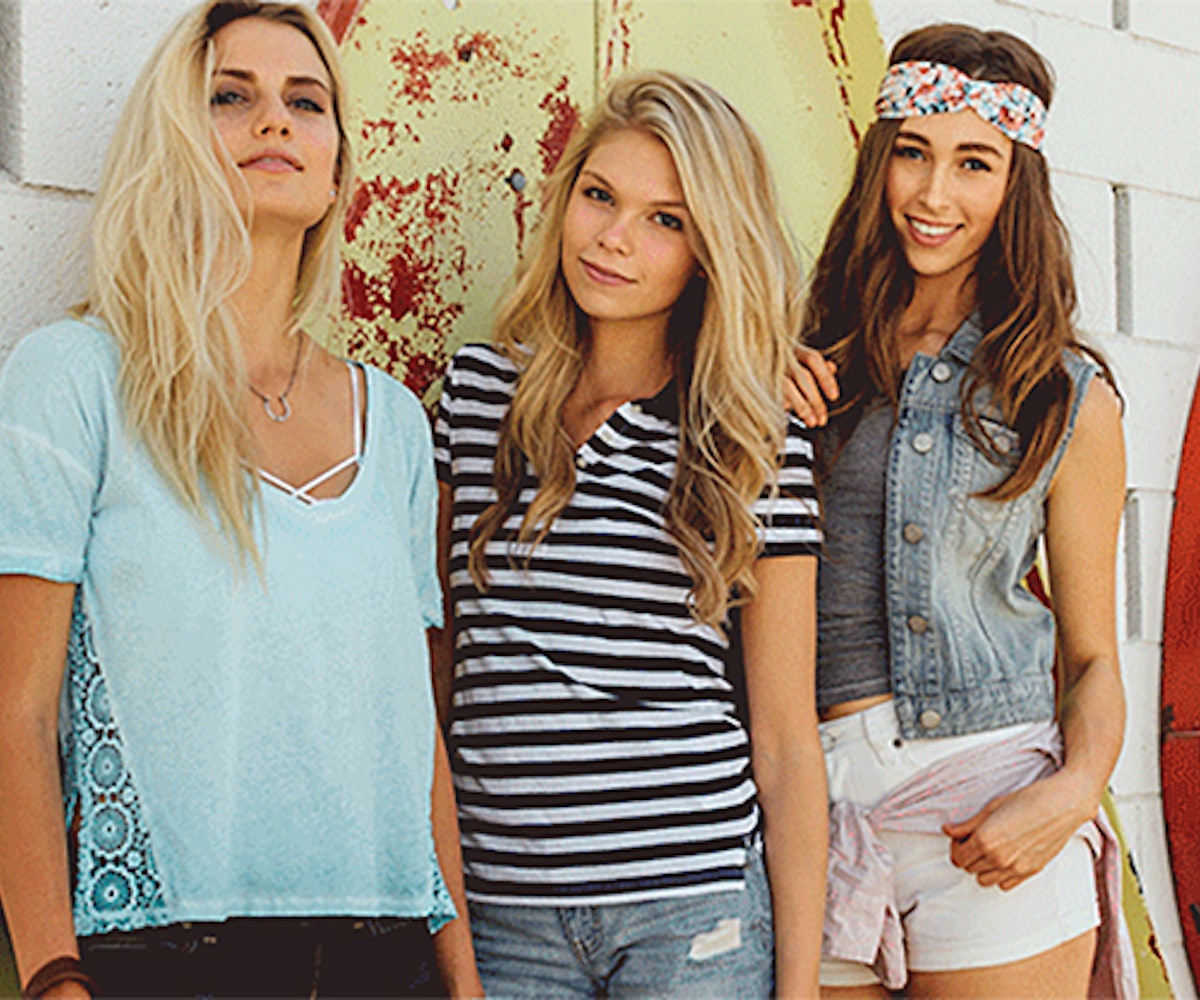 Yet another staple store from our teen years has filed for Chapter 11 bankruptcy protection. Aéropostale, after stating that it was “exploring strategic alternatives” back in March, has filed for bankruptcy. The retailer plans to close 113 U.S. stores and all 41 Canadian stores as soon as this Saturday, May 7.

All of the early 2000s mall favorites seem to be struggling due to the change in teen shopping habits. With the rise of fast fashion and online retailers taking over the teen market, it’s no wonder that stores like Aéropostale and PacSun (who also filed for bankruptcy last month) are taking major hits.

Still, the brand expects to emerge from this bankruptcy within six months with more financial stability, by having fewer stores bringing in larger profits. "Aéropostale will likely emerge from Chapter 11 as a leaner entity with a smaller, but largely profitable, store base, but it does not solve the issue of relevance to the market," said Neil Saunders, chief executive of research firm Conlumino, to Reuters.

“The most important thing to know is that Aéropostale stores are open, and we fully intend to continue selling the latest styles at the same great prices both in stores and online. We also expect to honor all gift cards in full, offer new store promotions, continue employee wages and benefits without interruption, uphold the terms of our international licensee agreements and pay suppliers in the normal course of business for all goods and services delivered on or after May 4, 2016,” stated Julian R. Geiger, the company’s CEO, in a press release.

Our 14-year-old selves are hoping the brand can make a comeback.