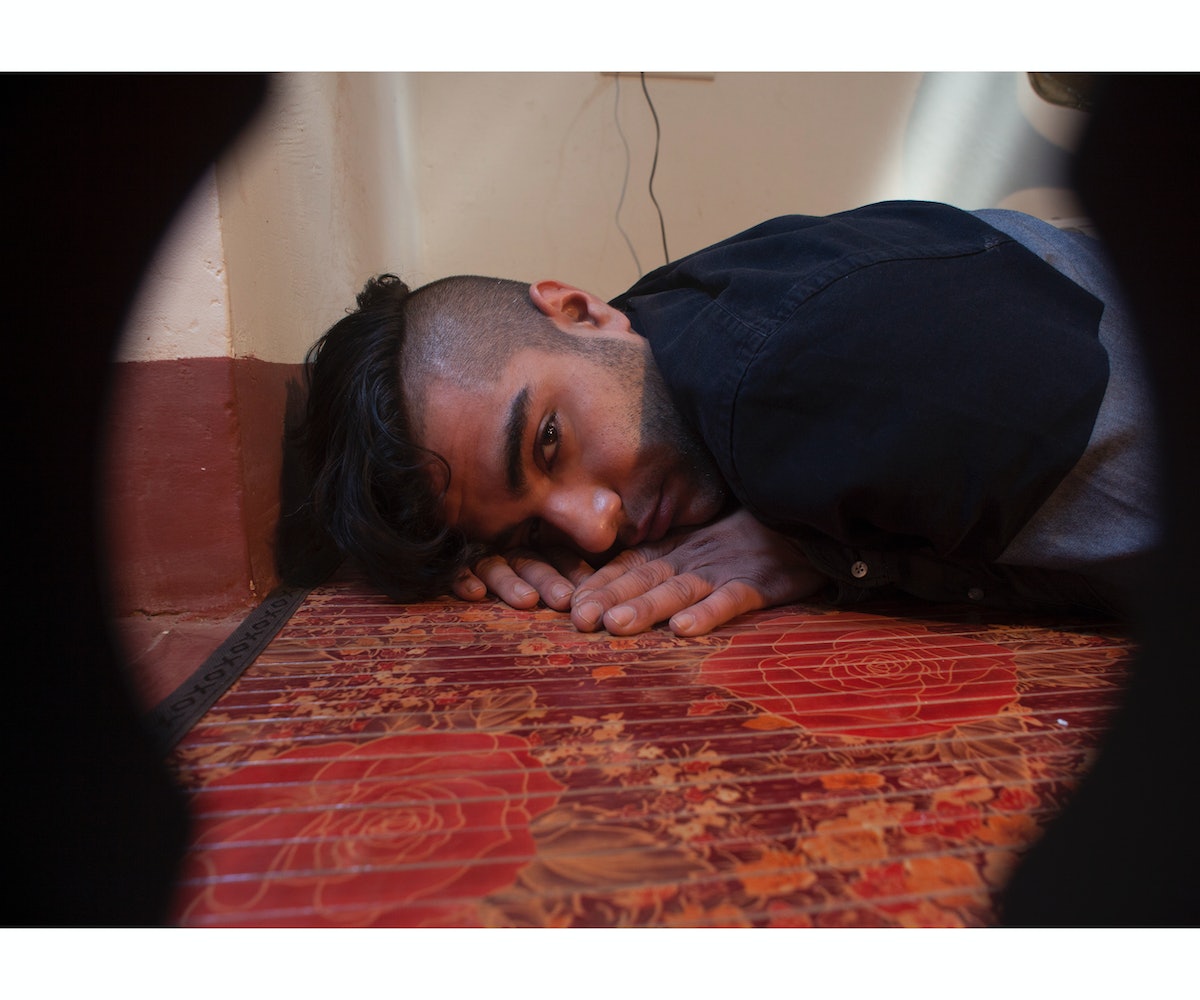 Despite being Heems’ first release with an official label, his debut solo album, Eat Pray Thug, still has the sonic grit and provocative lyricism of a DIY mixtape. The New York-based emcee, formerly of the iconoclastic hip-hop group Das Racist, tackled this project to sort out the gray areas in his life. Being an Indian-American, Heems has lived what he calls a “life of dualities,” endlessly fighting between his Eastern and Western roots.

This fiery frustration ignites on tracks like Eat Pray Thug’s opener, “Sometimes,” where Heems, born Himanshu Suri, rants wildly about racial identity over a Gordon Voidwell beat. A slew of more challenging subjects are probed as the album unfolds: On “So NY,” Heems raps about being called “Osama” in his own neighborhood; on “Flag Shopping,” he divulges the realities of being brown in a post 9/11 nation, and on “Al Q8A,” he boldly calls out America’s shady military tactics and biased media coverage. This may be Heems’ first stab at a solo full-length album, but the result is that of a seasoned pro.

We caught up with the “So NY” emcee to discuss being a first generation American, recording his album in Bombay, and working with producer Dev Hynes.

On being a first generation American:

“My parents are immigrants who came here from India, so in a lot of ways I’ve always felt like I grew up in two worlds. School was my American world and home was my Indian world. I was in between the two, so everything was always confusing in terms of identity and culture. It was the same with college—I studied economics and that was the Indian side of me, and I studied art history, which appealed to my American side. I’m encouraged to be more capitalist by my Indian side and my liberal arts college and Eastern side both fuel my more hippy interests.”

On recording in Bombay:

“There’s not really an Indian sonic footprint on this album in the way there was on [his mixtape] Nehru Jackets. My time in India definitely influenced my writing, though. I was hanging out with these Pakistani poets and it was just this super relaxed, academic environment. This alone influenced the record, which came out of me in only about three days. All of my Indian friends are 30-something artists who have families—they’re in a much more established place than me. I’m almost 30 so I’m looking to the future. This record is about the things I struggled with in my 20s and getting them out of me to move forward in my life. So being in India definitely shaped the album beyond what you hear sonically.”

On the name Eat Pray Thug:

“The name Eat Pray Thug is kind of a joke because it plays on Eat, Pray, Love—this idea of a white lady going to discover herself with food, culture, religion, and Indian men. Eat Pray Thug is about how I’m no different. When I was freaked out in life, I ran away to India, too. Even though I’m Indian-American, my identity is so confusing that I’m guilty of the same exoticism that white people are. Eat Pray Thug is also a reclaiming of the word ‘Thug,’ which comes from the Indian word, ‘Thuggee,’ which comes from the bandits who’d rob British people in India hundreds of years ago.”

On the track “Flag Shopping:”

“That song is about having to buy an American flag to put on your dining room window after 9/11 just so your neighbors wouldn’t throw rocks through your windows. That’s something any brown family after 9/11 will remember having to do. It’s blanket patriotism—like, ‘I’m American leave me alone, please don’t hurt me.’ While white Americans were feeling angry, brown Americans were feeling scared. ‘Flag Shopping’ is about how I was three blocks away from 9/11 when it happened and it was traumatic as hell, especially after seeing how it changed the way my community was treated. It’s the brown people who America associated with terrorism that ended up being victimized by the attack.”

On working with Dev Hynes:|

“Dev is ridiculous—he came in the studio, laid down the drumbeat on the keyboard, laid down the guitar, laid down his hook, and probably did everything for the song "Home" within an hour. His work process gels because I literally write my songs in an hour. "Home" was one of the songs I did in New York—others were made from India looking at New York, kind of as an artist in exile. You know, like the way the beastie boys were in Los Angeles when they made Paul’s Boutique.”

“Our identities got hijacked by the media and by Twitter—it became about how 'these guys are hipsters,' or, 'these guys are from Williamsburg.' So I made my mixtape Nehru Jackets to say, No I’m from New York. I’m an Indian dude and long before Das Racist, I was a reckless teenager roaming around New York. On this new record, I’m not hiding behind humor, my Indian identity, or any Indian samples. This record is just me being me—me trying to make sense of my life.”