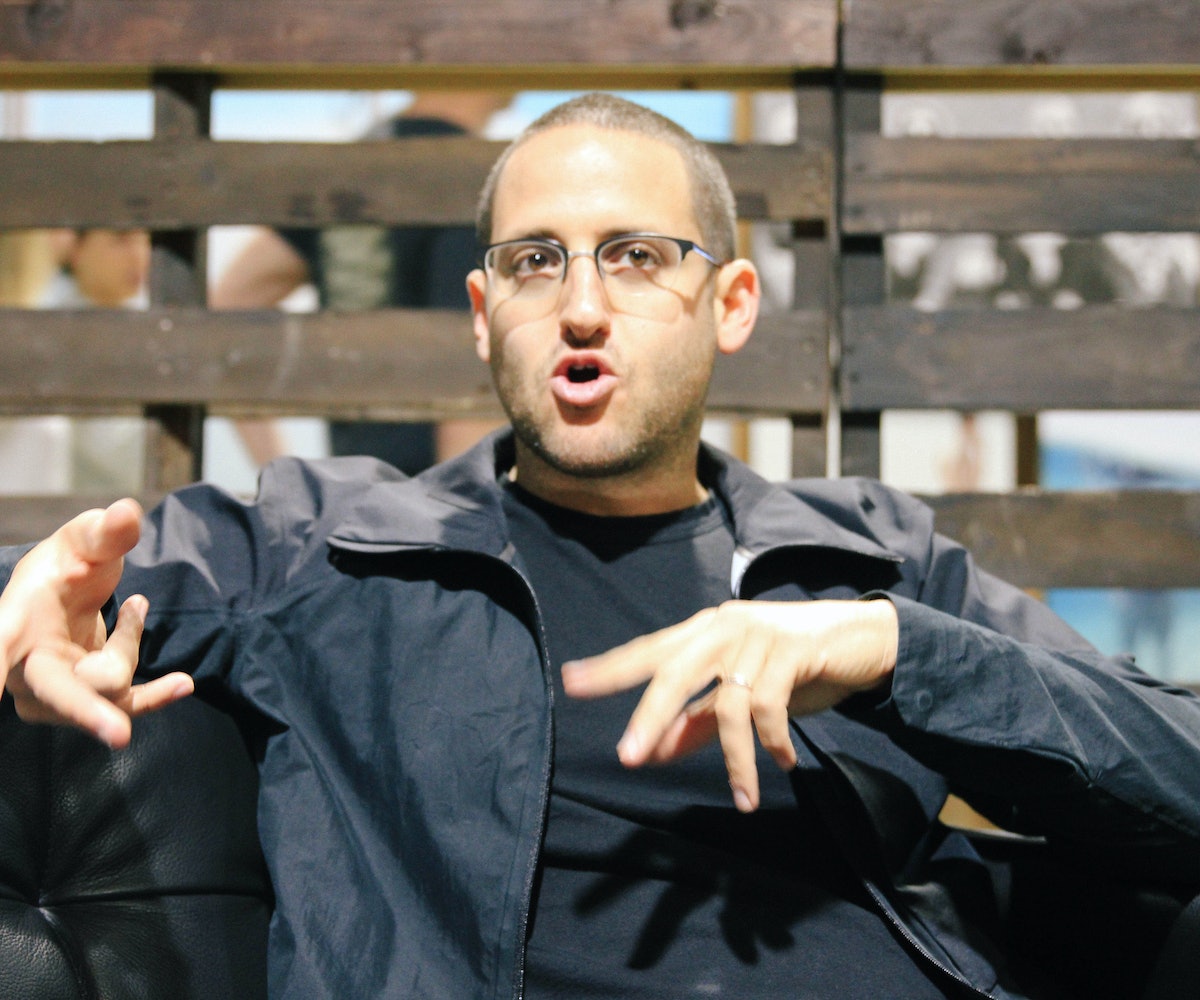 At 19 years old, most of us still have a grip on that last thread of irresponsibility, still savoring the last traces of our teenage years. But in his late teens, Agenda Tradeshow founder, Aaron Levant, was riding a different wave. Now 32, Levant was 19 when he launched a satellite show of thirty lifestyle brands hoping to fill a void in youth culture and, as he puts it, “put everything that I enjoyed in one place.” What was a humble grouping of upstart streetwear companies is now a six-show, four-city expo showcasing over 1,000 exhibitors in arenas ranging from new-technology to fashion and lifestyle. We took time to chat with Aaron at Agenda’s flagship show in Long Beach, California to rap about the origins of the trade show, new initiatives like Agenda Emerge, and how he might just be the Professor X of streetwear culture.

Do you ever get tired of doing this?

Of course you get physically tired, putting on events. This year we put on 18 fashion events, globally, and next year we’ll put on 25. It’s physically demanding, traveling around, taking an empty space and building a city, and taking it down over a five-day period. But as far as enjoying what I do, I never get tired of it. I love it. I’ve been doing this for 13 years now, and everyday gets more exciting.

Most nineteen-year-olds aren’t thinking about launching their own tradeshow, and almost none are taking the steps to make it happen. What motivated you?

I think there were a lot of big shows that were out at that time that failed to recognize the movement. Everyone was like “Hey, you’re cross-pollinating multiple interests.” No one was really recognizing that you could cross-pollinate all of these different subcultures. I wanted to do something to put everything that I enjoyed in one place, and I think no one else was really doing that before.

I think that’s the beauty of the event. It’s not just a big box of vendors showing off their new gear. You’re really bringing people together. It feels like everyone’s hanging out with friends—a real sense of community.

I refer to it as an ecosystem, a lot. I don’t want to upset that ecosystem. It’s a business and people are going to make money, but there’s still a big sense of community. There’s no other business that I can think about where people are competitors and constantly collaborating with each other. They’re literally working on items together. Most people would just be trying to take each other’s markets or whatever, but these guys are friends. A lot of these guys were at my wedding. It’s competitive, but not.

Can you talk about the workshops and the different initiatives that you’re working on outside of the tradeshow?

Yeah, education, for me, is a huge piece of Agenda going forward. I’ve always been interested in something like the Tech Conference. If you watch those, sometimes you’re just blown away. Instead of watching Netflix all weekend, I’ll watch TED all weekend. So, I always wanted to start something like that. And I’ll give them full credit—I didn’t invent the format, I don’t know if they did either. But I started Agenda Emerge two years ago as a way to take some of these amazing stories from these amazing entrepreneurs inside of this business and share them with kids, other people in the industry, the whole world. We have access to all of these amazing brands, retailers, and creators, and I want to spread their messages. Like, Marc Ecko who built a billion dollar empire in clothing and media off of being a graffiti writer, or Bobby Hundreds, or, last time we had Tinker Hatfield, the head designer of Nike. So whether it be Agenda Emerge conference, or Agenda Emerge workshop, I just want to get all of that knowledge out there, and I want to unlock it and package it up in a way where we can open it up to the whole world. We’ve launched a whole media component where you can watch all of the videos. That’s a big opportunity because anybody in the world can get online and watch a show.

That’s dope. You’re like the Professor X and these are your X-Men.

I guess so. That’s a good analogy. I’ve never thought of it that way.

What do you see next after this? Is there an after-Agenda or do you want to just continue growing?

Absolutely. Even after thirteen years, I still feel like we’re only scratching the surface. I still feel like there’s a lot of potential. Global potential. But going back to your last question, the education side of Agenda Emerge, I think that is in its infancy. I think that can become so much bigger than the physical event could ever become. I think we’re going to have millions of viewers and readers checking out that educational side of it and it will totally transform our industry. That’s what I’m most excited about. You asked do I get bored, but that’s what gets me really excited. I love that

I’m looking forward to that because there are so many young entrepreneurs who just need to learn how to take the next step with their aspirations. So many of us have great ideas, but don’t understand what took someone like Ronnie Fieg from working in the stockroom of David Z to opening Kith.

Exactly. And that’s not knowledge you can learn at school. There’s not a class about street-smart entrepreneurs at Harvard Business. In this industry, unless you’re going to be a doctor, or a lawyer, or do some real kind of finite MBA business stuff, this stuff is all about boot strap entrepreneurship and there’s no book on it. And I’m not saying I’m trying to write the book, but I want to get some of the information out there. It’s really about sheer will and determination —that’s what people need to understand—and sometimes a little bit of luck.