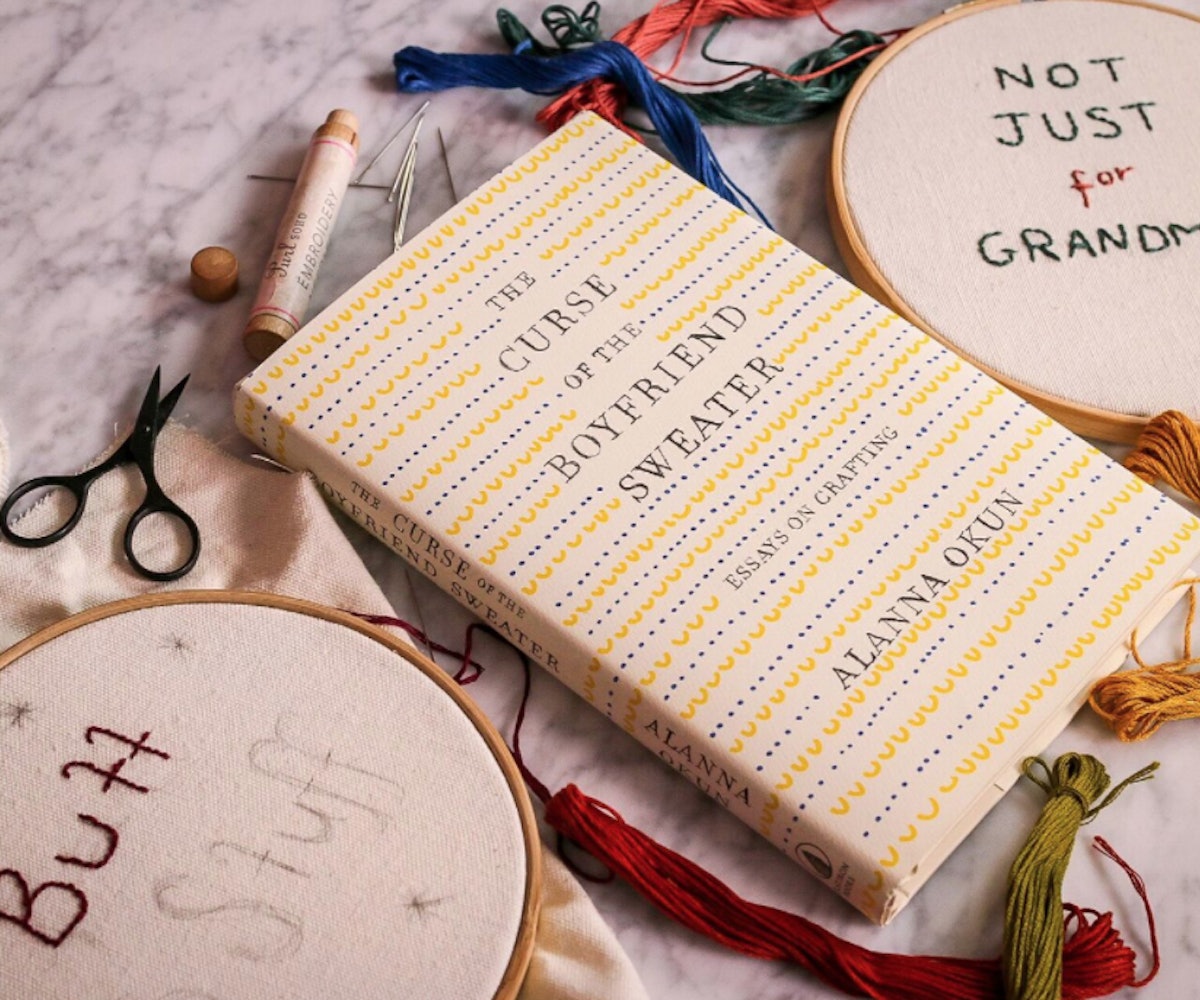 Before sitting down with Alanna Okun, so that she could teach me how to embroider, she showed me all the tools she'd brought along with her: samplers stretched with taut muslin, a variety of colorful embroidery threads, a sheaf of needles, fabric glue. It was hard not to notice her hands as she touched upon each different element of the embroidery setup. There was a burn on one knuckle, a healing cut on the back of her other hand, and her fingers and hands clearly possessed real strength and resilience. "I'm very good at opening jars," Okun said to me.

Okun, who is an editor at fashion website Racked, has a newly released book out today, The Curse of the Boyfriend Sweater: Essays on Crafting, which traces the many ways in which the act of making things, from socks to subversive embroidery samplers to sweaters for rocks (really!), has played a role in the development of her relationships to family, friends, romantic partners, her anxiety, and life in general. Often funny (including Okun's imagined series of Missed Connections, in which she described fellow crafters she spots on the subway) and always deeply felt, The Curse of the Boyfriend Sweater encourages readers to think more about the act of creation, of control, and of how it's okay to start things over, to quit when something isn't working, and to accept failure, but know that just because something is over, it doesn't mean everything is.

Crafting, it seems, is particularly fertile territory for life metaphors, but nothing about Okun's writing is cliche. Instead, she visits ideas that are familiar, but recontextualizes them in such a way as to make them feel new, and like you're closer to truly understanding why we act certain ways, worry about certain things, and try to find order in the chaos around us.

Below, watch as Okun teaches me how to embroider a not-totally-safe-for-work phrase and explains the role crafting has played in her life.

The Curse of the Boyfriend Sweater: Essays on Crafting is available for purchase here.