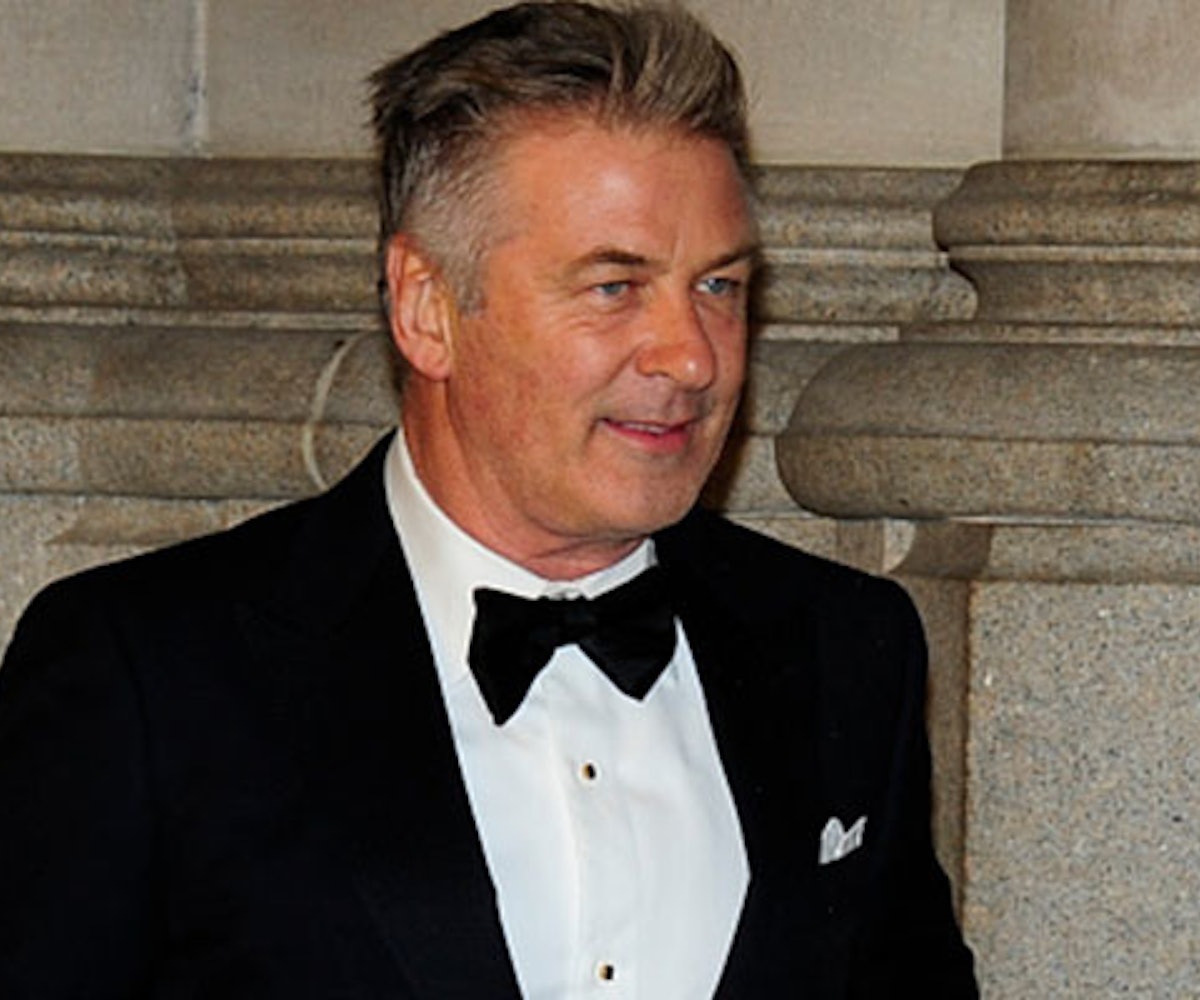 Despite nobody asking for his two cents, Alec Baldwin fired off a series of tweets about the sexual abuse allegations against Woody Allen. The actor claims that Allen's adopted daughter, Dylan Farrow, is lying about being sexually molested by the filmmaker as a child and that she's "shaming" the public into believing her story. Right about now, everyone would like Baldwin to STFU.

"1 of the most effective things Dylan Farrow has in her arsenal is the 'persistence of emotion,'" Baldwin tweeted like he has any idea what he's talking about. He then compared Farrow to a character in To Kill a Mockingbird who falsely accuses a man of rape. "Like Mayella in TKAM, her tears/exhortations r meant 2 shame u in2 belief in her story. But I need more than that before I destroy some1, regardless of their fame. I need a lot more."

As Jordan Crucchiola points out for Vulture, Baldwin comparing Farrow to Mayella doesn't make much sense considering the fictional character was actually sexually abused by her father in the book. So, while she did falsely accuse someone of rape, that's not the best character to illustrate Baldwin's point.

Baldwin is pretty much the only one in Hollywood defending Allen at this point. Several cast members of Allen's upcoming film, A Rainy Day in New York, have condemned him and donated their salaries to the Time's Up campaign and other organizations. Many actors have said they'll never work with Allen again, and there are rumors that Amazon is considering dumping his new film altogether.

For decades, Farrow has maintained that Allen sexually abused her over the course of several years, beginning when she was just seven years old. She's detailed the incidents in multiple op-eds and, most recently, in a TV interview. Allen has repeatedly denied these claims.

Earlier this month, Baldwin tweeted his defense of Allen, writing that he was "investigated forensically by two states (NY and CT) and no charges were filed." He thought the "renunciation of him and his work" was "unfair and sad."

“Is it possible to support survivors of pedophilia and sexual assault/abuse and also believe that WA is innocent? I think so," he wrote.

In his latest series of asinine tweets, Baldwin brings up Farrow's brother Moses, who defends his father against the accusations. "Which of Mia’s kids got the honesty gene and which did not?"

Farrow has since responded to Baldwin's latest comments, telling the Hollywood Reporter, "It’s interesting that Mr. Baldwin chooses to dismiss the judgments of Justice Wilk and Prosecutor Frank Maco, who reviewed ALL of the evidence instead of just selected bits and pieces. However, considering that Mr. Baldwin confidently invoked Mayella Ewell to make his point while forgetting that it’s been hotly debated that she was, in fact, raped by her father, demonstrates that perhaps Baldwin is just not a stickler for details.”