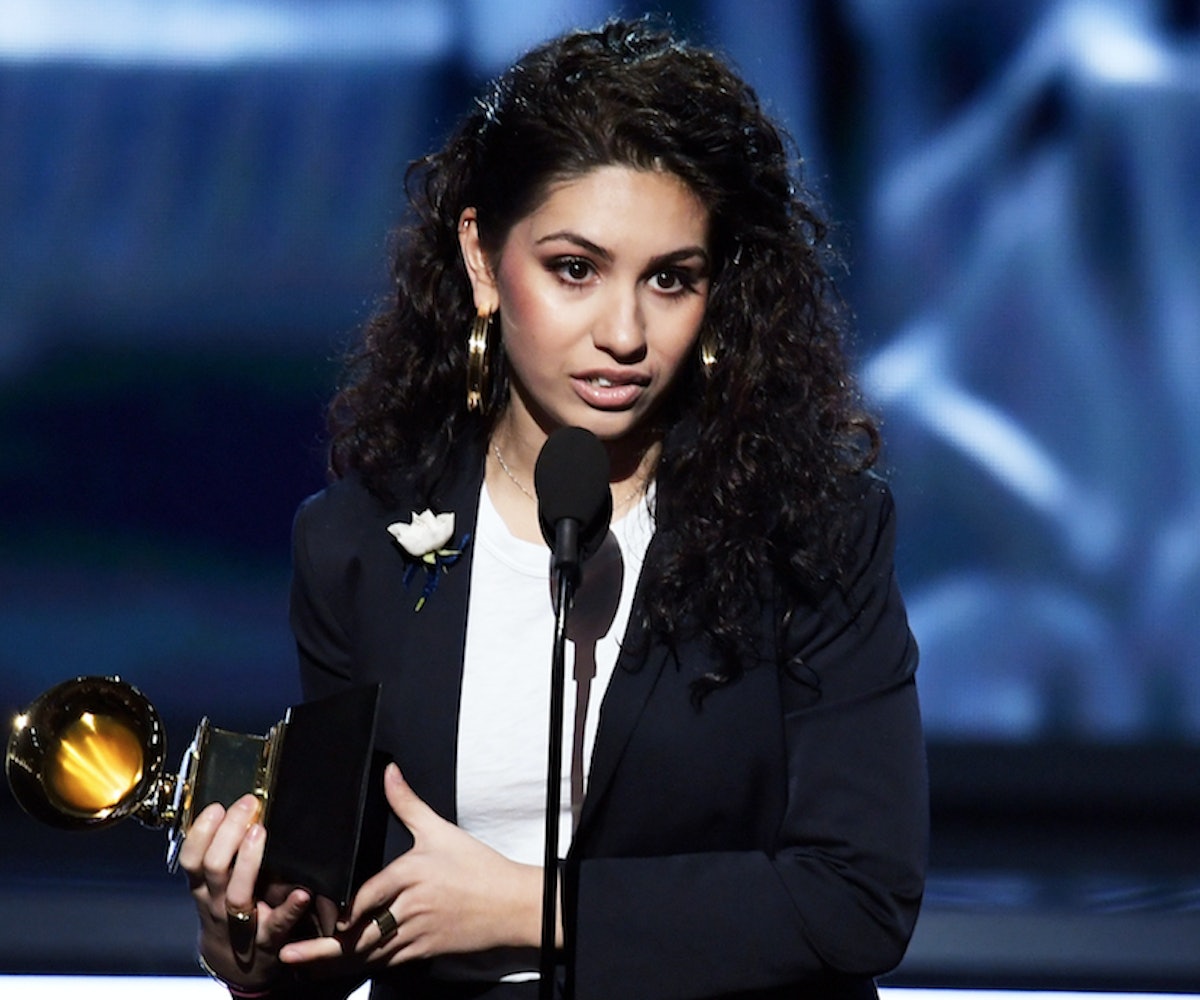 A lot of people were upset that Alessia Cara won a Grammy Award for Best New Artist on Sunday night. Many took her win as a direct snub at SZA, Lil Uzi Vert, and Khalid for several reasons, the main one being that Cara isn't, exactly, a "new artist" given that her last album came out in 2015.

But yesterday, Cara took to Instagram to share her thoughts on the "backlash" she's faced for receiving the award, and why she won't apologize for her win.

"I didn’t log onto Grammy.com and submit myself," she began. "That’s not how it works. I didn’t ask to be submitted either because there are other artists that deserve the acknowledgment. But I was nominated and won and I am not going to be upset about something I’ve wanted since I was a kid, not to mention have worked really hard for."

She also addressed not being a "new" artist, stating that she's aware that her music wasn't recently released and that it's become "fairly popular in the last year." And while her music may not be recent, according to Cara, she's been using her growing popularity during the past few years to bring important issues to light while making the most of her success—which she's entitled to do! "I will not let everything I’ve worked for be diminished by people taking offense to my accomplishments and feeling the need to tell me how much I suck."

Cara went on to discuss the insecurities she had since she was a kid, and why the Grammy win means more to her, before ending her note with a thank you to those who supported her along the way. "All of the years feeling like I wasn’t good at anything or that I was naive for dreaming about something improbable have paid off in a way that I have yet to process. I know it sounds cheesy and dumb but it’s the honest truth."

While it's nice that Cara took the time to address what winning the Grammy means to her, she didn't have to, nor should she have had to. The thing is, whether or not fans thought Cara was "deserving" enough to win, at the end of the day she did—and she got there based on her own merit.

NEXT UP
Entertainment
Bad Bunny, Lizzo, Kim Petras Will Perform At The 2023 Grammys
Culture
Kaia Gerber Won’t Stop Until She’s Cast As Patti Smith In A Biopic
Nylon Nights
How Renzo Rosso Turned The Pelican Hotel Into A Miami Must-Stay
Entertainment
Samia On 'Honey' & Saying The Ugly Part Out Loud
Style + Culture, delivered straight to your inbox.