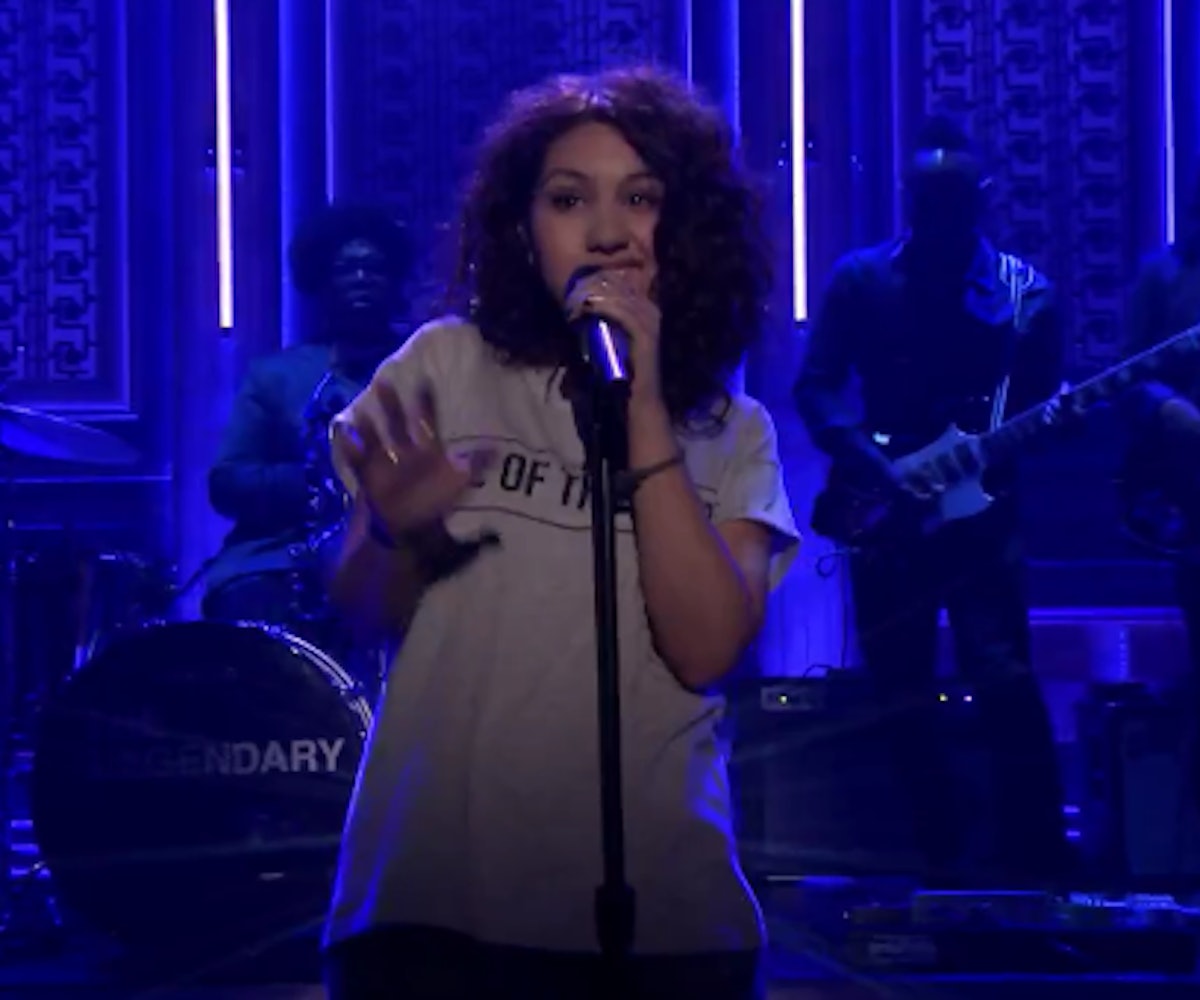 Alessia Cara’s rise to stardom has been swift. Last night, on The Tonight Show, she made her television debut off the strength of one single, the world-beating “Here,” which Cara robustly crushed with the help of The Roots. The song, a sultry, slow-burning anthem about being at a party you could not care less about, has already been spotlighted by the New York Times, and is currently closing in on three million YouTube views. It’s also helped raise anticipation for the Canadian’s debut album to a fever pitch. Cara, who got a huge cosign from Taylor Swift after performing a stunning rendition of “Bad Blood,” is only 18 years old,  but judging by last night’s confident, sexy performance, Cara’s been doing this for years. (She has.) Up next: World domination.